A few of us got together to organise a baby shower for a friend of ours.
On the day of the shower, one of us was saddled with the task of bringing her to the venue under the guise that we were going for karaoke. The idea had been sold to her and she bought it, infact we gave her the liberty to choose a date which happened to be the date we had all agreed on. P, the one who was to bring her to the venue made her believe that they would have a quick stop so she could collect something from a mutual friend of theirs before proceeding to the karaoke venue.

When they arrived at their friend's house which happened to be the venue, P sent a message to notify us that they were downstairs so the lights were switched off and we all stood slightly away from the door. The door bell rang and the host went to answer the door. Being the gregarious person that she is, we all heard her voice, she came through first. As she opened the door, we all shouted surprise in a chorus. She shut the door, that reaction was priceless. She was ushered in and we all could not help but laugh at her. She kept pointing at us one by one and recounting what we told her earlier in the day and how we managed to leave her behind in the office. 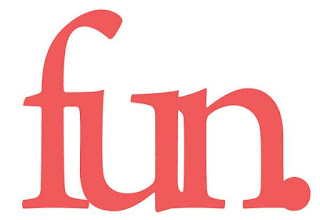 Before long, she got over the shock and was her usual self, posing for pictures and having fun. It was a fun night, there were about ten of us.

Alcohol is not for me I always say, I do not like that it isn't sweet. That's my general excuse, but I have been asked why I do not take the sweet ones. There is something about alcohol, we just do not agree, even the sweet ones do not work for me.
Now there was this very lovely punch prepared by V for the shower, it tasted so good and I could not taste any alcohol. I have tried drinking so many forms of alcohol and punches, but this one was different. Or now I ask myself if it was me just trying to approach alcohol differently. Anyway, I had about two to three cups of it and in trying not to go over board, I switched to water.
Another friend of mine, E, who equally does not drink alcohol had the punch too, to tell you how good it was! By the end of the shower, she was saying that she was light headed but I thought she was joking. She kept saying she just needed to sleep. She left before the rest of us.

I caught a taxi to take me home and half way through the journey, my head did not feel like mine + I was soooo sleepy. Thankfully, I did not drive. I tried hard to keep my eyelids from shutting until I got home. I walked in and the first thing I said to my sister was I think I might be tipsy, she laughed so hard and was amused that I had drunk to that point. I explained of course then I went straight to bed! 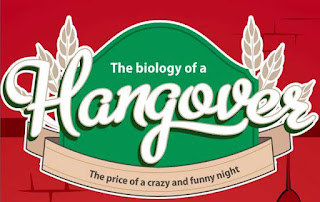 The next morning I woke up with my head throbbing, I was in a foul mood and unfortunately, my mother suffered most from that (which I regret now)! I called E to find out how she was doing but her phone went unanswered so I assumed she might have been in the same state as me, which she confirmed eventually. I sent a message to another friend who told me I might have a hang over. It sounded ridiculous but that had to be it. I had pain killers and tried to rest which I did not manage to do, but I kept drinking water that it must have cured me of whatever I was feeling....

At this point, it is without any doubt that I say, alcohol is not for me!!!

By the way, I had to ask V what she put in and here is her recipe (do not ask me for measures!):
- Rum
- Pineapple juice
- A bottle of grape juice (in form of non alcoholic wine)
- Black currant juice
- Grapes
- Oranges
- A little lime
The fruits were left in the rum all night and left to chill then every other thing was poured in and mixed together.