If you missed the last two parts, read part one here and two here

There were so many factors that stood against the relationship from the start; my dad had always said none of us would marry a non Igala person, he was a professor and wanted me to follow in his footsteps, he was from a place my people were already prejudiced about, I was in my final year while he was just starting university over again, even though he was 5 years older than me, and finally, I was a church girl and he was a bad boy. There were enough reasons to conclude that it wouldn’t work, the odds were against us. But something kept me close to him...I kept telling every one of my friends who asked me why I stayed that he has a beautiful heart. It didn’t make sense but that was it. I made things difficult for him. Somehow I had convinced myself that nothing good lasts forever so this great thing I had going wouldn't last, so I lived in hopeless fear that it would end. I kept breaking up with him, so I could save myself the trouble but he kept chasing me.

When I went for my National Youth Service Corps, I started attending this church and I got born again. I fell in love with the people and the environment immediately. I continued attending the church, then I made up my mind one day to break up with Yakowa because he wasn’t born again, and I did...after a lot of issues of course. Months down the line, an experience we both had changed him and he also became born again. So we got back together and moved on from there.

I was always lucky with getting jobs while he wasn’t for a long time. I was the girl who didn’t have a boyfriend to take her out or foot bills. There were so many issues but we worked through them. He did everything from selling bread to fish to petrol and finally, he set up a graphic design company.

I was tempted several times to leave him for "better options", men with more money, men who are seemingly more spiritual than him or more social, some of them came my way but Yakowa says he heard God tell him clearly that I was his wife. As for me, I refused to hear God. When I met him, I saw trouble but I liked it, my impression was that we would have a long tumultuous relationship. As much as I knew it could be fun, I wasn’t sure if I would last through it all. I finally settled down to listen to God a couple of years ago and that was what kept me in the relationship.

Now over the years, each time I tried to bring up Yakowa’s name with my dad, he would say different things like he can’t take care of you, he isn’t Igala, his people eat human flesh and they eat dogs and one that took me by utter surprise: he is a demon from hell sent to destroy your life.
From 2004 to 2015, we held on, through all our many break ups and challenges. Yakowa has always chased me and it’s only recently that I have stood still.
Yakowa asked me to marry him and of course I said yes…that M and B experience is still the case when he kisses me :-) But I knew I had a big hurdle to cross with my father. Although I decided years ago that he would have no say in my choice of partner, my parent’s blessings is important to me. 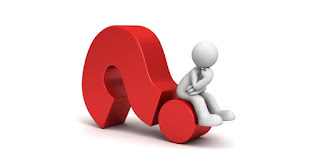 We completed all the requirements from church to get married but as my father was adamant that I would not marry someone from Kaduna. As I no longer live in the same city as my parents, the pastors from my church travelled with me to meet my father and have a chat with him. They had had cases like this before and sometimes, parents just need some reassurance. Parents do not always get it right, do they? They could be wrong too. This seemed to me like a case of my father trying to live some of his dreams through me. When the Pastors spoke to him, this time, all those reasons he gave me over the years didn’t come up, he just said we are free to experiment, but no family member of his would attend the wedding.

The church remains in a dilemma, they say our situation is peculiar, that they have never had this sort of standstill before. Usually there would be some support from the family of the refusing parents, but in this case, my dad is the first and most successful. It’s a case of the piper playing the tune, so all the family members are dancing or else... so I have no one to give me out to be married, even my brother can’t give me out unless mandated by my father.

Thank you for coming back even though I had to stretch the story out in three parts. I also say a big thank you to my friend for her courage to speak out by asking me to share her story. She has enjoyed reading your comments and we hope this has helped to create some awareness on similar issues, and to motivate us to think of solutions to trends like these.

Epilogue
The wedding was officiated by the church after much deliberation, it was an unconventional wedding. The outfits worn by the couple were not the usual white dress and suit. The bride's dress had touches of white but bright African prints sewn into it, while the groom wore a Nigerian outfit called a babanriga :-) It was a beautiful wedding and the love from the couple was beautiful to see.
Although the bride's parents were not in attendance, there was no shadow of doubt for them, they were sure this was the path they wanted to walk. This was the victory they had held out for, for eleven years.