Why am I still single at thirty three, she wondered... Everyone but her could see that it was about her attitude. Although she would not accept that she gave off the impression of such an arrogant person. She was nice, no doubt but only if one took the time to know her. Not many people lasted in her life beyond the first meeting.


She had been with a few men in the past. Although their relationships did not work out, they remained in touch, they stayed as friends. She still had a thing for this one, Darey, they had a very strong connection while they were together. She could not even remember why they were no longer a couple. They were in different countries but they kept in touch. He planned to visit home and that kept them pleased, super pleased as there would be a possible reunion. She woke up horny a lot, probably as the anticipation to be held kept building. She had been sex starved for some time, about a year, she was looking forward to seeing him and of course…

The moment he landed, it was like he had been set free. Previously, it was like he had been on a tight leash. He had also been celibate since his last relationship which ended quite badly. He wanted to hold Lola. His last memory of her was a great one, she was one of his best girlfriends but the distance could not work for them. As he walked out with his luggage, she was right there waiting, she had that smile, that beautiful, childish smile, which was one of the many reasons he fell in love with her. They kissed and it sent rockets flying. It was a Friday and they would have the weekend together.

On arrival at her house, they ran in, peeled off their clothes and that was the last thing Lola remembered about anything else. She woke up the next day half confused, seeing a man beside her…she almost screamed but remembered just in time not to embarrass herself. He turned over and smiled. Last night was wonderful he said, and that set them off again.
Having tired themselves out, they were ready for a shower and that was when he remembered that he had luggage. That was the last thing they cared for the previous night. He grabbed a robe and dashed to the car to get it. Presents were unraveled, Lola was loving this. ‘I could get used to this’ She mumbled. It reminded her how much she had missed having a man to herself. She chose not to think of any of that but enjoy the moment. He would have her undivided attention for that day and the next day before Monday.

They were indoors mostly, only went out for one meal. They cooked. Lola discovered new parts of her house thanks to Darey. He was one person who got her, he knew how to handle her in so many ways. He would be around for two weeks but she would only have one full weekend with him because of work and he would need to travel to other parts of the country. Time flew by so quickly and they were back at the airport where old flames were rekindled with no certainty of tomorrow.

Weeks after, she was bleeding as usual. It was that time of the month so Lola did not worry. But there was something unusual and she started to feel funny. Lola went straight to a pharmacy and got home pregnancy kits, three of them! She took the test at different times of the day but did not look at the results. She wanted to have the pleasure of seeing them all, to show how silly she was for thinking in those lines. She picked them all up to have a look just before going to bed and she almost jumped out of her skin. They all showed two red lines, every one of them!

The hours passed so slowly, she could not sleep. She counted, waited, wished she could urge time forward. She knew that her life was about to change. As dawn broke, sleep came but she jumped out of her bed at the first appearance of daylight. She got ready and rushed to the hospital. This was not happening to her, she simply could not believe it. She asked for tests to be conducted. She sat there praying and hoping that everything would come back negative. She reminded herself of how silly she was to have gone skin to skin, so she prayed to everything she ever believed in, not to have been infected by any disease and worst of all HIV. That was her biggest fear. How would she live? How would she face anyone? She had no parents, who would look after her?

As she sat there with her tear stained face waiting, her name was called. She got up like a robot and went in. The results were handed to her and she went over it five times but missed the negative that was staring at her for HIV. She was informed that the reason for her bleeding was a threatened abortion but her baby was fine. 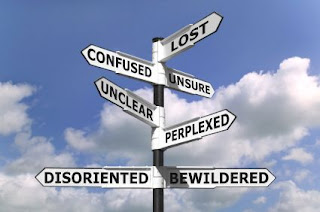 She calmed herself down eventually and made the call she had been dreading. There was silence, it was deafening…”are you a toddler?” he finally said. “You obviously planned this!” Lola had no strength left to make excuses or point accusing fingers for their being carried away. “You know what? Do what you want but I will have no hand in it”. She stood there staring at the phone, unsure where to go or what to do. They had been chatting the day before but with this news, Darey sounded like a monster.

She had been looking forward to being a mother although not like this! She remembered that she had made a promise to herself never to take out a child as long as it was not life threatening. She had to keep that and be true to herself. She informed a few close friends to gauge their reactions…
She was hurt and confused. She went to her lawyer to draft an agreement. She sent it to Darey and it stated clearly that he would have no part in the child’s life and he was willingly giving up all paternity rights + there would never be room for reconciliation.

Time passed, then after her first scan, she fell in love with this person growing inside of her. She decided that she would do everything to protect him/her then she remembered that Darey had still not signed the agreement.

Photo credit: http://www.compression.org/uncertainty-and-depression/
This story is based on true life events
Posted by Ene Abah at 10:22:00