Christine was heading to the Carrefour not so far from where she lived, in the 13th district, arrondissement, as the French called it. The 13th arrondissement is a charming area, depending on the part you live in. She lived close to the National Library of France, on the long boulevard called Vincent Auriol. That area overlooks the Seine River and all you need is within reach. Shops, metro stations, buses, restaurants, a swimming pool, clubs and a cinema. This Carrefour was three stops away from the metro stop outside her door, ‘quai de la gare’. She had just finished shopping and was waiting in line to pay when she heard someone call from behind, but she assumed he would be talking to a friend. He kept speaking like he was speaking to someone far from him, which made her look over. There was a woman right behind her, then a man before this man that was calling. She and the woman behind her burst out laughing, it was just ridiculous. The guy was relentless and said a few nice things, the one she remembers clearly; ‘if I were to wake up next to you every day, I would be happy for the rest of my life’…She did not want to believe he was talking to her but in any case, that provided entertainment for their time on the queue. 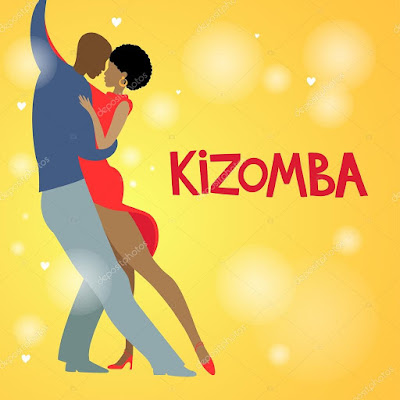 She paid for her groceries and left. As she was on her way to the metro station, she heard the same voice and this man was running towards her. She put her bag down and had a good laugh. She wondered whether this was the French romance she had heard so much about. When she finally stopped laughing and caught her breath, she asked him what he wanted. The guy obviously would have followed her wherever she was going. He asked for her phone number and she gave him a number with one wrong digit, but he tried immediately and when it didn’t ring, she had to give him the right one. She just needed him to go and was trying not to freak out.

He ended up being quite a friendly and interesting French man. He wanted to show her all of France and quite quickly, he had so much promise, but after a few meetings she had to let him know that she didn’t feel the same way. He was so hurt that he could not remain in touch with her. He told her plainly that he would have to cut her off, which was fine with her. She only wondered if she was not too quick to let him know that the feelings were not mutual. Was she missing love that would last? He was a good kisser anyway!

Time passed with nothing eventful until her flat mate mentioned that there was a Kizomba dance competition she was going for. The flat mate informed her that they would be heading to La Bastille…Khao Suay club, 20 Rue de Lappe, in the 11th arrondissement. This flat mate was Angolan and Kizomba was obviously a normal part of their culture. It was new to Christine but she loved the vibe and the energy. The dance was sensual, eclectic and thrilling to watch. The way the dancers moved, the looked like professionals and you would think they were born dancing. The crowd was so alive with screams and excitement, all for good reason. Christine could not stop smiling.

When the competition was over, the dance floor was open to the crowd. Some who knew how to dance Kizomba showed their moves while people like her observed, then tried to follow. At some point, the music was changed to regular music that everyone could hop and jump to. One of the things she tends to look for on the dance floor in general, is a good dancer. She likes to believe that she has a few moves, so she prefers to dance with people who can match her rhythm and whose rhythm she can equally match or even better, be inspired by.  Other people look out for these things as well, don't they?

As she danced away, she found a partner with whom she had so much fun. He seemed to have some competition as there were two other guys trying to come up to dance with her. Christine's dance mate wasn't backing down. Eventually, she turned to one of the other guys and apart from his dancing, he was not bad. It was such a fun evening. By the time they were ready to leave, she had a queue of guys trying to get her phone number. She obliged two she had danced with, they seemed like fun people who she could possibly hang out with. Her flat mate looked on with disgust while she waited for the exchange but Christine couldn’t be bothered.

When they got on the metro, there was some guy staring, then he gave a very brief smile, looking in Christine’s direction. The flat mate blurted out then…"what is it with you and white guys?!" Christine hadn’t noticed, she just knew she was getting attention from guys. The flat mate pointed out that the white ones seemed to like her. This flat mate was light skinned and obviously had some caucasian blood in her ancestry. Christine on the other hand was fully African. She took stock at that point, and noticed her flat mate was indeed right. But, oh well!

Adrian, one of the guys from the club, was eager to meet up, so was she. He quite fancied her and would kiss her all over the place, she was enjoying all this attention. They took boat rides and walks all around Paris. She saw the city through his eyes. However, Adrian wanted everything too quickly, but she was not ready, so he walked away. She had a few men come her way until she met Claude. He seemed patient, he was in no hurry, he went at her pace. They genuinely enjoyed each other’s company and she found that his mind was a maze.

When she eventually had sex with him, it was awful, the worst sex she remembers. He struggled with the condom, she went totally dry, it felt like a rubber going in and out of her. She knew nerves might have been responsible, so she didn’t hold it against him. They went for lunch few days later and somehow; the conversation went towards their plans. She wanted to see the world, she was ambitious and she was adventurous. He on the other hand was a more laid-back person and was comfortable with being in one place. He would not want to have his life uprooted from what he knew. As the conversation progressed, she tried to ask where they could find a middle ground, but almost in protest, he said ‘I am French, it is all I know and all I ever will be’…He didn't mean for it to come out that way, but it was already too late.