Thanks to Estrella this post is being written. She asked that I write about feminism especially with regards to relationships in the Nigerian context...
When I googled feminism, the definition that came up was “the advocacy of women's rights on the grounds of political, social, and economic equality to men.”
Feminism in the context of a relationship…I am not sure how well these two go together but I will say on my part that I believe that both individuals in a relationship are meant to complement each other, the female as well as the male have a role to play. Where one is lacking, the other could make up. This is very vague but that’s my line of thinking for starters.

The notion of one sex being superior to the other has long been a bone of contention for many. I am not writing this to negate or to agree to that notion. Each person can make the choice for herself/himself. As open minded as I would like to think that I am, I could be traditional in some areas. When it comes to a relationship, in terms of marriage/civil partnerships for instance, I still have the notion that a man should be a bread winner, that the man should be the head. The woman could earn more and contribute significantly to running the home, she could even be the one bringing in all that is needed to run the home when there might be a case of the man losing a job or going through a rough time because these things happen but the man should still take the lead. However, certain things are true in a relationship like both sexes need each other. 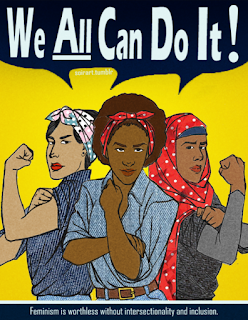 In the Nigerian context, like any other context, there are chauvinists. A chauvinist is “showing or relating to excessive or prejudiced loyalty or support for a particular group or cause.” In this case it will be prejudiced loyalty to men and not thinking that the woman should equally matter/have a say.
Looking at the typical Northern part of Nigeria for instance, men are everything. A woman is hardly allowed to go out, to be outspoken, she is meant to be submissive. I do not dispute submission but submission to the point of non-existence, that’s where I think there is a problem. A woman is meant to be invisible basically and do her husband’s bidding which I do not agree with. This might be happening in other parts of Nigeria but I can only speak of what I am aware of.

Sometime in the 1800’s in England, this was the case for women in Victorian Britain.
“A married woman in England has no legal existence: her being is absorbed in that of her husband. She has no possessions, unless by special settlement; her property is his property.  An English wife cannot make a will. An English wife cannot legally claim her own earnings. An English wife may not leave her husband’s house.  He has a right to enter the house of any friend or relation with whom she may take refuge, and who may “harbor her” and carry her away by force, with or without the aid of the police.
If the wife sues for separation for cruelty, it must be “cruelty that endangers life or limb” and if she has once forgiven his offense, she cannot plead them. If her husband asks for a divorce, she is not allowed to defend herself. Her husband can divorce her so as to marry again; but she cannot divorce the husband for any reason.”
So the part of a woman being invisible is not new or typical to Nigeria, this has been in practice for a long time. But my question would be: why does it still happen?

On the other hand, with modern day culture, some men may have lost any form of chivalry. Some men are too direct and have little or no respect for women. The act of ‘gentlemanliness’ might have been thrown out of the window, there is little courtesy. A man might not realise today that he could offer his seat to a woman, or allow a woman to pass if they both are standing at a door, or treat a woman with respect at all times especially in public. A woman might also not be sure of how to act these days in a relationship, especially when she is a high flying career woman who has it all going. A man might come into her life but that would not provide her guarantee on certain levels. The companionship may be important but some women in this category simply do not know how to be submissive. While it is fine for some men, it is a major problem for others.

I do not dispute that there are some women who take the feminism thing too far. For women like that who are in relationships, I wonder sometimes why they would not be self-sufficient in every respect.
Now striking a balance with whatever cause anybody may be standing up for is one issue I always raise. I might be feminist but the manner in which I go about it may be wrong. If I am always on the defensive, that will certainly put any man off in a relationship. Here is a typical case of a friend (as many examples as I may have, I am sticking to the Nigerian context):

A person she dated would watch out for her outfits. He would ask her to help pick something up when they were dressed and about to head out, then tell her that she couldn't wear the dress she had on. He would say it in their native language to quell the authoritative tone but she noticed that it was controlling. He would ask her to just wear a pair of jeans and a top and not to go overboard with her dressing. She always did that and would look drab compared to the other ladies in attendance. She had to stop him by telling him that she did not like his sense of style but overlooked it sometimes because she didn't want his self-esteem to take a blow. He got her message clearly and let her be.
One thing to note would be that this guy met this lady and one of the things that must have stood out to him was that she was HOT :-) now why would he want to change that? From this example, we see her being subtle but standing up to what she thinks should be. Would we call that feminism? I would say yes but she was not aggressive in her approach and that tends to be the issue some men I have spoken to have with the feminism thing. 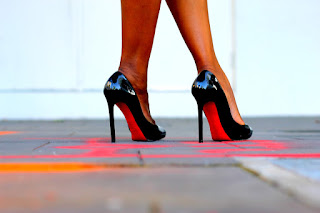 I can understand where women might have conceived the feminism idea from - asking to be able to do things that seem normal like; voting, having the right to initiate a divorce, to earn equal salaries as men, to do any kind of job they deem fit e.t.c. However, these things could get sensitive when a woman becomes nothing but defensive, the approach matters.

Another woman who I think is the most submissive person, would cook and her husband would complain just about everything. Her cooking in general is not bad at all. I wonder...why not tell her the way he might like his food cooked or cook the food himself? He pushed this woman too far and you can trust that this was not just with cooking, but with about everything. When she went feminist, she went all out. He lost her! Now there became two heads in one home. Her own feminism was born out of the way her husband treated her.

I am no expert in this field, remember at the beginning of this post I mentioned that I do not know if feminism and relationships go well? In general, I think in relationships, if both parties are treated right, this issue might not even come up. I have heard that "the man may be the head of the household. But the woman is the neck, and she can turn the head whichever way she pleases." :-) :-)

I seem to have only scratched the surface and there just might be a rejoinder on this subject.