If you missed the last part, please read it here.

Fast forward to 2004, I had just returned from my industrial attachment in Abuja where I met the craziest girl I've ever known. Sandy was a wild bird, she was a dancer who wore small shirts and tight trousers that encased her skinny legs. She had the brightest smile and said the most obscene things. I wanted to be like her! This girl was one year older than I was and was openly doing the sort of dancing I only dreamed of. But I think I loved her more because she spoke her mind unapologetically. She reminded me of who I used to be when I was younger. Over the years, because of the beating and the sexual abuse, I had turned into a quiet mousy kind of girl, a recluse to put it better. My clothes were baggy because I was hoping that would ward off male attention. I was quiet except with people I was comfortable with, then I danced only in secret because I was too shy to dance in front of people. Well, Sandy was like a role model. She was a National Youth Service Corps member and I was an IT (Industrial training) student, but we became instant pals. Her birthday was on February 13th and that year, she was leaving for the U.K. on the 15th to seek better things, so I decided to do something I had never done before.

I travelled from school to Abuja to surprise her on her birthday. I left for Abuja on the 12th and stayed over at her place for her birthday, it was fun!! On February 14th, she literally dragged me out to a club near her house where she used to work as a DJ, that was her way of saying goodbye. We walked into a near empty club at about 7pm, the music was slow and the place was more homely compared to what I expected of a club.  She went around greeting a few of the staff while I grabbed a seat. Some minutes later, two guys walked in and my eyes caught only one of them. He was mixed race, tall and well built... he was the picture of my dreams in reality! The other guy, I barely looked at. They were Sandy's friends, Paul and Yakowa. She introduced me to them, we talked for a few minutes, then she pulled me off again to other places around town. My mind was on Paul throughout, she noticed and teased me about it. 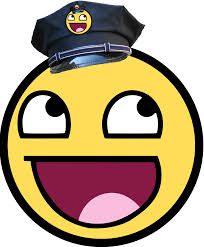 I went back to school the following day. Saying goodbye to Sandy was difficult after such an exciting two days. She called me later in the day to find out if I arrived safely and to say that Yakowa had asked for my number and she had given it to him. I was slightly disappointed that it wasn't Paul who asked but I decided not to make a big deal of it. Yakowa called me the following day and his voice on the phone was like chocolate velvet! We spent nearly a month talking to each other during the period that MTN made midnight calls free. We talked about everything and anything, it felt like I had known him all my life...I fell in love with a voice because I hadn’t really looked at the face when we met in the club as I was too busy lusting after his friend…The owner of this voice said all the things I wanted to hear. Besides, I heard the sincerity in his voice and that was enough for me...
A month later he informed me that he was coming to my university to see me. Gosh I was nervous, and afraid and thinking about all the things that could possibly go wrong. But when he sent someone to call me, I went out to see him at a popular spot. There he was, dark eyes that were filled with trouble and I swear I saw my future with him in that moment....which was weird because he had a cigarette stick in one hand, one he quickly put out when I walked up to him!
Somewhere in my mind I remember thinking, "well bummer, he smokes!" but I was too far gone, we went for a walk, found a spot and talked for hours. It was like we had known each other for years. We joked about having met in our past lives and how in the past my dad was a king and I was a princess and he didn't let us get married because he said Yakowa was a peasant and not good enough for his daughter. We hit it off so well and I let him give me my first kiss; it was the M and B experience I always dreamt about. Sparks went flying, butterflies were everywhere in my tummy…OMG! And so we started dating. I was a church girl and he was a bad boy, but I loved that it was different. It bothered me that he smoked, I talked to him so much about it that he only smoked when he wasn’t around me. 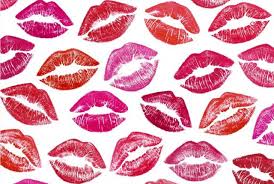 I took him home a few months later to meet my mum and I remember telling her that he was the man I was going to marry. She was indifferent as she knew he was Jabba from southern Kaduna, she had a prejudice against them. "They drink and are lazy and their women do all the work." she would say. I ignored her and quietly continued dating Yakowa, he changed me totally. Before him I was a girl who wasn’t bold enough to show my brilliance except to my family. Yakowa made me feel powerful, like I could do anything. In spite of what I saw as red flags in the relationship (the smoking and occasional drinking among other things), I stayed on because there was something about him that drew me close. My friends were wary of him, he came across as a brooding sort of fellow who gave the impression that he didn't want anyone close by. My friends would ask me…”why Yakowa?”, because they knew me...man hater and good girl at the same time but all of a sudden, I had chosen a bad boy!
To make matters worse, he was just getting into university again after dropping out of Economics because of his poor grades. So I was in my final year while he was in his first. He came back hoping for a fresh start but he was readmitted for the same course. That alone filled him with the fear of failing again.