The journey to motherhood 3

In case you missed the fist two parts, here are the links to the first story and the second story 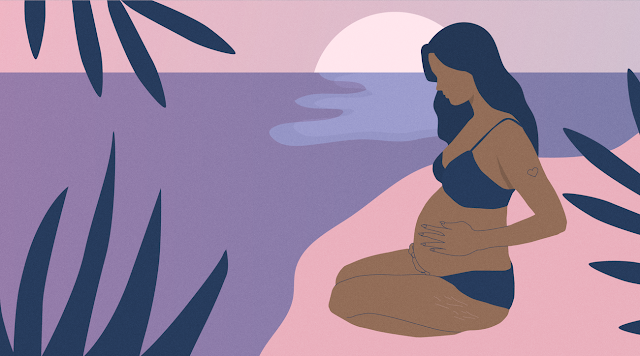 We got married and started trying for a baby immediately as I wanted to be done with child  bearing by 35. The first year rolled by and nothing happened but we didn't think much of it as it was only year one. We kept trying and the second year also went by. That was when we decided to seek medical attention. I was diagnosed with PCOS (Polycystic Ovarian Syndrome) which is mainly characterized by absence of ovulation and irregular periods. All my life, I had had irregular periods but it was something I didn't give much thought to. That was how my fertility treatment journey started...countless cycles of clomid to induce ovulation, HSG (hsyterosalpingography which is x-ray test to outline the internal shape of the uterus and show whether the fallopian tubes are blocked), laparoscopy, ovarian drilling and all the annoying probing and prodding. My husband on the other hand was given a clean bill of health. His support meant everything as he never made me feel like I was less of a woman.


Through all of this, our family and friends were quite supportive and they kept encouraging us. Of course, there would always be some people, especially church folks, who would make some snide remarks as to why we didn't have children yet. Some would go as far as recommending a herbal doctor here or a womb massager there. The sad reality is that people tend to think the fault is always from the woman. Well, we kept trying and kept praying without success.
Late in 2017 we were able to put some money together for IVF and everything seemed to go perfectly. A good number of eggs were retrieved which made it to blastocyst stage (the best quality you can get) and after the harrowing 2 week wait with high expectations the pregnancy test result came out negative!!! The embryos simply failed to implant. We were quite devastated to say the least.

Early 2018 my doctor suggested we tried another cycle of clomid to induce ovulation since we weren't ready for another IVF cycle and we did. I didn't bother to take a pregnancy test even when my period was late as I was fed up of seeing too many negative pregnancy test strips. Now I look back and wish I did. Lo and behold, I had an ectopic pregnancy which ruptured and I lost one of my fallopian tubes. Fertilization takes place in the fallopian tube after which the fertilized egg (now an embryo) travels and gets implanted in the womb. The embryo started to grow in the fallopian tube instead of the womb and when it grew too big for the tube, it got ruptured and also damaged the tube. The damaged tube was taken out through an open surgery called laparotomy. Words can't even express how I felt at that time but we still held on to God. We kept praying and trusting God.


We decided to try another IVF cycle in October 2018 and were optimistic that it would work this time and everything went smoothly. As God would have it, I tested positive using a urine pregnancy test strip at home. My doctor asked me to go for a blood test just to confirm and it was also positive. We were asked to go back in 2weeks for an ultrasound scan to know how many babies I was carrying. I had escaped OHSS (Ovarian Hyper Stimulation Syndrome) which is one of the risks associated with IVF, I had it during the first cycle. At this point I started nursing fears of having another ectopic pregnancy which is yet another risk associated with IVF.

We went for the scan and I saw the doctor shaking his head, in fear, I said a silent prayer - Lord please let him not tell me he's seeing an empty sac. Then he blurted "I can see 4 sacs with 4 fetal poles!" meaning I was carrying 4 babies. I almost passed out! Oh the joy….I kept thinking to myself how in the world I would cope with not 1, not 2 but 4 babies. That was how the journey started and I had a very smooth pregnancy. I went to work up until 26 weeks when I was placed on compulsory bed rest.

I knew from day one that I wanted a c-section irrespective of the number of babies. I've always had a fear for vaginal delivery maybe because I had watched a little too much on reality TV. I never bothered to read on labour in terms of what to expect and what to do.
My doctor recommended I register for antenatal care in another hospital because they had a very good NICU to take care of the babies if they happened to be preterm. I was attending antenatal in 2 hospitals and was admitted in the 2nd hospital. Out of the blues they came and told me that there was no space in their NICU and were looking for another hospital to refer me to but they still kept me there. Imagine my shock as this was supposed to be one of the best hospitals in Abuja!!!

Luckily on the day I went into labour someone from my Health Maintenance Organisation (HMO) came to check on me since I had been in the hospital for 2 weeks. He was briefed about the lack of space in the NICU and he promised to get me another hospital which he did same day, that was my saving grace.
At 32 weeks + 4 days I started bleeding, since I was already on admission in the hospital it was quickly arrested. The following day around 9pm I was lying down and felt something gushing out of me. I asked my husband who was in the room with me to check if it was blood or water but he said he didn't see anything (the sheets were white) I was already as big as a whale so getting out of bed was quite difficult. I gathered all my strength, got up and felt water on the bed and some more gushing out. My heart skipped like 100 beats at that moment.

I alerted the nurses while my husband called the doctor by phone as she had closed for the day. She kept shouting "Jesus, Jesus", before I knew it, a small team had gathered in my room and established that labour had started. Contractions also started and I knew that this was it.
They made arrangements for an ambulance and I was whisked away to the other hospital with the impression that the doctors had been informed and were waiting to receive me. We got there and nobody was around to receive me, meanwhile I was already in active labour. It was as if my waist was on fire and this was around midnight!

Frantic calls started, they had to do some blood work and scans as they didn't have my medical history. An ambulance was sent to pick up the team to carry out the surgery and police arrested the driver saying he was driving without sirens. LOL. It couldn’t have been more eventful.
Long and short of it all, because we were running out of time, my husband was the one who went to pick them all up. The sonographer, gynaecologist, paediatrician and anaethetist. They eventually got in at about 3.30am. I was checked, prepared and wheeled to the theatre. The doctor asked me to pray and the surgery started around 4am.

Infertility is not something to be dealt with alone. It's great to have a strong support system so if you're going through infertility, find someone you can truly confide in. A shoulder to cry on when the going gets tough. In addition, be sure to seek medical help to know what exactly you're dealing with.


Now that's a wrap!
I have so much respect for these three brave women and I am honoured that they were willing to share their stories and put it all out there. I asked questions that would ordinarily be uncomfortable but these three were stars with their willingness to respond to everything. Thank you, thank you, thank you.

Fertility issues are by no means an easy thing to deal with. The pressure people tend to add with their comments can make one feel awful.


For anyone out there dealing with similar issues, you might want to take their advice and you could learn from their experiences, they have been there :-)