The journey to motherhood


Ever imagined not being able to conceive as a woman? Especially when the doctors find nothing but ask the woman to just wait. The pressure from society, the looks, the hurtful comments and constant self-blame. The excuses women/men make for partners when they say hurtful things, explanations women give when they should be focusing on themselves? etc.

We are always looking to the next thing. When will you get married? When will you have children? When will the next one come? We normalize pressure and always seem to have an opinion on how things should be. We forget that the person we have an opinion about has feelings just like we do, and it is about their lives, not something abstract. I remember talking to one of my friends in her third year of waiting to conceive. I remember the despair I heard from her, but the determination to get past the hopelessness and start living for herself once again.  I will be sharing stories from three women I know, in their own words, who had to wait for a few years to have children.


I’ll let you draw your own conclusions. Enjoy. 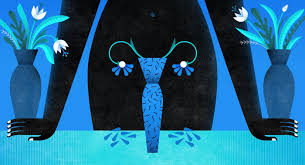 I always had this self-righteous thought that because I got married as a virgin, I would get pregnant immediately. How wrong I was!
First things first, I didn't know my cycle to know when I was in what is called the “fertile window" period, didn't even know if I was ovulating. All I knew as a single woman was that my period always showed up so I had no business with knowing fertile and infertile days. I wasn't sexually active so there was no fear of pregnancy.
It dawned on me that I hadn't got pregnant the following year around August. My husband felt there was no need to see a specialist yet when I suggested we see one.
By this time I started having very heavy periods that I dreaded my period, especially the second day. It would flow like a tap, it was horrible, and the cramps were something else. I also started feeling breathless all the time.
One day I almost passed out as I was about to go to work. I was taken to the hospital, then transfused with 3 pints of blood. The diagnosis was a huge fibroid, so this was the reason for the painful cramps and heavy flow during my monthly period.
It was one reason why I was yet to get pregnant. With such a massive fibroid there may be no room for a baby in my uterus.
I started looking like a 4 month pregnant woman, some people actually thought I was pregnant and would ask if I was taking my prenatal drugs, I would just smile and nod.

I had a myomectomy in 2015, my hopes were raised, I was going to get pregnant with the fibroid out of the way, and no more embarrassing periods. Who knew I had a long wait ahead of me?!

In 2016, I had to start medication for hormonal imbalance. I had a HSG test ( Hysterosalpingography, or HSG, is an X-ray test to outline the internal shape of the uterus and show whether the fallopian tubes are blocked) to check if my fallopian tubes were okay, the pain I had to bear while the test was being done was a lot, like a thousand cramps at the same time.

Through everything, my parents, my husband, as well as my in-laws were supportive. The pressure instead came from me.

I would hear testimonies of couples who had children probably after 10- 12 years after getting married and I would get scared. My thoughts were always ‘dear Lord I don't want to wait that long, I want my children now, now now’ I am not Sarah, lol.

I would attend weddings and the thought that this couple would get pregnant before me would come. That always happened, so at a point I didn't want to attend weddings, I would rather look through wedding pictures of contacts on Facebook.


My younger sister got married in 2014, boom, she got pregnant. By 2017 she had her second daughter and I was still waiting. My youngest sister got married in August 2017, by November she announced her pregnancy. I was really happy for them, I had no ill feelings at all, but I kept wondering and asking God when mine would happen.
Those days when my period would show up were angry days for me, I would be angry at my husband and at God. My husband would tell me to be happy even when my period showed up. Sometimes we would quarrel over it.
By July 2016, it seemed nothing was happening, I dumped the medication I was on, I was fed up.

In March 2017, I decided to start the process again when some friends adviced that I see another doctor in another hospital. Well there was no need to continue after that first hospital visit because the doctor sounded pessimistic.
By June 2017, a childhood friend of mine who stays in Texas called me and in the process of catching up asked if we were still on the journey, and I answered I was on a break.
She told me of a cousin of hers who experienced some years delay but saw a doctor who knew exactly what the issue was and in 3 months her cousin was pregnant with twins. Yes she had twin boys. I told her I was interested and would discuss with my husband.

My husband was okay with it, and journey started again. The doctor was based in Edo state while I was in Port Harcourt, so I had to take days off to travel sometimes. On my first visit to the doctor, he did a scan and saw what the issue was. The eggs I was producing were not mature enough to move through my fallopian tubes. He told me it was a small issue and within 3 months I would become pregnant. I was placed on medication, which included some injections that were not really for sale to the public as only very few persons had access to it, he called them boosters.
At a point the doctor asked me not to travel down to Edo state but that the injection would be sent via courier to me, with instructions on how to take the injections. This started in September 2017. By February 2nd 2018 for the first time ever I missed my period which was always right on time.
I did a home pregnancy test on Feb 6th, and the two red lines didn't delay in showing up.
It was like a dream! I still don't have words to describe the joy I felt, I still relive that day.


My husband was ecstatic. We told a few friends of ours and their joy was palpable, by the time my bump started showing, everyone kept rejoicing with me
The jubilation from my parents and loved ones was something else. They had all been so supportive in prayers and in every way. The medical bill for the fertility treatment was paid for by my parents because financially things were not so bright for hubby and I. I was the only one working. I had a very beautiful pregnancy, with no morning sickness. I never had to call in sick at work, still ate my usual food, I had no cravings apart from one Sunday morning a week before I gave birth I wanted to eat GALA sausage roll, we searched everywhere, then finally got it and we got to church late that morning.

I was advised to have a scheduled c section due to the previous myomectomy I had done. I was totally okay with it. Within a few minutes I was out of the operating theatre, when my baby was held up for me to see I was just amazed and full of gratitude to God for being faithful through it all.


Now that my baby boy is here, my schedule has changed I must say, but I'm loving every moment, learning new things about babies every day, it's an awesome experience.
I think I love my son more than my husband (he must not hear this!) looking at him , my heart is filled with so much love that I get teary most times.
This has taught me to never get worried about anything in life, and that God cares more about my joy much more than I could ever imagine.