We went by car from a town called Kibondo in Tanzania to Kigali, Rwanda. The driver in question had never been to Kigali so was not sure how to get there. The trip up to the Rwandan border was fine. The driver happens to be a restless man. He seems unable to allow things happen or allow people do things for him. He always wants to be in control. When we got to the border, he needed to do some paper work to be able to drive in Rwanda with a Tanzanian licence plate. He gave an agent the papers to process but just would not wait or let the agent do his work.
He ventured out on his own to get it done. In the end, he paid twice and wasted time going all over the place when we could have been on our way. 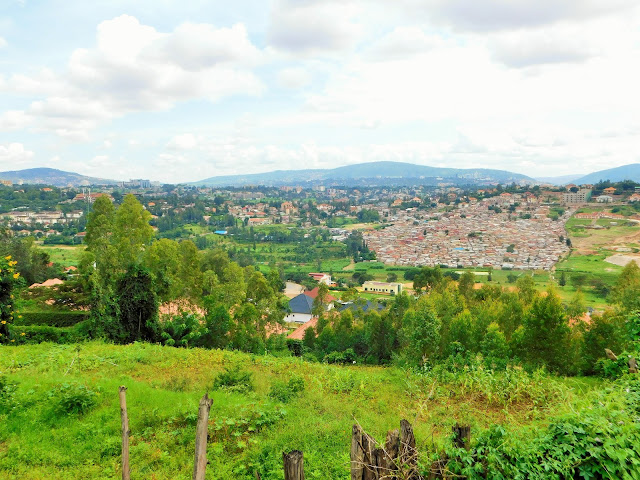 We proceeded into Rwanda and the trip became an arduous one. There were speed limits as the road is quite windy. The limit would show on the sign post to go at a speed of 40 for a bend for instance, but he would continue at 40, waiting to see a sign that strikes out 40. At some point, we (there were two of us passengers) had to tell him that he was no longer in Tanzania where the boards striking speed limits out were all over. There were some but when a sign clearly indicates 40 for a bend, it applies to the bend and not after. He wouldn't listen and kept going at that pace.

Eventually, the other person asked to drive so we could arrive in Kigali in good time. This trip normally takes about 8 hours including border formalities but we were already approaching 8 hours and were not near Kigali.
After 10 hours, we were in Kigali finally, but did not know how to get to our hotel. We both did not have any form of internet so we were going around in circles as we had looked at the map from Tanzania and were hoping to use what we had to get to the hotel. After nearly an hour of this, I was fed up and asked him to stop the car. He was not sure why and was probably panicking as he thought I had lost it.

He parked anyway and I walked up to a lady who was walking by, then explained how we were lost and in need of internet to find our way. I asked her if she could share her phone internet with me so we could use the map. She was so sweet and she did. In about 15 minutes or less, we were at the hotel.

Another time, I had just arrived Kigali airport and I was on the queue to get a visa. I looked in my bag, only to realise that I had switched envelopes. The one containing money which I thought was in my bag was in my checked in suitcase. I tried to think of what to do as I did not have any money on me. Then I turned to the person behind me and explained and asked if he had a $50 to lend me (the visa fee is $30). I told him I would give him back once we got out and I collected my suitcase. He was East African and did not need a visa so he didn't have much cash on him. I tried not to panic and asked two more people who also did not have cash on them. At my fourth attempt, I was in luck. The man gave me a $50 and was patient to wait for me to return it immediately I picked my suitcase off the carousel.

Last month when I flew to Kigali, I checked in my bag in Abuja and had only 15kg. The lady looked at me askance and proceeded to ask if I could help her take another bag to deliver to someone who works at the Nigerian Embassy in Kigali. I asked to see what was in it, there were clothes, we went through all the clothes together, better safe than sorry. I watched them check it in but gave them one condition. I would not leave the airport with the bag, whoever was collecting it would have to meet me on arrival. It was quite straight forward, as I walked out of the airport, he probably knew the bag. So he asked if I was looking for xxx and he identified himself then I released the bag to him. He seemed so touched and wanted to give me a lift but there was a driver already waiting for me. He went to his car, then came back to find me, thanking me profusely. I wondered why but then it crossed my mind that not so many people do things without expecting anything in return.

In London, if you go from the airport anywhere with the tube, you'll know that there are some stations where you have lug your suitcases up and down the stairs. Every time this happens, a random nice man has helped. And most times, not the sweet, clean looking men one would expect. It is mostly people who aren't in clean cut suits or even clean shaven. Well, I've had one sexy hunk in a suit help me just once 😄 On a regular, the everyday, normal looking people.  All those things that films show us or what we read in novels can misguide you....hehehehe.
One of the many benefits of travelling for me is how much it opens you up to be vulnerable when you deal with situations you have absolutely no control of. You are left with no option than to rely on the kindness of complete strangers. And more importantly, to sum this post up, travel restores my faith in humanity.