How easy is it to travel around Africa?

I've noticed how a good number of African travellers seem to prefer travelling to other continents. For some time I did the same, especially because it was the easy way out. But as I've started travelling more around Africa, I have discovered that there is so much beauty to discover.
Unfortunately, there are factors that stand in the way. I'll share my top four below. 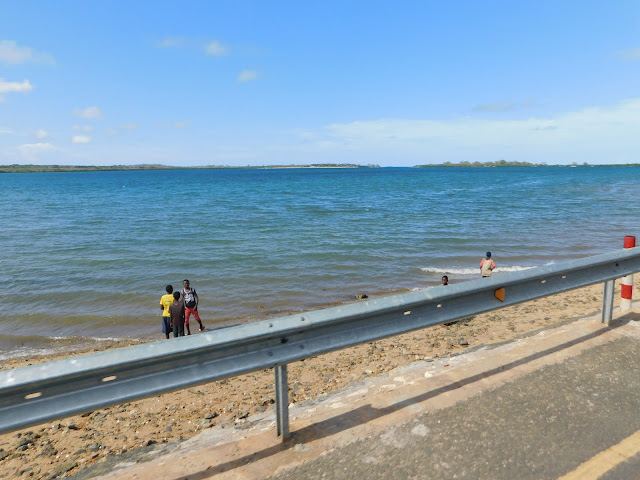 1) Flight connections - getting from point A to B around Africa is a major challenge especially where the countries you are trying to visit do not have airlines that fly directly from the originating country. The flight connections between countries are quite challenging. A trip that should take a few hours can take an entire day in comparison to flying to any country in Europe. For instance, if I were to fly from Abuja to London or to Paris, I would be there in 6 hours. If I were to fly from Abuja to Tanzania, I could spend the whole day. I would have to fly to Addis Ababa, spend a few hours there before I get to Dar es Salaam. Not to talk of the ungodly hour that the flight arrives in Dar.
Around West Africa, connections are even more tricky. To get to Dakar from Abuja, Asky airlines is one option. It would take 7 hours or longer to get there as there is a stop over in Lomé, Togo. Another option would be to use Ethiopian airlines, so I would leave West Africa to the horn of Africa, then return to the West and this could take anything from 18 hours or more. How ridiculous is that?
2) Expensive flights - These flights are never cheap. The price of one of these flights could cost the same to Europe. One reason why this comparison usually comes up is because of the ease of transport when you arrive at your destination. From one country in Europe, you can easily travel to another with such great deals + the Schengen visa covers many of these places. That is not the case in Africa. Once you get into one country, you are stuck there and have to use up the entire air fare before you leave, hahahaaha. Each African country has it's own visa except for natives of the region. I am from Nigeria which is in West Africa, so I can travel around West Africa without a visa. Same with East Africans around East Africa. But across the regions, one has to get visas for every country.

3) Border crossing - Should you choose to travel by land, crossing borders can sometimes be problematic. Looking out so you don't get cheated is one thing to bear in mind.
Naijakidstraveltoo went from Lagos to Lomé and back in December. There were unpleasant experiences at the borders which she documented in her stories.
Travel between West African countries is meant to be free, but immigration officers charged their group a 'negotiable' fee. This happened at the Nigerian, Bénin Republic and Togolese borders. From her findings, it goes all the way to Ivory Coast. I travelled across these same borders about 14 years ago, I remember it being stressful but I don't remember much of the details so going by her account, not much has changed.
These are some experiences that make travelling by road unpleasant in Africa so people prefer to fly. I wonder whether the governments are aware of these incidents and what plans they have to make border crossing easier.
I have travelled frequently between Tanzania and Rwanda in the past year and I have not had any issues. I'll probably try other borders and see what it is like.

4) In country travel - Finding reliable and safe means of transport is one thing that comes to mind as you arrive in any country. Compared to Western countries where trains, trams and buses have set timings and locations, Africa is still trying to catch up. Local flights are sometimes unreliable but they function. Depending on where you are going in any African country, travelling by road could be fun but it could easily turn into a nightmare. Never throw caution to the wind, do your research.
In a place like Nigeria, there is a transport system in place but you have to be street smart and have a good sense of where you are going, in order to use public transport. Expecting anything fancy is setting yourself up to be disappointed, be ready to push and be squeezed if need be!
There are buses, motorbikes, tuktuks/kekes, taxis and apps like uber anyone can use. Depending on the kind of traveller you are, you might want to try the local buses to have a complete local experience. If comfort is top on your list and the cost won't be an issue, then you should opt for taxis.

Despite all these, I am determined to make my way around Africa. One thing that helps enormously is getting local contacts or making friends with locals. They give tips and tricks you may not find elsewhere.
A few people have asked me what the difference is between West and East Africa. I like to think that West Africa is all about vibrancy, the people, the culture. People are becoming more conscious of tourism now and are making efforts to showcase beautiful destinations, but there aren't built systems in place for this yet.
East Africa is more set up for tourism and has a lot to offer - islands, safaris, etc. Be sure to save for this :-)

Back to the topic, have you travelled much in Africa? Are there reasons why you would or would not travel around Africa? Please share your thoughts.