The Meeting
2nd July, 2012. They had spoken twice before then. Anthea was looking for a flat to rent in Abuja and Chris happened to be the real estate agent.

Her version
During the house hunt, we chatted and laughed through the house inspections and the drive. It was like we had known each other for a long time. I am normally quite reserved so I even surprised myself on meeting this ‘stranger’.
A week later, he called me to inspect some place which I liked and I currently live at. He was very helpful as he always checked on the progress of the work being done in preparation for my moving and assisted where necessary. He asked a number of times to have drinks but I would never avail myself. I was single and not searching after the experiences of my previous relationship.

Cherish! She was my neighbour and a little friend of ours, " OMG, where is Cherish! I need to thank that girl!" This is what Chris says to me every now and then (lol) as he believes Cherish helped in getting me to pay attention to him.  She would always ask me "Aunty Lola (Anthea) is uncle Chris coming today? Aunty Lola I want to see Uncle Chris, Aunty Lola can I speak to Uncle Chris with your phone?" Those were her questions, and for the first time I put a call through to him, he was surprised/happy but when he answered, it was Cherish (lol).

Months passed and I still didn't make out time to have a proper date with Chris, he would always try to see me during or after work but I would always give excuses of not being around.  With all of this, you’d think the guy would just go away but he kept coming and he never left. Apart from my lack of interest, I also expected him to say what he wanted but he didn’t so I didn’t take him seriously.

To cut the story short, I went on a trip, it was supposed to be a getaway trip to have my "me moment", take some decisions because the truth is, I was confused. That trip was a blessing in disguise, I met a friend and had a chat. By the time we were done with our discussion, it was a total confirmation of what I had in mind, it brought clarity and this friend of mine had no idea of my confusion.

When I got back from my trip, Chris and I planned to meet up on a certain day but we were both busy and so he promised to visit the next day. I knew he would come by and I was expecting him but guess what! I fell asleep and my phone was on silent mode. He came, knocked at the gate, called me several times but he was out of luck and left in annoyance. By the time I woke up and saw his numerous missed calls, I felt so bad and called but he didn't answer so I immediately drove to his house that evening, apologised and explained to him. That was the moment of truth…I saw Chris emotional for the first time. He told me how much he cared about me and how he had tried to show it in every way, and he expected that I would have seen the signs but had got nothing from me.

I was sorry to have treated him with so much negligence and I got emotional. Imagine! I broke down in tears realising at that moment that I actually also cared about him (my mind was made up from the trip) and so we talked. From that day I made up my mind to give Chris a chance. I committed the relationship to God and decided to see where it would take us. Few months down the line, Chris and I had a proper date, finally (lol). I remember the "wow" look on his face and the excitement that evening. I will never forget that day! Our relationship went on and I realised all I would have missed. Have I found myself a good man?! Chris is absolutely loving and caring. 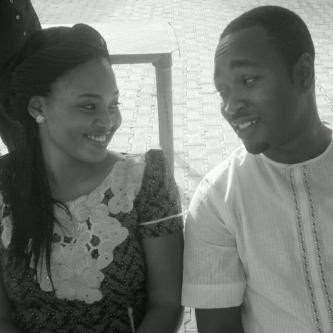 
It all started a couple of years ago.


After spending a while in the United Kingdom, I had just recently returned home and I was in the second year of my re-integration into the ‘Nigerian way ‘of life.  The first year back home could easily be described as the worst year of my life. After the initial celebrations with friends and family, I found it hard to blend in. The system here was totally different from what I was used to. In business, most people I dealt with at the time were quite unprofessional to say the least. Everyone seemed to be out to defraud someone else, driving seemed to be a daily battle with other drivers and even the traffic wardens, oh and don’t get me started on the “friends” who claim to have your best interest only to disappear when you are in trouble or when it seems you have nothing else to offer financially.

Socially, it seemed you could only date when you had money. The car I was using at the time, (belonged to my uncle) caught fire one night and burnt to the ground. At this juncture, I was ready to go back to the U.K., I felt like coming back was a huge mistake.  This is where I would like to point out that when your back is against the wall, besides God, the only people who will bleed for you are your family. My sister and my mother are the most amazing women I have ever known. They broke their backs for me, just to alleviate all my pain.


At this point in time, settling down was the last thing on my mind. I had decided to focus on my career and financial ability seeing as society doesn’t respect the “striving and hustling” population. And so I threw myself into a real estate career, working every day of the week, pursuing this necessity called money.  Work hard, play even harder; that was my motto.

One my brothers, by friendship, Ejike, called me and asked to assist his friends who were looking for an apartment to rent. I had – based on experience – restricted the type of briefs I work on. However, I have always been the type to answer a friend’s call for assistance. So I did. I received a call from the young lady whom Ejike had referred me to, and after our conversation we had decided to meet up for the usual inspection days later but the appointment didn’t hold.  About a week later, I received a call from the second lady who had decided to take control of the house hunt. So we met up at to start house inspections.

Now,  it’s not that I don’t believe in love at first sight, this is not that type of story, and I hardly saw her face because of the large sunglasses she was wearing, but I never thought there was anything like ‘love at first conversation’.  Sounds silly, doesn’t it? But that’s what happened...
There was no formal touch normally applied with meeting clients, and till this day I can’t explain why. Both of us just talked to each other like we were old friends and to be honest, I was sad when the inspection ended and I dropped her off. The only consolation was that I was going to see her the next day as she wasn’t satisfied with the apartments we had inspected. To cut the long story short, she and her friend paid for an apartment, I was even cheated during payment of my professional fees but I didn’t mind as by that time, I was smitten!

It took a while for her to realise that I liked her, even her friends realised before she did.  I guess it was partly my fault as I believe words have lost their true meaning in today’s society so I never asked her out. I just kept going to see her, and helped with the little work that needed to be done in the apartment.  All this time, she never noticed how I felt, never. As is the case with any desirable girl, she had many ‘suitors’. She was smart enough to know that some of them may not have honorable intentions; however she was always nice and polite to everyone. Thus it was difficult to step up, as my pride was hurt a few times and I wondered if I was just making a fool of myself.
As a man, a very proud man, you know you’re sprung when you find yourself in situations where you would normally flip and leave and not turn back, but instead just stay there like a retard wondering what in heaven’s name is going on.

Anyways, it is obvious that she decided to give me a chance and it worked out, or else my story wouldn’t be in this article, possibly in the “I hate women” section.
Sometimes I stop to imagine what life was like before her. Trust me; it was dark, without direction or purpose. What I have achieved from the moment we started dating, it’s like God is nodding his head down at me with approval.  Now I’m so grateful for all the turmoil I experienced prior to meeting her. 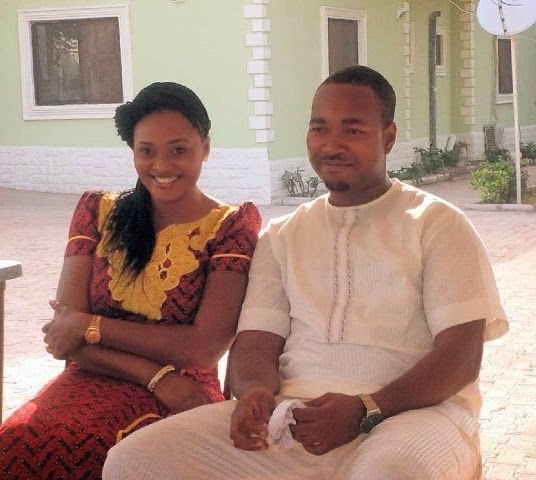