Up and About Nigeria - rejoinder


From my last post, I got a very detailed reply via e-mail from a friend. Waking up to that was such an amazing thing, that I decided to write a follow up post with his comments.

I say a very big thank you to all of you who follow my blog and come here to read whatever it is I have to write. Please keep the comments coming, they make it all worthwhile :-)

That was a very great piece by Ene and I thought I should lend my thoughts to some points she raised. Yes, Nigeria just reached her centenary year as an entity and quite frankly, many aspects of her nationhood leaves a lot to be desired. However, there are many contributing factors to this and I feel obliged to respond to two main issues: History and the state of historical artefacts. I would not mention much about the economic aspect as that can be an article on its own. What I may want to clear up is that Nigeria was not referred to as a ‘giant of Africa’ because we had actually attained that status. It was in recognition of its enormous POTENTIAL in terms of population and material resources that gave us the moniker. We were just ‘work-in-progress’.

Nigerians are her biggest critics. I say this as a fact and as a traveller also (not as widely travelled as Ene, so I would like to hear her views on this one). On Social Media, what you hear about everyday are the ills that bedevil our society. True, they are disheartening, but it is the loss of intellectual capacity that is saddening, even more than Nigeria’s decay. CNN has on one of its jingles stated that it is necessary to go back in history so as to understand where you are coming from. A lot of our ills come from our past and contrary to what most people think that we are better off in the sixties and seventies, what we had then was the outbreak of a false dawn. That is why Ene’s point on History is to be taken very seriously. However, I understand why that may not happen soon and my reasons are in the subsequent paragraphs.

A few years ago, I stumbled upon a Facebook group called Nigeria Nostalgia Project 1960-1980 (https://www.facebook.com/groups/nigeriannostalgiaproject/ ) that nearly threatened to derail my PhD (because it was so interesting and rich with our history that I read it more than my school books)! It now has many sub-groups and it is largely a collection of Nigerian artefacts and history mostly in pictures, with rich, objective and matured discussions to go with it. I learnt so much from that group, especially as a lot of descendants and witnesses of ‘those early days’ are well represented on that page. It would interest you to know that the author of ‘Soldiers of Fortune’ is on that group and I got an autographed copy of the book from him. There is a predecessor to that book and it is called ‘Oil, Politics and Violence’ and I am sure that would give a better perspective on our formative years and also explain a lot of our deficiencies that are present up till today. One of those which Ene’s blog post talks about is our coverage of history.

From a lot of my readings over the years which include books on pre-independence, the first few independent years, the civil war and post-independence, I came to realise that one reason why our history hasn’t been told properly is that it is warped in a lot of atrocities and politics. Also, a lot of the key actors are still alive (or in other cases, are heroes to certain tribes). You would agree with me that it would be a politically charged issue to tell some of the truths of the actions of some ‘Nigerian Heroes’ in those formative years. Hardly anybody is absolved from some degree of ‘blame’, including many who eventually rose up to lead Nigeria, so it would be difficult to publish history books that chronicle truthfully, the ‘flaws’ of these people. In fairness, my personal position is that most of these people were not bad, but just really too young to understand the consequences of their actions at the time. Quite a lot of those who survived the coups and civil war were in no rush for any more bloodshed afterwards.

In terms of museums and monuments, I am quite frankly not surprised. I do not think such an industry can grow without initial local patronage. How many people know that in Zaria where Ene and I grew up, there is a military museum where there are many historical artefacts from the Biafran war, ranging from the Biafran coat of arms, an armoured personnel carrier, the famed ‘Ogbunigwe’ (Ojukwu’s bucket), missiles produced by the Biafran army, an almost life sized statue of Ojukwu, pictures of many Nigerian pioneer soldiers that we have only heard about but not seen, plus those who went on to play prominent roles Nigeria. Some even have their pictures as Nigerian Military School boy soldiers. One of the most interesting artefacts there is a military truck in which Brigadier General Bako was killed on his way to relieve Shehu Shagari of his Presidency in 1983.

In my opinion, a number of factors are responsible:


- One, many Nigerians due to socio-economic pressures, do not feel that history is an important aspect of their survival.


- Next, depending on what part of the country you are from, you may be obliged to think that the person behind that piece of history is your enemy. For example, I wonder how many people from Asaba would be interested in spending money to see Murtala Mohammed’s limousine in Lagos after accusations of the Asaba massacre during the Civil War. So if we do not visit some of these places, who would visit? Who would hear about them?


- Then lastly, the (perceived) restiveness in some of these locations is another barrier. I know many people who live in the North and are scared of Port Harcourt and/or Lagos and those in Lagos who think death is a whisker away once you proceed North of the Niger. 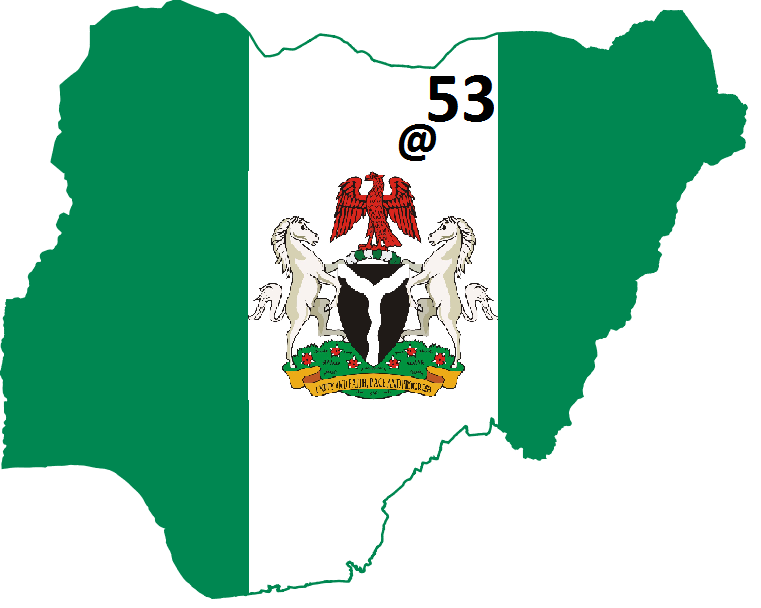 In summary, there are many things to say about the Nigerian state but I’ll stop here. I think we are a country in transition and even though Ene may think 53 is not young, I beg to differ. It is not a function of age, but a function of what was actually there to make a country in the first place. I always argue that we had only few cities in 1960, one University and a population of over 50 million. Running a country takes a lot of institutions to train manpower in the Police, Army, Aviation, Medicine, Engineering etc. A conservative estimate of the number of University graduates in Nigeria as at independence puts the figure at roughly under 10,000. Plus only about 15-20 percent of our population lived in urban areas then, while the others were subsistence farmers in rural areas. That is where the real challenge lies. I agree that things seem to be degenerating but another part of me is saying we are only getting to know the true state of affairs of our country and feeling the consequences a lot more now. Socio-economic inequalities are the next big danger, though many people are making the transition from lower class to middle and upper-middle class.

Afolabi Dania is a Lecturer at the Department of Building, Faculty of Environmental Design, Ahmadu Bello University Zaria, Nigeria. He is currently in Reading, United Kingdom, working on his PhD. His thesis is on ‘the diffusion of sustainability strategies/technologies in Nigerian construction firms’.