2014 started not so long ago and as always, so many people started the year with New Year resolutions and high expectations but these do not last very long, do they? It is MAY already!
Loved ones may have passed on but we are still here. It cannot just be a fluke; there is a reason for your being alive still.

Do good
We come across different people in our life time. A group of these people could have particular missions in our lives and once that is done, they leave. Others come to remain in our lives forever and of course there are those who may not have our best interest at heart. But be good to all despite the kind of people you may come across.
It is also worth knowing when to let go. I remember this one time when I found myself in a situation where I refused to let go but held onto this friend. I was asked a question by another friend who is much older than I am. “If you have a dog that you love so much but despite your love for it, it bites you all the time, will you keep it?”

I’ll like you to think about that question and answer it for yourself.

Each person’s life is full of experiences, some good and others bad, but what we do with these experiences makes all the difference. We could allow these experiences to turn us to ‘bitter and angry with the world’ people or use them as stepping stones and trials to turn us into stronger and better people. The choice is entirely yours. But in all of this, in the world today where wrong seems to be rewarded, do not lie to yourself that being good is a bad thing. Being good and doing good always pays. The rewards may not be immediate but it pays. Bad things happen to good people a lot that we could sometimes doubt if God listens.

One example that strikes me in the bible is that of Job, he was a rich man and was well respected in his time. He was an upright man and God boasted about him to the devil. The devil decided to test him and he suddenly lost all he had, was inflicted with terrible sores, he became the object of ridicule to everyone, including his closest friends. Job’s skin must have been an eyesore to anyone who looked at it. His friends believed he had sinned for so many woes to befall one person, but he pleaded his innocence. Well, they would not believe he was as he said. God allowed it all happen. It was a tough time for Job, he complained, he asked questions but he never cursed God or sinned. He remained upright. At the end of it all, God vindicated and blessed Job and made him better than he was initially, far richer and greater.

Being good pays, it may feel sometimes like nobody sees or cares but people do and most importantly, God does. Stay true to yourself and there is no need to follow the crowd. Set your own standards which should be guided by what God expects.

I’ve had rude shockers recently with deaths of loved ones and it has constantly rang in my mind how fickle life is. Sometimes, people died and I said this is too close to home but this time, the deaths came right home. I have had to ask myself certain questions and do some evaluation. We all have flaws but do we make efforts to change?

It is important to ‘live everyday like it were your last’. This is one of my favourite sayings and as days pass, it increasingly makes more sense to me.

Recently, a colleague told me about a woman who had been married for eight years but didn’t have a child. She had tried different treatments and went for all sorts of prayers. This whole time, she had not been in good terms with her husband; she was always quick to pick fights with the poor man. Having fasted and feeling like she had done everything right, one day she went to church and was pouring her heart out to a pastor. He let her finish then he asked her one simple question…are you in good terms with your husband? That came as a shocker to her for some reason. Well that was all she needed to fix! Imagine her husband calling the pastor that night to tell him that his wife was begging for forgiveness and acting nice to him in fear! If two cannot agree, how can they live as husband and wife? Well, two years later, she had a baby. She has since stayed nice to her husband and other people. She learnt what it was to love truly. This example may be random but it goes a long way to show how the state of our minds affect us.
If we walk in love and live in love, a lot of the evil in the world would be easily eliminated. I think being like Jesus Christ who is our example all points to love. 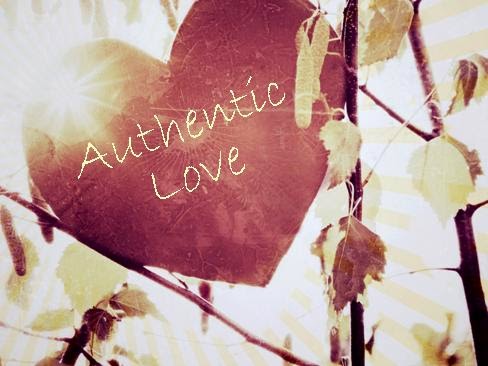 Finally,live ready at all time for we never know when our time here might end, if you died this ver minute, would you be ready to meet God? We all have limited time here on earth, please make your time count for good.


Have a great weekend.