Pilar had been quite stressed at work and was looking forward to getting away from her life in Bangui, Central African Republic. It had increasingly become unsafe with more and more car jackings taking place. The curfew constantly made her feel imprisoned, it was midnight at first, then it moved to 11pm but was recently changed to 9:30pm. What could anyone possibly do before 9:30pm? The only time to socialise was during weekends, people from different organisations organised barbecues and house parties during the day. From 8pm, one by one, everyone would start to jump into their cars, contacting their various radio rooms to announce their return home, not to contravene security rules. The country was known for its constant conflicts. Rock club was always full during the weekend, of those wanting to swim, to play tennis or to just sit out in the sun. Hôtel Ledger was known for their Sunday brunch and also had a nice pool, then hôtel Oubangui, not the fanciest but had good massages. These were some of the things that helped Pilar decompress during weekends. 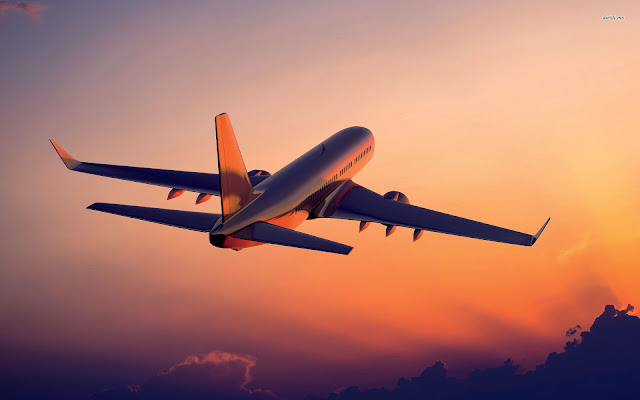 She was slowly becoming irritable especially as she had such a toxic boss who would constantly gas light her and never give her credit for anything. She was able to deal with all of this for a period especially because she had an amazing team. But she was getting to the point where she needed to get out and breathe.

On the other hand, Pana had the best boss, her boss was so supportive and although Pana was a brain and was good at what she did, her boss was always willing to guide her where needed. On some days she was unsure of her boss’s niceness, but she was coming to terms with it that not everyone was out there to do her dirty. She accepted that her boss was indeed a good woman. The only downside was that she had a team of varied people. One of her team members who would always do the most, constantly tried to twist her arm to flip things in his favour. If she were not mentally strong, the guy would always have his way. From mansplaining, to manipulation and even undermining her authority. It didn’t seem to sit well with him that this boss of his was an African woman. Obviously, he was European and definitely one of the bad eggs. You would think that people who work in the humanitarian sector would have a little more empathy, but more and more Pana found out that people who wanted to be evil would be just that, no matter what line of work they did. She always knew that Pilar would understand, so they would spend so much time on the phone unpacking their woes of working in the humanitarian sector.

Pana was in Juba, South Sudan, which she heard was one of the hardest places, or so they thought. Granted there were limited amenities, but life was pretty normal. There was a bubbling scene of expatriates - humanitarian workers like herself and others from different international organisations. It was easy to meet people and just after a month of her arrival, one of her colleagues introduced her to one of his friends who invited her to brunch. To her surprise, brunch was with a bunch of pleasant ladies. And these brunches would become a core part of her weekends through her life in Juba.

Pilar and Pana’s holidays were around the same period, so they decided to plan a girls trip. They decided to meet in Geneva then visit 4 countries in a span of two weeks. Switzerland, France, Italy and Spain. It was a trip worth looking forward to. Both of them sent out visa applications while their holiday was slowly drawing close. Pilar was Cuban while Pana was Nigerian, they both understood the stress that came with visa applications and the need to apply way ahead of time. Being the humanitarian workers they were, they decided to try the cheapest airlines available. Pilar was going to fly with Royal Air Maroc while Pana was going on Egypt Air.

As the day finally arrived, they both sat at the airport exchanging messages, arrival time to Geneva was one hour apart. As much as Pilar loved travelling, she didn’t much like security at airports, it got her agitated. She went through the rigorous process at the airport in Bangui. The place was far from ideal, but she heard the airport had been that way since the 80s. The country in general was one that could pull on her very last nerve but she was there to work so she had no business getting into those debates. Her flight was called, and off she went. The flight was smooth, the plane seemed old, but her expectations were low for how cheap she got the flight. She had a lay over of 2 hours in Casablanca before continuing. On this leg of the journey however, the plane was neat and much newer than what she arrived with. She didn’t give it much thought and was just in a hurry to meet up with Pana. Getting through immigration, the officer used some equipment to scan her passport and visa. He kept checking if her visa was fake. While Pilar was there, other lines were moving, four people had already been through the one next to her. She watched him in his confusion but when she had had enough, she brought out her work identification and instantly, he let her through, forgetting to stamp her passport. He barely looked at the identification, but the logo was all he needed to get things moving, it was just enough to brandish it. Pilar drew his attention to put his stamp, then she was on her way to get her suitcase.

Their meeting was epic, with lots of screams. Pilar insisted on waiting for Pana at the airport and she was grateful she did as it was such a pleasant reunion. Pilar mentioned how grateful she was to have had one hour to calm herself down from her arrival incident. From their conversation, they both gathered that Pana had a similar experience, but had it worse with the airline. She described Egypt Air as a fraud. She complained about their service and how mean the flight attendants were. She found the plane from Juba to Cairo rickety, packed and they were only given dates and bread for a four-hour flight. The plane from Cairo to Geneva on the other hand was new, half full. Thirty minutes into the flight, proper meals were served. It was equally a four-hour flight, so why was there such a difference? Pana concluded by saying “Africa, we are our own problem”. Pilar sighed and replied to say that these things were not unique to Africa but she had noticed that it was indeed on a larger scale around the few African countries she had been to. They did not understand why Africans regarded themselves less and treated foreigners better than they treated themselves. Were there no regulations to check the quality of airplanes with airlines for instance?

They quickly reminded themselves that this was not the time for heavy topics. As they made their way to catch an uber, they agreed that it was time to disconnect and have undiluted fun.