What kind of traveller are you?

When it comes to travelling, there are different categories of travellers :

1) those who get to the airport way ahead of their flights, then take all the time to stroll around or just wait at their boarding gates

2) those who wait for last minute, are constantly in a hurry, running or missing flights

3) those who spend their time window shopping or eating

I happen to be in the first category. I get into a bit of a panic when I'm running late, so I would much prefer to get to the airport early, ahead of the long queues. This saved  me once when I was asked to do a covid test by an airline because they had not yet updated their regulations (didn't need a test) from the country I was travelling to. Thankfully, there was a place to do an antigen test at the airport, and I had more than enough time to get the result, check in and wait to board.

I recently had to travel to London via Kigali, Nairobi and Paris. There was a 40 minute delay from Kigali which was not a problem. However, on arrival in Nairobi, there was a 3 hour delay. I watched the time pass and kept consoling myself that I would make the connecting flight in Paris. At times like these, you watch time pass quicker than anything. I spent 40 minutes in Paris and I spent a good amount of that time on ground running. 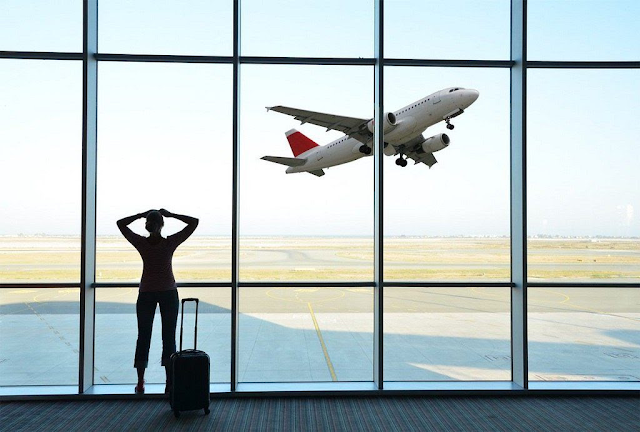 As we arrived, we disembarked then got on the bus that took us to the terminal. That took about 15 minutes then I ran from the bus to get through security. Thankfully, there wasn't a long queue but as every minute passed, I was getting more and more apprehensive. I saw some people go right under the security barriers, but I didn't want anything to delay me more than necessary in case someone decided to be difficult with me.

Anyway, it took me 7 minutes to get through security. I felt my phone vibrate but that was the least of my worries. As soon I got through security, I ran like my life depended on it. I had a family event in London starting at 2pm and I kept saying to myself that I could not miss that flight. I was to arrive around noon.

As I approached the boarding gate, the counter seemed empty, but I kept running. Right on cue, a lady appeared, then shouted London in that familiar asking tone. Out of breath, I shook my head while running to get to her and she gestured for me to slow down and said it was okay. God knows I was grateful for that. I was the last one to get on the plane, the door closed right as I got on. I sat down, panting, then I spotted a couple that was on the Nairobi flight as well. They were seated just in front of me. I remember seeing them go under the security barriers, I spoke to them. You made it from the Nairobi flight. We all shared the knowing laughter of 'we made it'. As I was about to switch off my phone, I saw a text message from Air France notifying me to go to the boarding gate. That must have been the vibration I felt while waiting to get through security.

Of course my suitcases did not make it onto the plane. As we landed, I got another text message notifying me that my suitcases were in Paris and would arrive on the next flight, which was at 4pm. I found the Air France baggage unit, filled out the forms with my address and my suitcases were delivered the next morning. I have to admit, their service in this regard was great.

I find Airports very fascinating. It's a place where people 'put aside all dignity' if need be, when it comes down to it. The two times I have had to run like this (with no shame) to catch planes, were between London and Paris. First time was in London in 2010, I was returning to Paris where I lived at the time and this time, in Paris. Fortunately, all ended well for me, I can't imagine how frustrated I might have been if I had missed the flight.