It has been five months since I moved to Tanzania for work. Discovering this country has been interesting, it is beautiful, it is a haven for nature lovers, the landscape is captivating.
Before coming to East Africa, I was told that I would enjoy the hospitality in the region but I was also warned that I might find people to be slow out here.

Some of the economies in this region thrive on tourism and I have to say that they are good at it. There is everything needed here; picturesque scenes, beaches, safaris, the volcanic crater etc. They have done well to preserve these things. 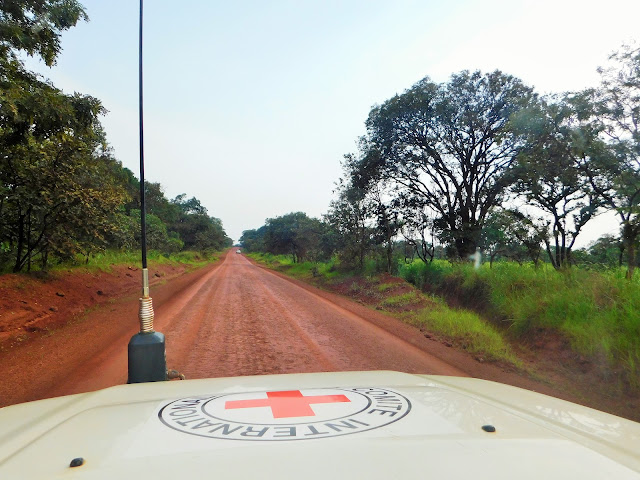 When I arrived, I was told by one of my colleagues that people may think I am pretending when they speak Swahili to me and I do not respond. I have found this to be true. I was speaking with a friend about life in general here and she mentioned that she will always be the clueless ‘muzungu’ who doesn’t understand the culture. That wouldn't be such a bad position to be in.

In my case, our skin colour is the same so it is assumed that I am Tanzanian. When people start speaking Swahili to me and I tell them that I do not speak the language, a few times, they ignore me and continue speaking. I remember walking into a fast food place and all I wanted was a samosa. I asked but the lady was speaking Swahili so I pointed to show her what I wanted. She looked me over then walked away. After speaking to her colleague, she came back and I asked again but she wasn’t trying to be helpful or to serve me. She was bent on having a conversation with me in her language so I left.

When I walk into offices, same thing. And when they discover I am Nigerian, they tell me that I should be able to speak Swahili anyway. I keep getting told that I ‘must’ learn Swahili. The worst of them all was when one government official asked me why I spoke so much English. According to him, English is not for Africans, but Swahili is the language of Africa. As he went on, I sat there staring blankly at him. He must have realised at some point that he had lost me. He smiled then signed the document I needed.

In Nigeria, there are over 250 languages so how many could anyone be forced to learn? The common language we all speak, which is the official language, is English. Even people in rural areas try to communicate with anyone who might not understand their local dialect. There is a lot of understanding in that sense. If they cannot speak proper English, they’ll make the effort to speak it as broken as it may come out. So it takes getting used to, to be constantly told that I must speak Swahili.

I’m making efforts to learn the language anyway. My first teacher left suddenly as her mother was ill. The next one was brilliant and I liked her but she got a job in another town and had to leave. I am on the third teacher and it has been good so far…

When it comes to the people, they seem nice and are keen to please but communication is a bit of a problem. Maybe it’s because I live in a village. One could crack a joke and people would take it literally and try to bring it to reality…lol.

Service on the other hand is quite slow…there is really no hurry. Getting upset about this is absolutely a waste of time. People do take their time here. Whenever I plan to eat out which is rare, I give room for at least 45mins waiting time. It could take longer so having that at the back of my mind certainly helps. In some other towns I have been to, it is the same thing, no hurry.

Getting things done in general seems to be the same, it takes time. If you push, people might say ok but not do anything or get defensive and might not respond at all. I’m finding that out as I go in the work environment. The lackluster attitude is frustrating, but I am trying to find ways to deal with it.

It seems to me like the people here have the tendency to prefer full bodied women. I happen to be slim so I’ve been told a few times that I must be quite young. A colleague who claimed she thought I was 22 was shocked when she found out that I was 9 years older than she is. 22? I don’t even remember what year that was. Someone here has told me that she is on a mission to ensure that I gain some weight before the end of my time here. We shall see...

Patriarchy is at its best! I could easily be ignored in work circles with the locals as I’m the ‘slim young looking one’ until I introduce myself and have to speak about my work. I was particularly struck when a group of us went to see someone who had just had a baby. When we went to the house, everyone filed to greet the lady’s father with a handshake but paid very little attention to the mother. Only one lady took the time to shake the mother’s hand. I imagined people coming to visit me and greeting my father while ignoring my mother, I would find that disrespectful. But I believe it is not intentional or out of place here and people don’t realise how it might come across.

I can’t help but do some comparison to Nigeria my beloved country. Out here, I am the Nigerian anyway. The vibrancy, the speed with which we do things even if a tip might be expected at the end. The sometimes brash nature of people who would rather let you know that they won’t do a task or challenge you if they think it should not be that way, than act like all is fine and ignore…I miss all that.

I plan to explore as much as I can, the country has a lot to offer in terms of tourism. I am going to Ngorongoro Conservation Area for a start. Seeing the volcanic crater and some wildlife should be a breath of fresh air, I'll certainly share my experience with you all, be sure to keep coming back here.


NB
Muzungu is a slang for a white person around East Africa.