When was the last time you did something you'd been hoping to do?
I did recently and it was so much fun.

I had seen a few posts of outdoor activities in Kenya so I did some research. I knew I had a trip to Kenya and wanted to take advantage of the weekend I would be there.
Most of the places I saw did not have what I was looking for at the time I would be there. I found The Forest and there was a wide range of activities.

I checked with a colleague in Nairobi for transportation but she was worried. It was far out of Nairobi and she said clearly that she would worry about my safety if I were to take a random taxi.The place is far and she would hate to hear that the car broke down by any chance. I asked her to check if I could get a trustworthy driver to hire for the day. She did and came back with good news. She was super helpful with planning things for me.
I asked her to call and make some enquiries for me, we found out that some activities were planned in a way that people would be grouped. For the day I wanted to go, I was put in a group and I made the payment.

Payment can only be made by card or by Mpesa (mobile money transfer). They don't take cash. Again my colleague came to the rescue, I don't live in Kenya so do not have Mpesa so she paid for me and I gave her the cash. I had that option, otherwise, I probably would have paid with a card.

My cousins were not sure if they would join me but they decided two days before I went. The amount I had paid covered for a 1,000 non refundable booking fee, then on the day we went, we topped up through Mpesa to cover the cost for us all. The activities I wanted to do were zip lining, paint balling and a nature walk. There was no group to paint ball with so we were left with the other two options.


Getting there was an adventure, we were warned not to use google maps as the location is not updated on the maps. We were sent a detailed message with directions via WhatsApp. The driver was amazing, he was patient, I felt comfortable with his driving and his car is in good condition. He was happy to play the guide, telling me where we were at each point. He is an Uber driver but is equally open to doing other trips. I hired him for the day and it cost 7,000Ksh. His name is Felix and his phone number is +254717063485. I mentioned to him that I would put his number out so if you tell him that you got his number from me, he won't be surprised. I would say it is about 55km and probably 2 hours or more from Nairobi. It is located in Kimende town.

When we got there, I walked up to a lady and mentioned my name for my reservation and she smiled so widely. She might have been the one my colleague spoke to a few times. She took me to the reception and said this is Ene Abah, they were very welcoming. Her name is Vanessa, she was brilliant all through.

She checked us in and assigned a guide for the nature walk. We did that first...we were given a history of the forest which is extra huge by the way. It had rained so it was slippery, our guide, George, showed us sticks to pick from as we would need them for navigation. They sure came in handy. While we walked through, another guide joined us. We got to a waterfall somewhere in the forest, it was a beauty. We had to cross the stream from the waterfall. There was a log of wood in the middle to jump onto before getting to the other side. On the way back, when I jumped onto the log, I fell. Thankfully George and his partner caught me before my whole body went in. 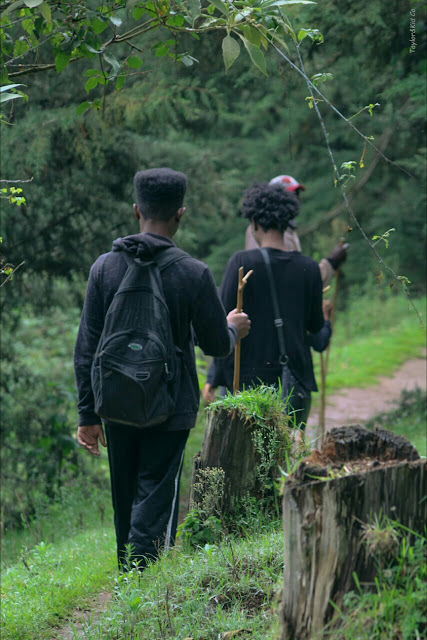 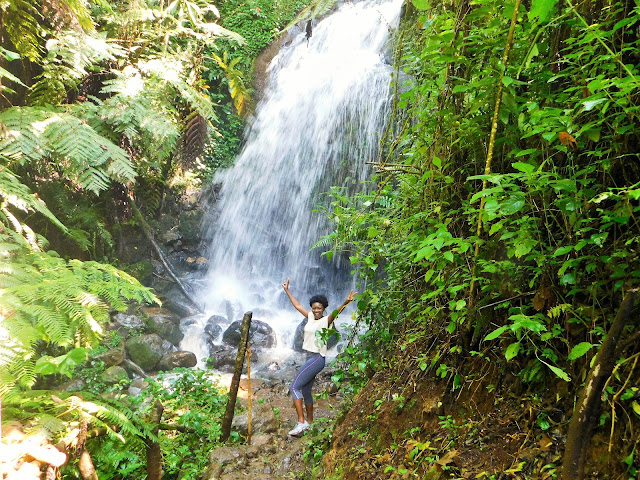 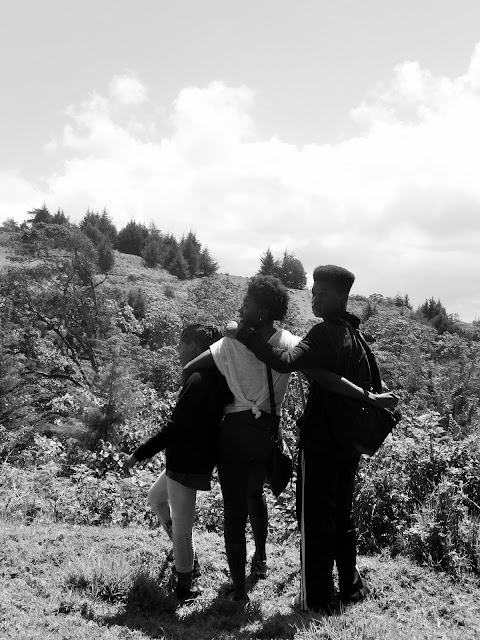 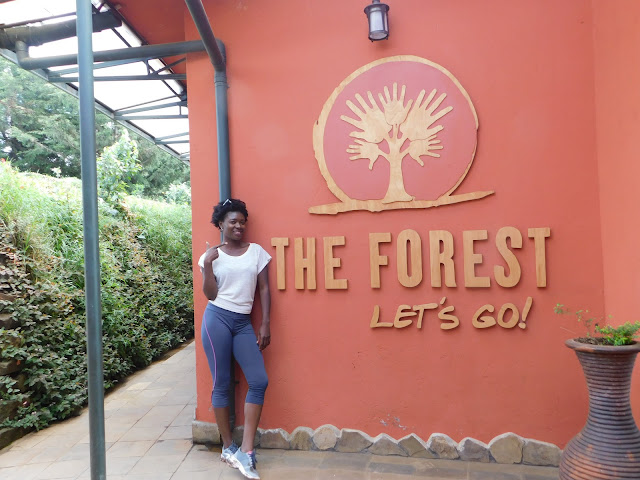 Next up was zip lining! Being the adrenaline junkie that I am, this was my reason for going in the first place. There were six of us in our group. My cousins and I then three other people. We were given instructions then showed what to do. We all had a go at how to break the speed then off we went! Some of the things we were told to bear in mind were put your knees together, fold them up then lean back. That would put your weight on and propel you forward. The instructors, Benson and Willy, were two happy fellows, there was no way you would not have fun with them! 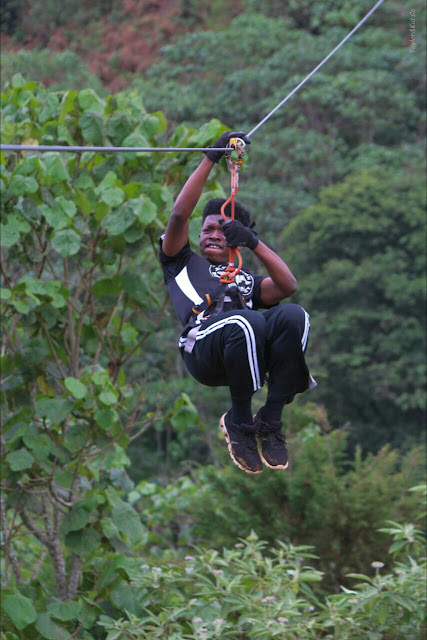 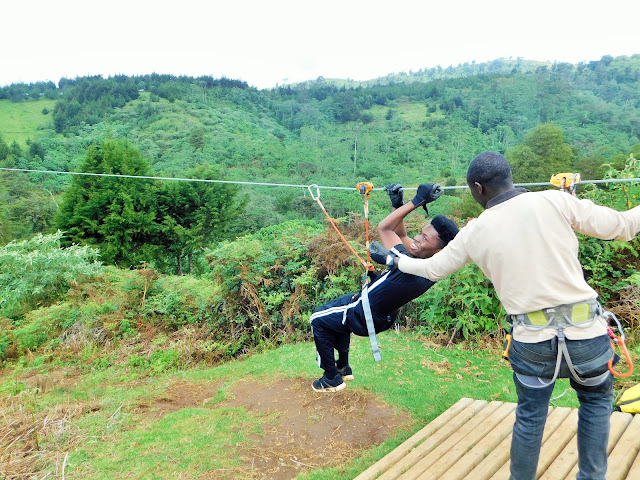 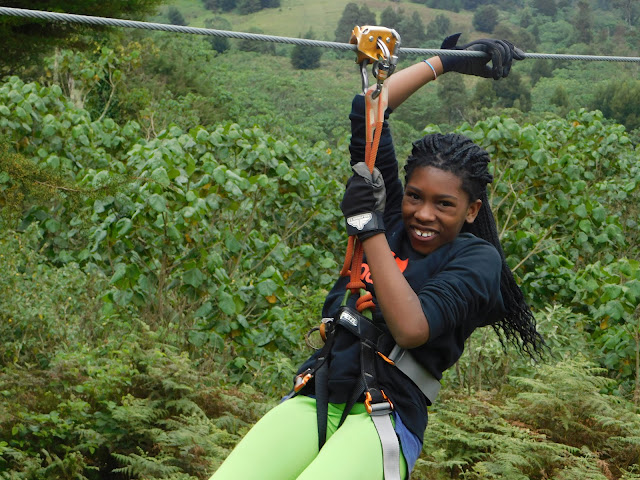 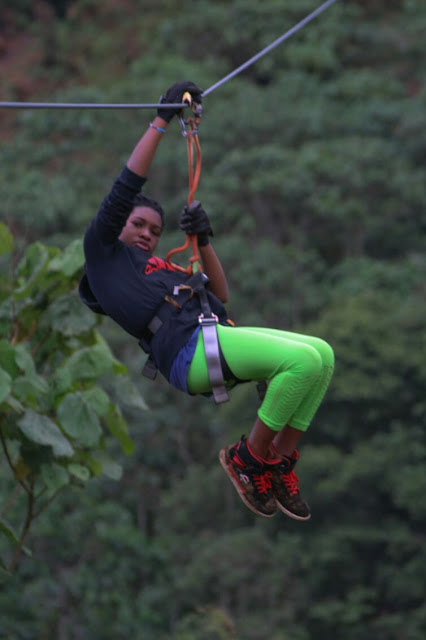 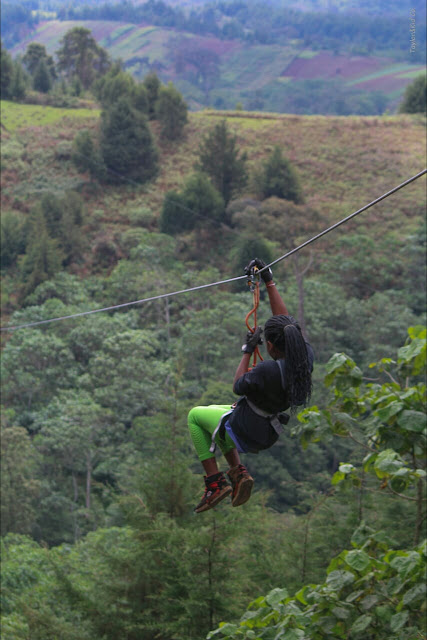 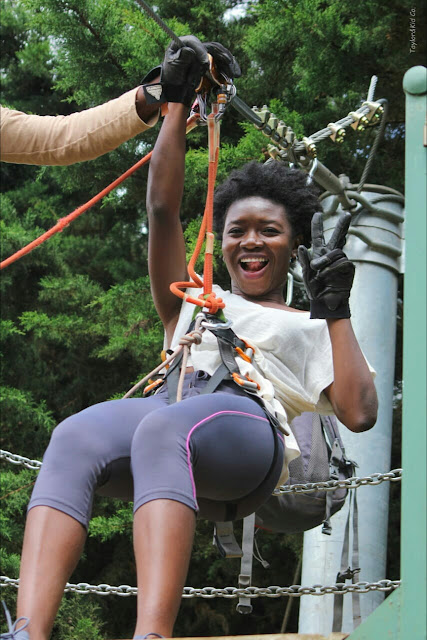 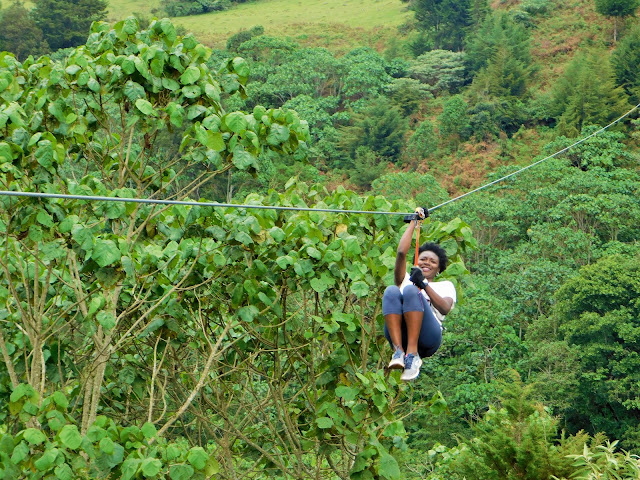 Afterwards we had time to play around. 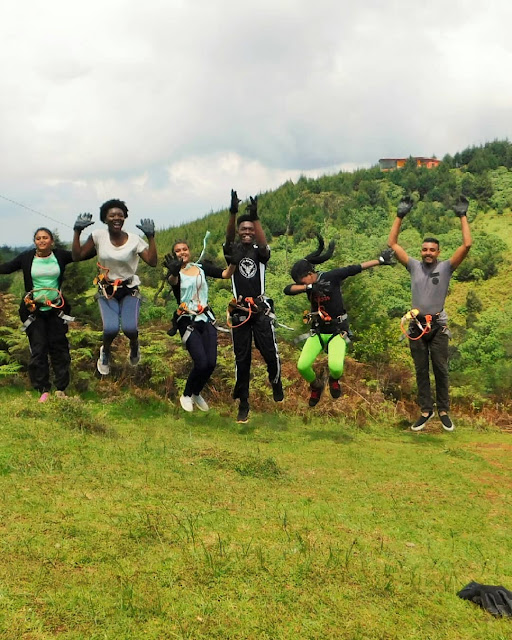 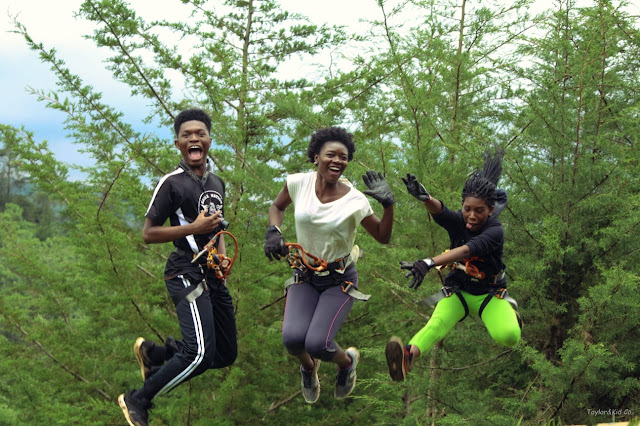 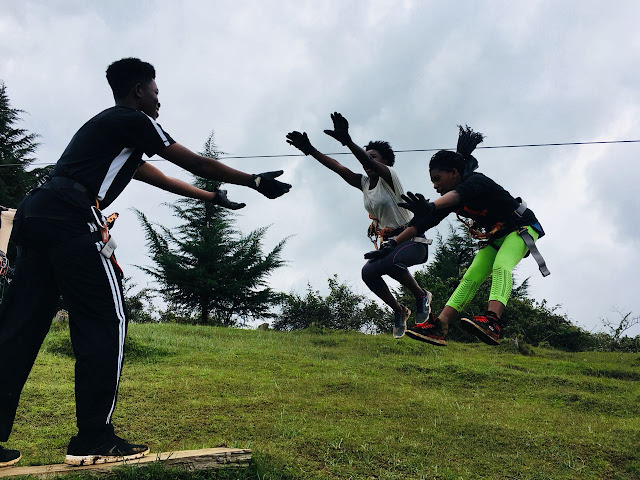 I generally tend to take good photos of people but when it comes to them taking of me, they don't get the best ones. I didn't want to deal with that this time so I paid for the photographer to do his job. He was great, his name is Kelvin. During our zip line tour, the other people in our group ended up giving me their phone to take their photos. One of them told me that she thought that I should be a photographer, haahahaha. I didn't regret asking Kelvin to take photos as my cousin was not fast enough sometimes. LOL

I had my camera with me so we have a good amount of good shots.


There is a restaurant if you would like to have a meal. We had enough to drink and snacks so we didn't eat there.
The Forest is a great place with a wide range of activities. A day trip on a weekend is perfect. They are open all week except on Mondays. We went on a Sunday. The number my colleague used to reach them was +254711223366, which is their WhatsApp number as well.
If you are in Nairobi and need something to do, you could try The Forest.