I was out with friends and it was an informal gathering, so of course we were all free to tease each other. We jumped from one topic to the other, and the banter just went on. We were on the topic of food and milk came up, I mentioned that I hadn’t had milk in a while.

In response to all the whys, “I am lactose intolerant and I have irritable bowel syndrome”. I got such an incredulous stare from some of the people I was having a chat with. What do you stand for or who are you really, some stares seemed to say. Then there was a barrage of comments and questions. “I thought that was only for white people?” “With you, I only hear sicknesses that I hear on TV.” “And it’s not just her but in her family, some people are allergic to sea food, nuts and other things.” “What kind of food do you eat apart from all these oyibo dishes?” “You do not eat enough, you don’t eat pepper, you eat all these salads and vegetables.” “You are too punctual and exercise too much when you are not even fat!”

All of this should have got me upset right? The conversation went on, there was a lot of teasing, which turned to concern at some point with some wanting to know how I manage. Then others, who could not wrap their heads around the subject. Eventually we moved on to another topic. I have been told so many times that I am not African. In fact, a friend of mine chooses to call me bounty. In his words, you only have black skin but are actually white inside. He thinks my ideologies and all I represent are far from African. "Our Nigerian oyibo", a set of people call me. There was a time I would get so angry but I got tired of wasting my feelings and time over this. I am at the point where these comments no longer bother me. But at the same time, I continue to wonder… how is it that I tend to be foreign everywhere? 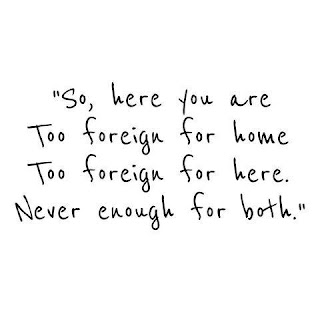 One question that comes to mind continuously is “what exactly does it entail to be African?” It seems I am missing it as there might be a certain way that I am supposed to behave, speak, act or even eat to be identified as African.

Well, I have chosen to be oblivious of whatever stereotype there is, or of the picture people have generally attached to being African, although one of the things I would say at this juncture is that not everyone can and will be the same. When people think of the African woman for instance, they think of a fleshy, curvy and shapely woman. There have always been those who do not fit into that category, does that make them less African than any other African woman? I would say that it is rather myopic to put an entire people into one lump.

According to World Population Review, “Africa is home to 54 recognized sovereign states and countries, 9 territories and 2 de facto independent states with very little recognition.” People from these different countries cannot all be the same, in looks and behavior. So I ask again, what really does being African entail? 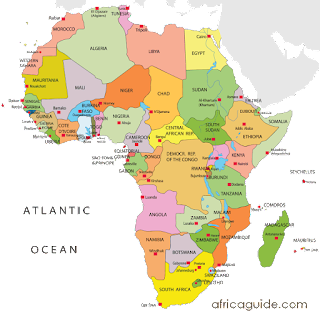 One thing that makes us African and goes without saying is the colour of our skin (except North and a part of South Africa of course) but for me, what should determine being African should not just be about looks, there should be cultural attachments, values, a sense of belonging and other things that connect people to their identities.

My definition of life to a large extent is tied to the place I call home. I do not see an entire continent as home, although, I have at different times lived in different places. When I think of home, I think of my country, Nigeria, as home. Even in Nigeria, I am yet to live in all states! But in some cases at home, I am sometimes made to feel like an outsider for reasons I cannot fully understand. I eat and prepare the same food, I prepare local soups which normally is considered ideal for an "African" woman to do, right? Haahahaa. I heckle with sellers in the market over prices like anyone would do, but some choose to say I still do not fit into the mainstream category of ‘African’ people.

In more ways than one, I am a non-conformist and people’s evaluation of who I am does not make me less or more who I am, because I am not one to try to fit in. I am Nigerian and African in the broader sense, which will never change. I am myself and I am happy and confident in my skin.

I read this written by Rita Wophill on facebook and it aired my every thought:

“It is so sad, sad that we unconsciously don’t attribute the good things to ourselves.
We associate class, good etiquette, eloquence in speech to the Western world.
We associate a good diet, a fit lifestyle and a daily attempt to a sound mind as "a thing of the West".
We associate discipline, punctuality and simplicity to oyibo.
We associate being free spirited, travelling and open mindedness to anyone but ourselves.
We associate knowledge, good morals and common sense to the white man.
All these and more we reject for ourselves. Even when one of us manages to break free and possess all these good things that should be of every human, he/she is tagged as "forming oyibo".
Don't we have a problem?”


To end this, I ask again, what does it entail to be African or who really is an African?