I woke up fine but at some point, I started to feel funny. I dismissed it at first but it all seemed to go downhill from there. I started this new work out so I thought that my body was simply adjusting to that. I was hungry and had started work without breakfast which I do very often. I went back to get myself something to eat then continued work but my whole body was revolting. I had a light headache, I was slightly dizzy, my tummy was in a state I could not describe, I felt cold but hot at the same time then my temperature had gone up. I spoke at this point, I told the residence manager that I didn’t feel well. I asked for a home malaria test kit and took the test, it came out negative. That was a relief as I had way too much work planned for the week to fall ill. I was meant to travel the next day.

I knew getting to a good hospital would be in the capital so I was slightly worried. She asked what my symptoms were, when I explained, she knew just what I needed. The first thing she said was ‘your flat mate had the same not long after he came here’. I asked her what she meant, then she explained that she thought my body was still adapting to the environment and that must have been the explanation for all these things that I could not explain. She advised that I get vitamin C effervescent. At this point, I could have ignored her advice but I followed. One of the things I know is, you cannot take the knowledge the locals have away from them.

She told me which pharmacy to go to and was sure to insist that I tell the pharmacist everything I had told her. She acts like a mummy sometimes, it’s endearing.  The pharmacist was yet to come in for the day so I went ahead and got what I needed then left. By the time I got home, the feeling was worse. I looked at the instructions and while reading, I noticed it also treated fatigue. I had been working extra hard and was tired although I didn’t want to accept that, as I had so much to do in such little time. I dropped the tablet into water and took it but at this point, I was no longer brave to act like I was fine so I went to lie down. I put a duvet over myself and tried to just rest a bit. My mind was as active as always. I processed so many things and was almost berating myself for taking some time to rest instead of working. But then my mind again said so clearly ‘if you died today, you would be replaced tomorrow’. That is not far from the truth! I gave in and accepted that fatigue was what was ‘worrying’ me. The last time one of my sisters complained of fatigue, the other one laughed so hard at her like it was something that was not possible. We made a joke of it but accepted that she was extremely tired and let her rest.

I have a lot of respect for my parents, I have watched them work so hard over the years and even when they get tired, they keep going. They may have suffered from fatigue, but they managed it well. Now the world is just different. It seems like we are incapable of handling half as much as our parents did. But I also am aware that this might be how people just die! The body gives signs I believe. This was my body complaining that it needed some rest but I had been pushing it. Even with all these signs, I managed to get some rest for thirty minutes and was back in the office. I had convinced myself of how there was so much work to be done and I could rest all I wanted to after work. I felt a lot better but I knew that was not wise. My appetite has also been up and down lately. All the signs were there that I needed to just get time off and rest! But how could I? Not just yet... 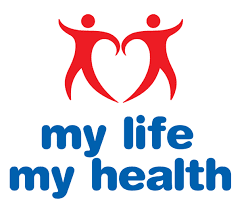 So two of the many questions I asked myself were ‘how much is too much?’ and ‘is this all about money/when will we ever stop chasing money?’. When I was younger, I do not think our parents worked this hard. Well, except they covered it up! I know the world is different now and it’s all about making a living, we work nonstop and it is easy to neglect some of the essential things like our health. Would it be worth it if we spent all the money we earned to cure ourselves of some kind of ailment? One thing I have always paid attention to is my health but these days, it seem s like I am beginning to neglect it, in some way... I know that I do not want to go down this path and one of the things I owe myself is to take care of me. So on this particular day, I recommitted to doing that with these strange feelings. I have always listened to my body so when it says, stop, I will!

This whole incident can easily be dismissed and forgotten but it was my wake up call! 'Health is wealth' they say. So be sure to take care of yourselves; eat, rest, exercise, do whatever keeps you well. And when your body says stop, listen to it!
Posted by Ene Abah at 15:10:00