Get a driver if you don't want to drive. You have a car so why do you keep travelling by public transport?
"You don't get it", she replied, "you don't seem to understand the situation. When these guys see people in private cars on the road, they make them easy targets to kidnap. They kidnap people in public cars as well, but people feel safer to travel in a group".

The state of the road makes things so much easier for these guys. There have been constant speculations that Julius Berger stopped work as necessary payments have not been made. I do not understand why the government awarded a contract for the road to be fixed without making the necessary payments. Part of the express way is closed, forcing cars to drive on the one way double lanes in both directions. The tar got peeled off so the road is in an awful state. The time to make this trip can no longer be estimated especially if one happens to be on the road on a day when there is an accident or incident.
Abuja - Kaduna express way is a route that was part of my life for a long time. I drove on that road often and never feared for my life because it was safe. All of a sudden, it has become of beehive of activity for thieves and kidnappers. 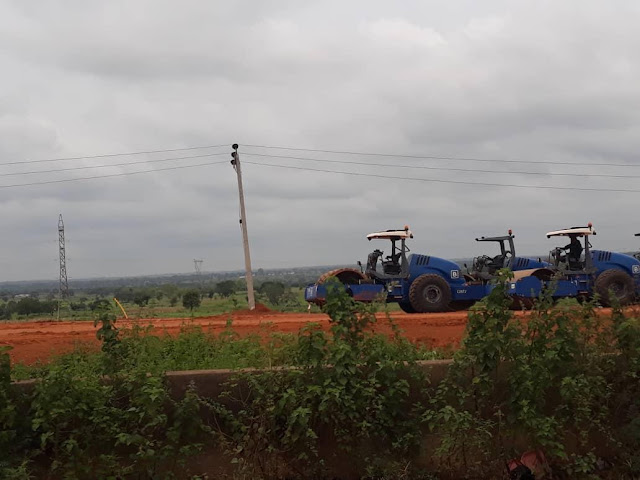 "Something happened to me that I must tell you about...I was on my way to Jos and my bus was attacked by herdsmen who had cutlasses"...the rest of this message came in a voice note as my friend seemed pretty shaken.
According to him, somewhere in Riyom local government, the herdsmen were on the road stopping cars, robbing people and beating them up. Then, raping girls! He said they were taking their time like they knew no law enforcement person would come to stop them. He lay on the floor for over two hours hoping help would come. The girl he was sitting in the car with was taken away and raped too, all the girls in the cars they stopped. He said that was the day it dawned on him how bad things were in our country and he was deeply disappointed in the government.

This message was tough for me to take in, especially the part where the herdsmen went on a rampage raping girls. I would rather they beat me and took all I had but left me with my dignity. They have taken those girls dignity away from them, and their lives will never be the same. I do hope they are able to get help, heal and speak out if it would help them, and not hide from shame or stigma.

I get more and more worried on how things are going in Nigeria these days. Security on all levels is at an all time low. Why or how should any of these guys be at liberty to do as they please? The number of check points on the roads are much more then they have ever been, but crime is perpetrated with no consequences. There is a theory that the law enforcement agencies at check points seemed to aid these guys, who know...?! People constantly live in fear in their own country. The government tends to react only when these issues affect their own. As for the citizenry, they bear the brunt and suffer for the mess the country has become.

If these government officials who rarely use these routes ever do, they sit in their air conditioned cars under the protection of a convoy that drives so recklessly and forces people to make way for them. They are so removed from the plight of the very people who elected them into office.

I am no expert in economics, but this government has run the economy into further recession and the poverty level continues to soar. This just could account for one reason why every Ibrahim, Tamuno and Uche would resort to the things we see play out. The worst part is, they get away with it!

The pain as I write this is deep...when is the government going to fix things? 59 years later, Nigeria can no longer be called a baby. I'm focusing on the government today and not on individual roles as there are certain things that individuals cannot do like making funds available for federal roads to be fixed. Individuals are not responsible for fixing the entire law enforcement agencies, deploying these agents and ensuring that they get paid and are motivated to keep us all safe.
Bad governance, corrupt and greedy leadership is killing us.
How much longer will Nigeria keep the lid on the jar before it is tipped over?!