I recently had a conversation with a friend about perception, expectation and reality. It seems like people tend to be influenced strongly by other people's perception of them and this leads them to behave in certain ways.
The fact that sometimes people perceives you in a certain way does not mean that you are necessarily that way. On the other hand, one person's perception of you could influence other people's perception of you even before they have the chance to ever know you or meet you.
I am an advocate for creating impressions for yourself. A person's feelings or experiences do not have to be mine so I prefer to form that for myself. 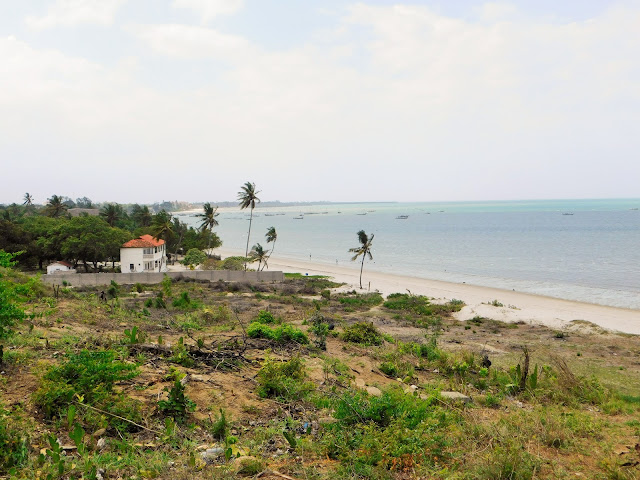 A strong driver of behaviour could be fear of change and sometimes envy of other peoples success. I find that people are a product of their environment and experiences. There are widely acceptable norms but these certainly vary from place to place and from culture to culture. Someone's culture might have formed their reality but that does not have to be everyone else's.

In the part of Tanzania where I live, there have been some things I've had to get used to which are normal practice. It is common practice for two people to move in together and start their lives, bear children then the official ceremonies could come later. Everyone talks of their wives or husbands so I was taken aback when these people in question mentioned that they were preparing for their weddings. In my ignorance I asked how, since they referred to their partners as husbands and wives. At that point they pointed out to me that although they lived together and had children, the necessary rites hadn't been done.
People would normally say their partners or fiancés or whatever, but that's the way it is here.

When weddings are organised, people are expected to give a contribution. This in itself is nothing new. Someone was getting married and I was told that they were waiting for my contribution which seemed rather odd, as I once thought that this was meant to be voluntary, based on my relationship with the person. I asked another Tanzanian why it was made to sound like an obligation for others to contribute and the reply I got was 'that's the way it is'. I asked whether a present was still expected after the contribution. Although I did not get a clear answer, I did a comparison to the way I believe it works in my country and in other places. When people decide to get married, they plan and save towards their wedding. If others choose to give contributions towards the wedding or to help out, that would be voluntary. The couple made the choice to get married, so it should be the couple's responsibility to fund the wedding and not for others to shoulder that responsibility.

I received a wedding invitation addressed to me and it was clearly written that the couple expected monetary contribution to support the wedding. I was away when the invitation came so the person did not ask me directly. But someone else who was handed the invitation told me that when he was given the invitation, the person told him that he would be expecting the money. He was shocked and told me about it. I explained with the knowledge I had gained from my conversation with other Tanzanians. Cultural practices and norms certainly vary in different places

Another thing that seems normal around here is staring. You can’t win a Tanzanian in a stare down...lol. They will look you in the eye till you give up! People stare here with no apologies. I was taught that staring was impolite but I doubt if the same education was given to people here. It made me uncomfortable at first until I realised that people really did not care. And oh, the notion of personal space...forget it!

What works for one person might not work for another, there isn't one way to doing things. There is so much intolerance because we sometimes choose to be close minded. Understanding motives and reasons for people's actions could be the place to start from before conclusions and judgements come in.
What is one person's reality especially based on perception does not have to be another person's. There is no box to check on how things must be.