Finding beauty all around Burundi

I went on a trip to Burundi in mid March and I just couldn't stop taking photos. The country has a beautiful landscape.
Like Rwanda, it is a country of hills. It was green and scenic, it's the rainy season so everything looked lush and nice. 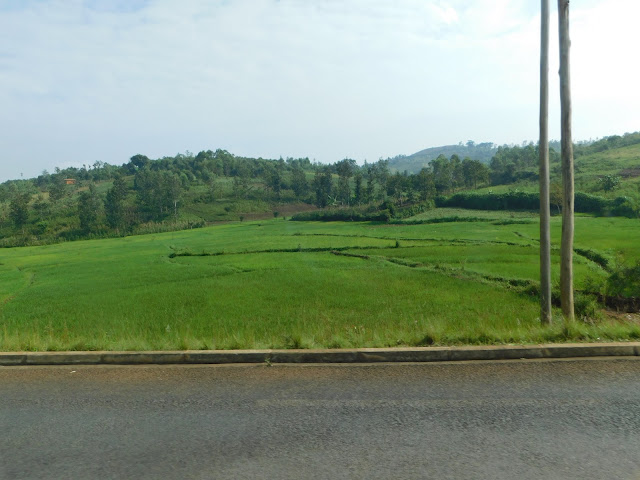 People who remain in the capital might not get the chance to see the beautiful scenery in different parts of the country.

I went to four provinces, starting from the capital - Bujumbura. I got into Bujumbura on Monday, then set out to Gitega on Tuesday.
We made our way to Karusi then Muyinga finally. The views in Muyinga were my favourite, we walked quite a bit.

There were parts of the village that the car could not get to, so we parked and continued on foot. Seeing the way people live in villages is always interesting. The joie de vivre with little or nothing always always gets me to appreciate every moment. 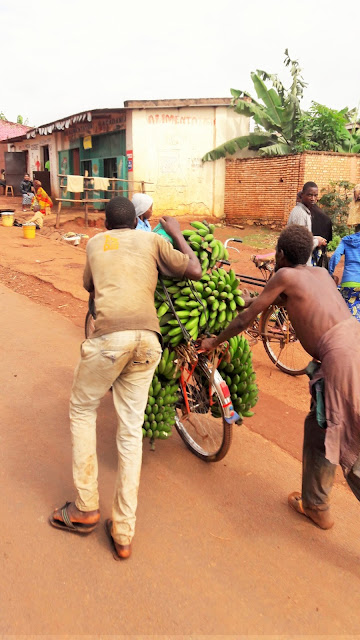 The people were fascinated by the car, by my white colleague and there were shouts of 'muzungu' the whole time. At every point, a crowd would gather to look at her, she asked why that always happened and I explained that it was pure fascination at seeing someone different from them, they meant no harm. She accepted her celebrity status at a point and played with some of the children. This got them extremely excited.

There were many of these 'monuments' all around representing different things. 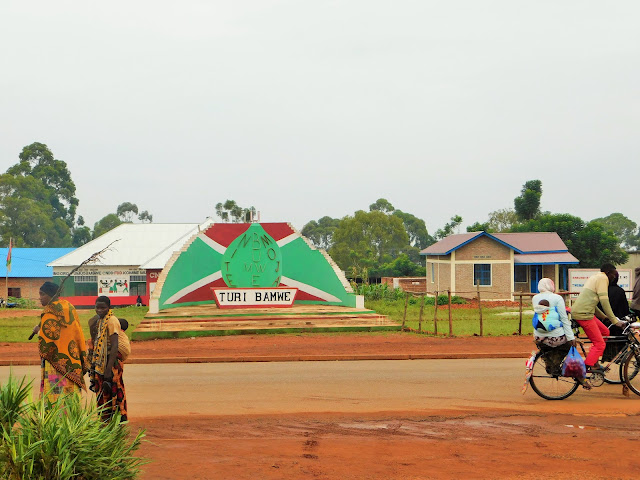 The roads were narrow and scary to me. I found myself imagining that if we fell over, we would tumble all the way down with no possibility of survival.
While I was thinking of that, there were guys on bicycles who hung onto trucks to get up or down the hilly roads. I was scared for them but it looked like the norm and something they were used to. 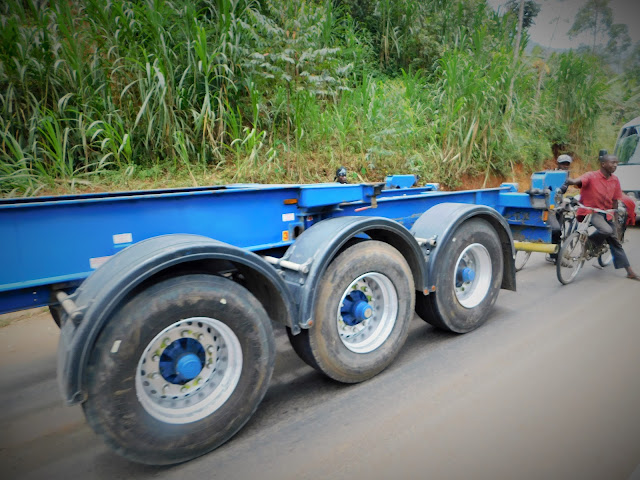 My colleague and I were freaking out for these guys with all they had on their bicycles. The driver was going so fast. It was scary to watch him take the bend. 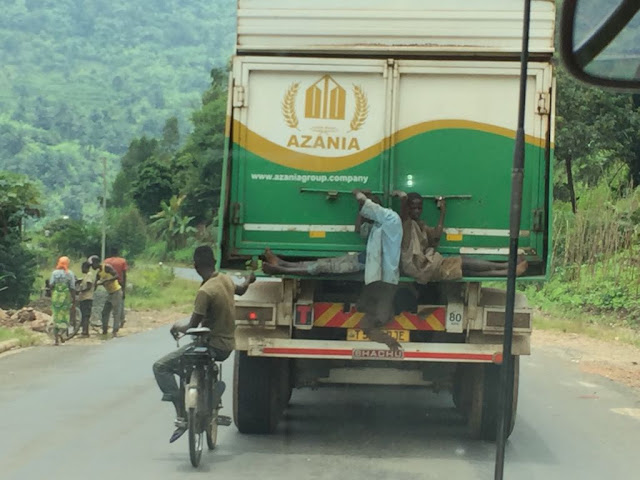 Some of these trucks drove so fast. There were cars right behind the trucks, if they were to let go for any reason, they would get crushed instantly. These thoughts kept running through my mind.

On our way back to Bujumbura, we stopped at a place where vegetables were sold. I found what the sellers had done to be genius! I'm not sure how the troughs were created from the rocks, but that was their source of water. 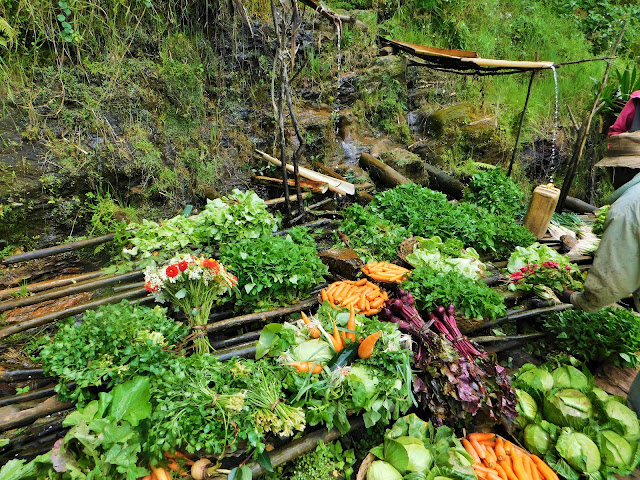 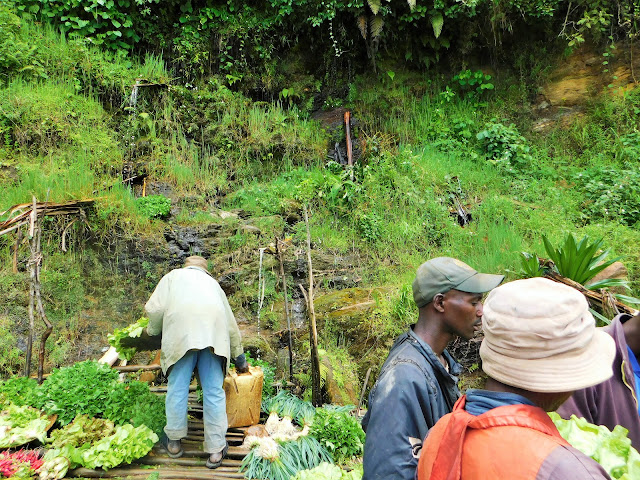 We noticed that the predominant hair style was a very well shaped afro - on the streets and everywhere. I didn't manage to get proper photos of them. I preferred not to have my camera in people's faces.

I don't have much to write about the people as I was not in one place long enough to have proper interactions...I spent a good amount of time working or on the road. However, we were warned from the beginning just like we were in Rwanda to avoid political and religious discussions.

Thankfully, we spent the weekend in Bujumbura, so I could relax a bit, go to restaurants and even the beach! The restaurants I went to were Waka Waka, Restaurant Tanganyika, Maison Cremerie, Hotel Club du Lac Tanganyika. It was a delight to eat out. My hosts were amazing. I had a fun weekend.

On Friday there was an old school thing at Pacha, the place had a nice ambience and the people at the party were fun. We got home around 2:30AM. On Saturday, there was a St. Patrick's party, that was so much fun too.

After two days of dancing, I was not willing to exert myself in any way on Sunday so it was a day to take easy. The beach was a perfect idea. 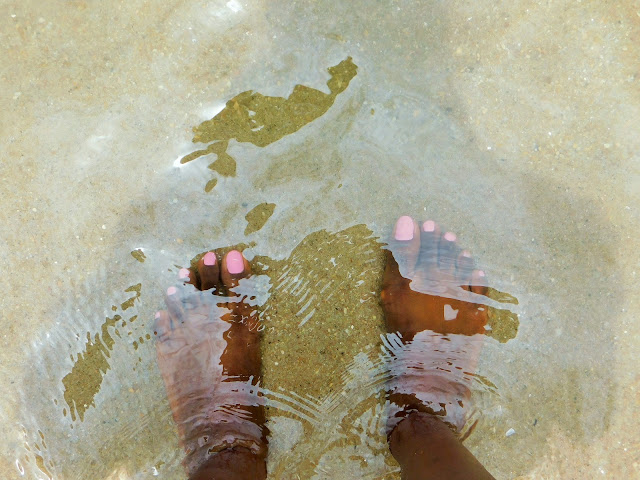 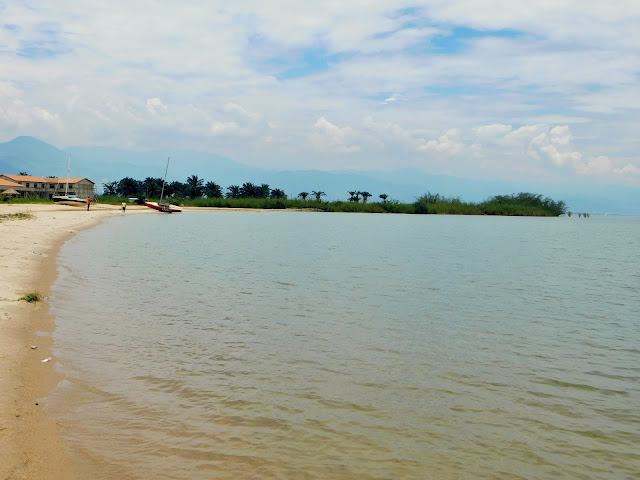 I probably went overboard with buying food items I had not seen in a while. Coming from the village I currently live in, I'm sure nobody would blame me 😅