I am not the best person to diet. I probably like food way too much to cut any food group out of my diet, except it causes harm to me. I am an adventurous eater, and food, I will continue to try every time I can in different countries and places. People bond very easily over food and food says a lot about culture and about people.

There seems to be a new trend of people cutting out things from their food for dieting purposes. Some are extreme, some might be for health reasons, but there are other purposes.

I met someone recently who said she does not eat rice…I was curious and asked why, her response implied that she had cut carbs out of her diet. Then I reminded her that carbohydrates have their function in the body and is one of the food groups which her body needs for a balanced diet. She protested that she could get carbs from beans. I thought that beans was purely protein but I had to serve my curious mind by researching and discovered that it has carbohydrates.

Another friend cut salt out of her food and has been on a strict diet, of raw food. She refers to herself as a health junkie. Anyway, she was recently told that she had low blood pressure and was placed on a diet where salt is a requirement. She was feeling faint because her blood pressure was low but says she feels great now with salt in her food. For a moment, I tried to put myself in her shoes to imagine how my food would taste without salt and nahhhhh! I think salt falls under minerals in the food groups and I’m not about to research how it helps in the body, but it gives taste to food and I won’t cook without it! Obviously it serves other purposes…people with high blood pressure avoid it, and from this friend, I see that it is needed to keep the blood pressure normal. Who knew? 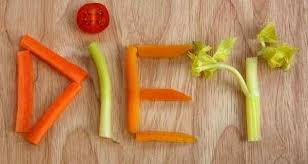 My sister has tried a few slimming pills and recently tried a diet as she was not the biggest fan of exercise. The thing I noticed was that each time she stopped taking the pills, the weight she might have trimmed came right back. So she had to get sensible and start exercising. Obviously, hard as she tried, the pills were not working for her. She is lazy to gather and prepare the food for diets but has been happier since she started exercising and feels pumped when she does. Now she goes to work out on her own sometimes when I’m not there.

I have absolutely nothing against diets but when diets start to have adverse effects on the person dieting, I do not think it is worth it. It must also take a lot of hard work to look at food you might like and decide not to eat it. It would be sheer torture for me! I have tried before and I knew I would not succeed in that area. Cutting out certain things left me feeling faint and moody. When I detox sometimes, I get the faint feeling but I know it’s for a few days so I get by. I have a sensitive stomach for two reasons – I was diagnosed with irritable bowel syndrome and I am lactose intolerant. I have had to keep a food diary sometimes. Whenever my body starts to act up, I go to the diary to try to figure out what might be causing it. I have found a few shocking revelations about my system thanks to this method. There are things I should not eat, but I eat anyway. Some which cause serious scenes, I avoid, but eat maybe once in a very long time.
I believe more in portion control, detox every now and then, eating at the right time and exercising. At least that works for me.

There are times I would advise, if you must diet; understand the way your system works and reacts to food. When it comes down to it and if need be, seek a medical practitioners opinion, because dieting for wrong reasons could sometimes leave a person feeling miserable and insecure without guidance or support.

I would be keen to read what experiences you have had with dieting..if you succeeded at it or are just as bad as I am. Please share :-)


PS: This post was written with the permission of the people mentioned.