Cars sometimes have a mind of their own…today was one of those days for my car. It was something anyone, including me, might have considered as minor but I was not willing to take any chances so I called the mechanic to pick the car up. That left me with the option of finding my way to work.

The transport system is one that is not exactly functional in Abuja. There are ways to get around but there is no proper system in place. It’s a struggle, like many other things here.

Anyway, I got on a bike and the dust on the back road we took had me blinking a lot. When we got to the stop, there were many cars heading out; private and commercial. Many private cars had no passengers and that made me feel bad for a minute.

Being on the other side, in need of a lift, you realise what it’s like. It was the normal thing to do to give people lifts until this incident. After that, I started picking people up only in the neighbourhood or some children whose school is on my way, when I see them.
I have been wary of stopping where there are crowds in order not to have a repeat of that, but who knows?
A car stopped beside me and it was going my way so I got in. The car was air conditioned which made me happy, first. There were three of us at the back and one in front so the ride was smooth. When the first person asked to be dropped off, she attempted to pay but he didn’t accept the money. 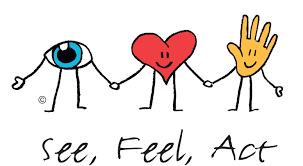 This made me think…It reminded me of some of the people who try to pay when I give lifts. And it made me see how people can change you. I stopped giving lifts as often because of a few bad experiences, but, that lift to someone might mean everything and could start the day on an amazing note, the way mine started today.
There are good people all over in the world, I am constantly reminded of that. My faith in humanity despite all the horror we see never dies, just when I start to let it sink in that humanity is completely messed up, it gets restored. The man who gave me a lift might not know but he has encouraged me to get back to it and pay it forward.
Posted by Ene Abah at 15:13:00