I went to the cinema after work yesterday. I wasn't sure of what I wanted to watch although I looked at the film list. I got into the lift and a preview of Oloibiri was showing, it caught my attention and my decision was made!

I will try not to reveal too much for anyone who might want to watch it but I will mention a few scenes.

This film did not just hit a nerve, it jacked and pulled every nerve in me. I shivered as I watched, literally. I cry when it comes to films but in this case, there were too many sensations and tears were far away. 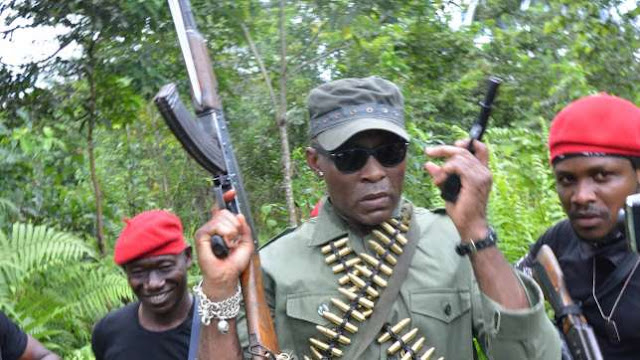 Sometimes we watch films to unwind but this wound me up, left me asking so many questions.
The film explored a number of themes, the curse of oil being the primary one. Betrayal. Herd mentality. Activism. Familial love. Despair. Bitterness. Strong will and lack of it. Corruption. Violence. War crimes. e.t.c.

This film potrays the Niger Delta and the ills that have been done, the gullibility of the indigenes and their failure to speak loudly enough for things to change, then the approach of the militants to address the issue. At some point, an elder of the community, Timipre, kept playing the victim and was angry at the world but Powell said clearly that "it takes two to screw or be screwed".

At the scene where there were hostages and an innocent person was whipped mercilessly for the sins of others and his "complicity" to help the "enemy", so many things came to mind. I remembered a colleague whose husband was killed in a similar situation, I thought about different hostage situations.
When people fight for a cause and go about it using the wrong approach and expect that everyone should be on their side, scenes like the one that played out are not uncommon.
This was the closest to the Niger Delta militant situation I had seen. I have read so much about it but there is something about images.

Working in the humanitarian field where we are constantly in the front line of conflicts, so many things stood out to me and at a point I asked myself, what if that were me!

After the film, I went to the loo. Two other ladies who came out of the same hall went to the loo also and were chatting about the film. Suddenly, one said "people in the North will be able to relate more to the film". I felt like I had been slapped! People in the North? How about those in the South South who are living through the horror of what was shown? I can understand that she may never have been around that situation or seen it, but when people push reality aside like it isn't the case, I don't know how we could possibly advance.

There were too many people who doubted the abduction of the Chibok girls, some have chosen not to see how grave the situation of displaced people in the North is. I have heard comments like "it's their problem to deal with, it doesn't affect me". Nigeria's oil curse was shown in the film and someone who watched it said the Northerners will relate more to it! There is no oil in the North. Yes, it is troubled but from something completely different. And all the conflicts around the country affect us all.

I totally agreed with Timipre when he said "violence is never the answer". It has got us nowhere in the world. I know it is wishful thinking to think that diplomacy should come into play more, but there is just too much violence and blood shed. The world has gone crazy, it really has. Wars, violence, revenge. I don't know, but maybe the fact that I have seen a bit of the humanitarian situation in the North East, and how bad things are, I am feeling this way.

Now, even if people like young Timipre still try to fight, he rightly said he cannot go against a whole clan. And he tried! But sometimes reason is not good enough when the majority is on the other side!
People happily settle for peanuts to the detriment of the general good. Bribery has got us nowhere. At the end, it always comes back to bite us all in some way.

The people, the government and the ones causing the pollution all have a role to play, the responsibility or lack of it is collective. But until we get to the point where we are able to collectively hold oil companies accountable for the mess in our country, people will continue to suffer.

This was the last I saw of the  oil spill clean up and I am eager to see that it actually happens. It could take quarter of a century but baby steps already...

If topics like this interest you, Oloibiri is definitely worth watching.
Posted by Ene Abah at 13:07:00