Sometime in June, my friend and I started to plan our next holiday. We eventually settled for the U.K. She had never been there, but as I have been so many times, the only condition for me was to visit a place I had never been to. I mentioned to her and that I had never been to Scotland, so that seemed like our travel destination. We had to plan around our work schedules which was not the easiest thing but October was the best we could agree on.

She arrived in the U.K. a week before me and went around England but we both met in Edinburgh, Scotland. I found us a host through Couch Surfing who was super nice. He picked us up from the central station so that was a good start. We warned him that there might be a scream moment as we had not seen each other in about 5 years and live in different countries. It was a great to finally see her.

We had a week together, we spent the first three nights in Edinburgh. We both agreed that it was a beautiful city but it was somewhat laid back for a capital. Getting around was easy, buses were everywhere but we walked mostly. My travel buddy, Bukky, was fascinated by the old buildings and the part where some were in rocky areas. She tried to imagine how the buildings were done without the technology available to us today. She studied building for her first degree so this was not out of place. 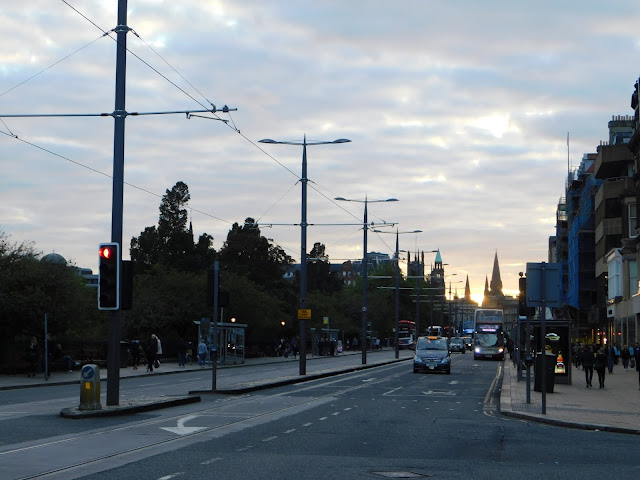 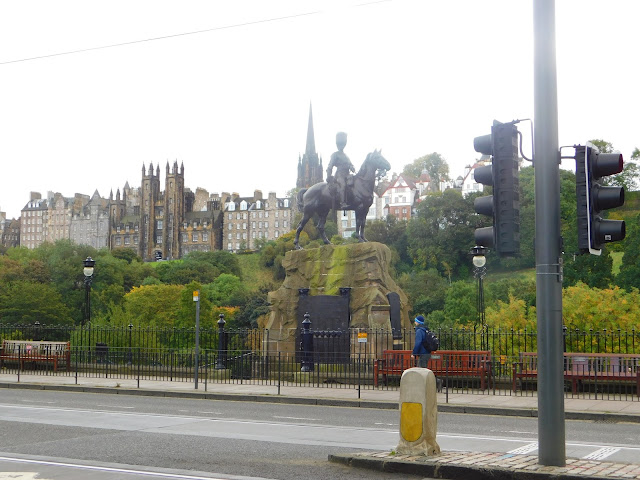 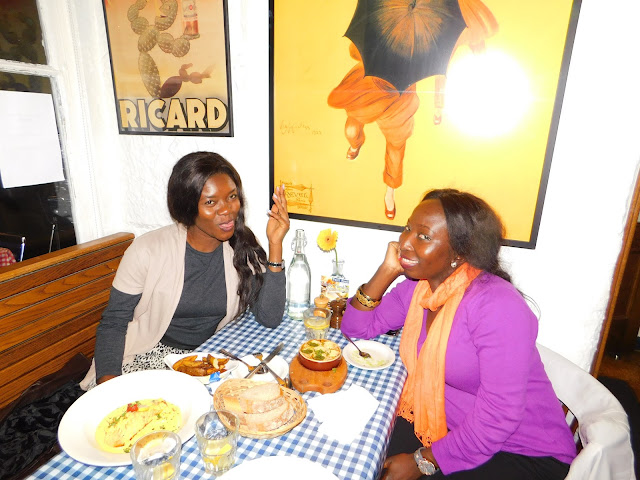 I thought that it would be incomplete to visit Scotland and not go to an Island. During our planning days, I suggested this to Bukky who was also keen. Deciding on which was a struggle, so after a few e-mails back and forth, we decided to make that decision when we were together. We asked our host who gave us options that were not even on our list. Isle of Arran won eventually and it was easily accessible.

Our host was such a good-natured person, we thought we’d make him breakfast the day before leaving for Arran. He also isn’t a morning person so we came up with a plan. We got breakfast started then started banging on pots to wake him up. He came out with a smile saying the wake up call had some harmony to it. He got ready for work then we had breakfast. He was so touched and mentioned that no guest had ever made him breakfast. We were pleased that we started his day on a good note. We had some other interesting moments but I’ll let the photos speak.

I thought I was coming down with a cold on this night. Fraser and Bukky thought whiskey would do the trick. I obliged, I didn't like it...I zonked out and Bukky said I even snored. The next morning, I was fine. 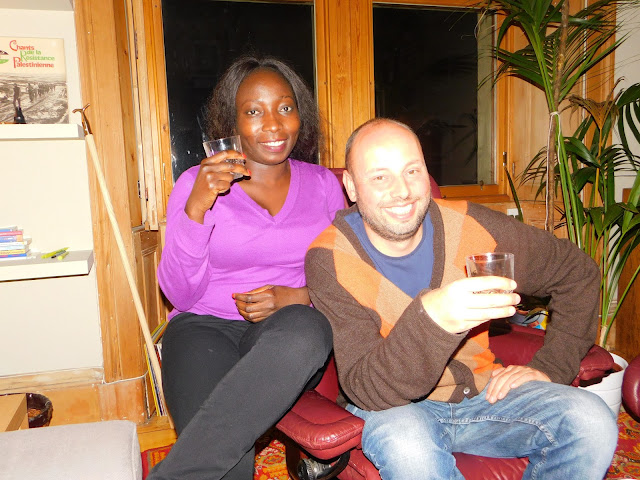 We headed to the Island on our third day. We took a train from Edinburgh to Glasgow then a bus to the main station where we took another train to the harbour, and after a ferry ride, we were in Arran. 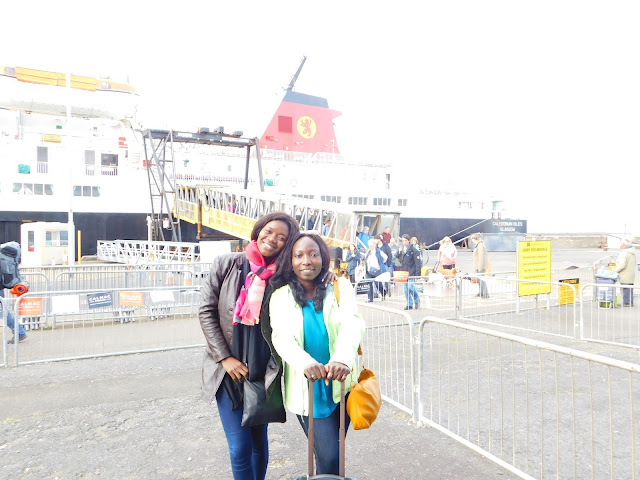 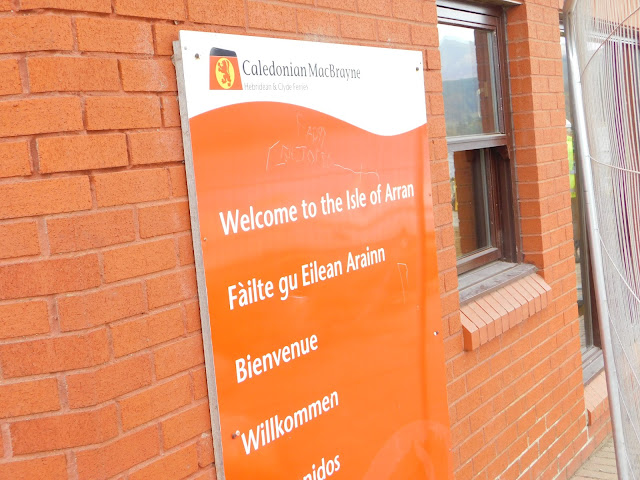 We chose to and were excited to discover on the go so we didn’t make reservations for accommodation. We turned up and walked into the information office to ask for accommodation. A few phone calls and we were walking up the street to Dunvegan guest house. The part of the Island we stayed in was Brodick we opted not to go further in especially as we didn’t have a car. 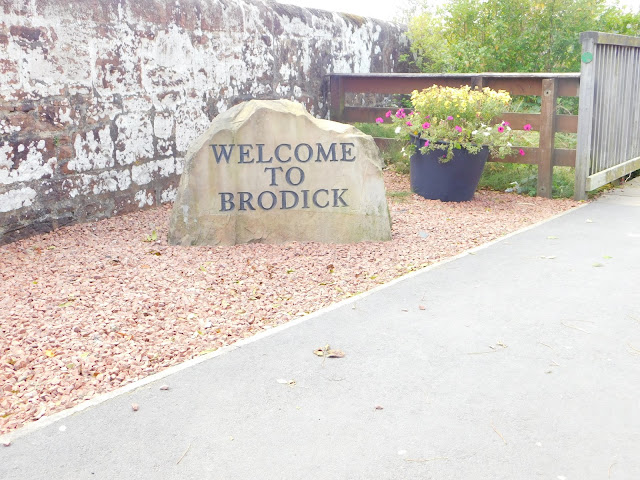 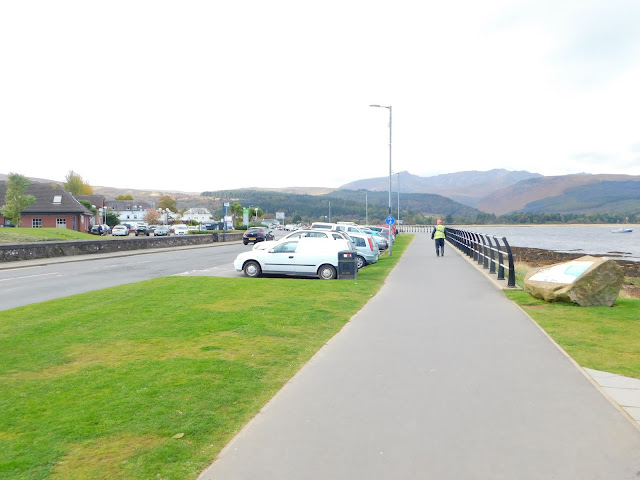 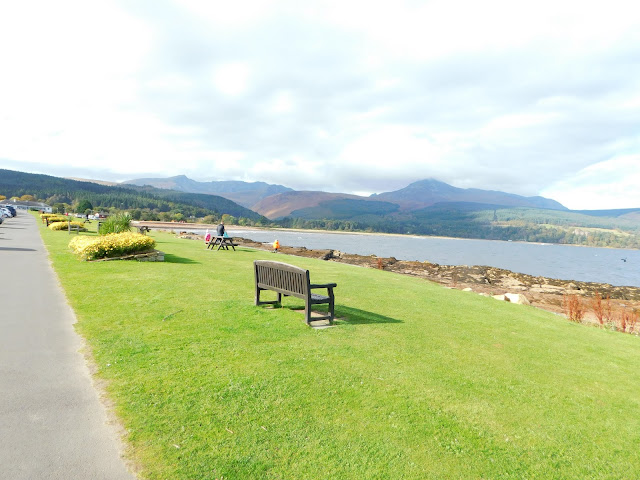 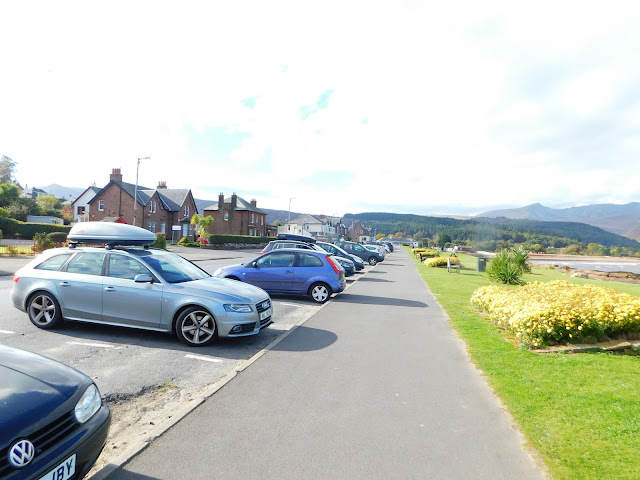 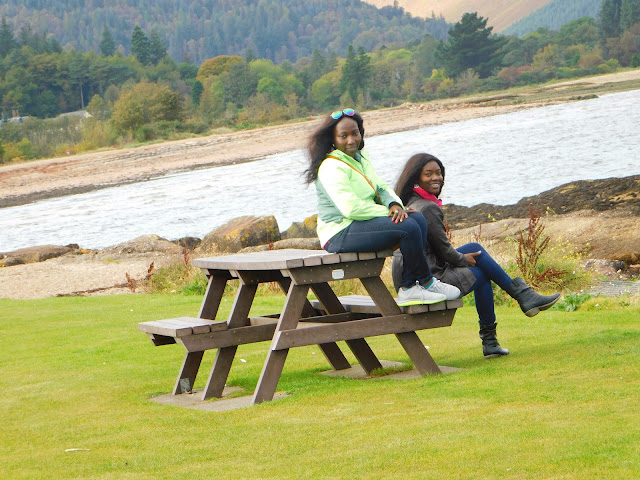 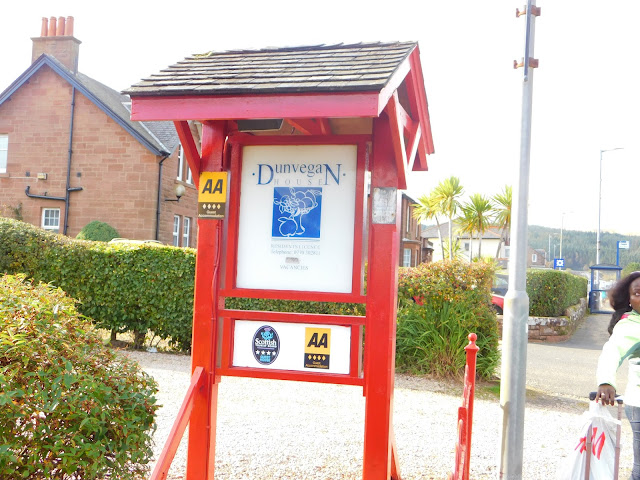 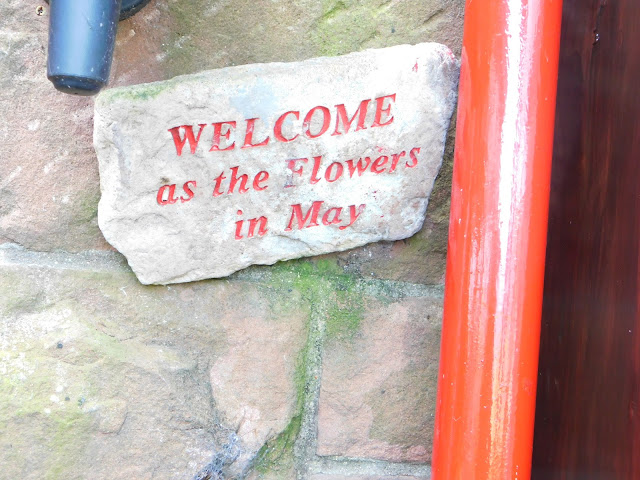 We were told in Edinburgh that the fish and chips here would be amazing. We got to Brodick around late lunch time so we went looking. We asked someone, and going with the recommendation, we were in a cafe waiting. The fish and chips arrived, but we were let down, we had eaten better!
We made enquiries about what we could possibly do. One of the waitresses was super nice and talked us through our options. And oh before I forget, we were probably the only black people so we got stared at, a lot! We could see some struggling not to stare, others staring hard with some level of shock, some walking past and giving that very oyibo smile that disappears immediately they walk by or some who were happy to say hello. It provided entertainment for us and we laughed a lot, it was all part of the thrill. We didn't mind really. By the time we got back to our room around 5, we were both exhausted and passed out. We woke up around 9pm, chatted till about midnight then I slept off again. Bukky is a night owl so she stays up till early hours of the morning before she goes to sleep. 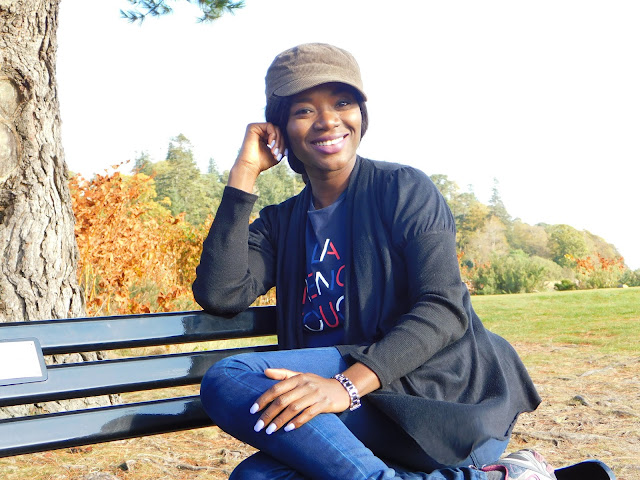 That morning, breakfast was a full Scottish one. The food looked so good, got us excited and we ate too much!
An hour after breakfast, we headed to the Brodick Castle. It was meant to be a 45 minute walk but with us stopping to take pictures, it took us an hour. We left at 11am and were on the castle lawn at noon. We took, pictures and wandered about before our guided tour at 2pm. 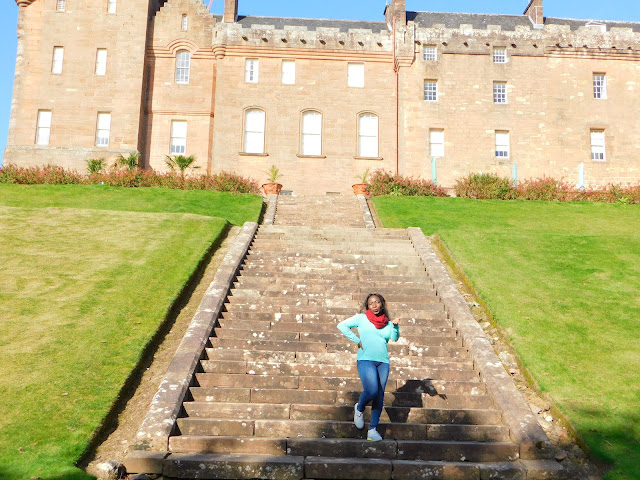 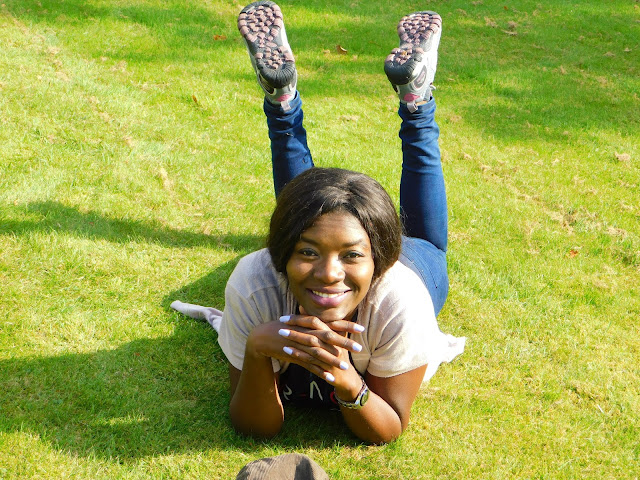 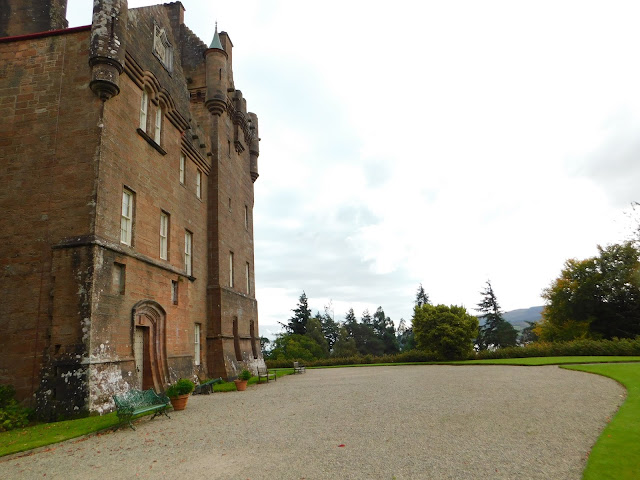 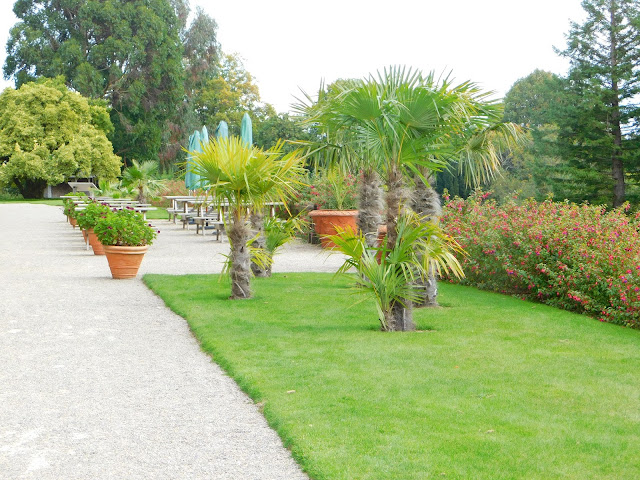 As usual with these sorts of places, photography was not allowed inside. It was a two hour interesting history of the castle. At a point, the guide, lovely older woman, was uncomfortable as she had to tell us the part where some of the wealth of the families was from slave trade and there were some hideous looking square stools carved with the legs as sculptures of black slaves (extremely ugly looking that I had to wonder whether that was the way black people appeared to them) holding up something heavy which was the seat. The guide described them as things she would have hidden away for the sheer ugliness, but at the end, it's all part of history and we cannot pretend that it didn't happen.

Anyway, this castle was rebuilt three times in summary. At the end of the tour, the poor tour guide apologised if there was anything that made us feel uncomfortable and added again that it was all history and if they didn't say it, they would be dishonest. We agreed with her and assured her that we were fine before leaving.

Heading back to Dunvegan, temperatures had dropped so we did a power walk back, got some dinner on our way and retired for the day. After that heavy breakfast, we didn’t need lunch!

I'll upload more pictures and finish the post during the weekend :-)