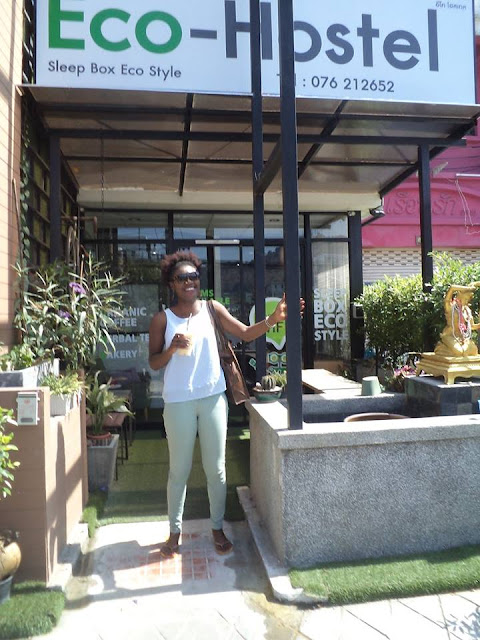 We landed in Phuket and our driver greeted us warmly. We decided to try staying in a hostel, more my suggestion, my travel buddy wasn't keen.  From questions we asked the driver, we found out that although Patong beach is in Phuket, it was not so much in Central Phuket so we already knew that we would not stay long in the hostel. We checked out a few hotels before setting out as we wandered around Phuket city. We only spent one night there. 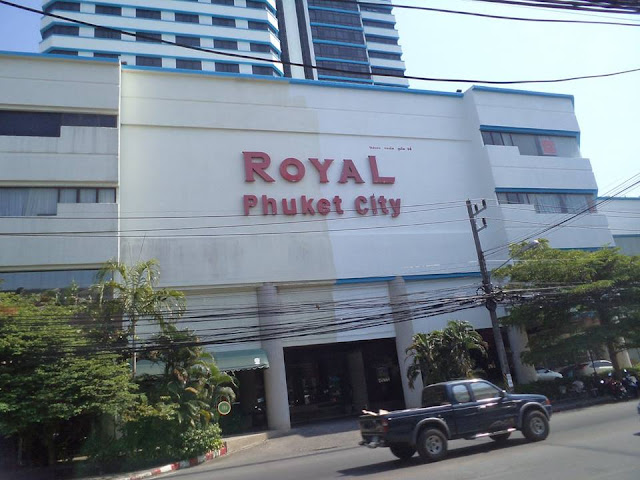 We took a trip to the famous Patong beach, so many activities were going on around there - that was where we wanted to be! We went to one of the hotels we checked online, we had a look and were convinced, so we made payments for the rest of our stay in Phuket. We were picked up with our belongings from the hostel the next morning.

Depending on where you might like to stay, this worked for us. Bangla road is where everything happens, the road that doesn't sleep! We didn't want to be right in the middle of the noise so we stayed at Larn Park Resortel which was a fifteen minute walk to Patong beach and Bangla road. There was also a pool to return to which was great! We did so much in Phuket so there will be more photos than writing.

﻿
﻿ This food market was two minutes away from our hotel, easily accessible and it had variety. It was there all day till about 10 or 11pm. 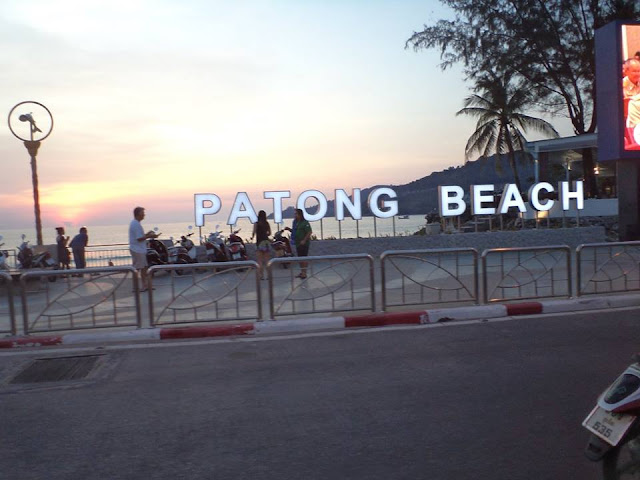 ﻿ On each Island, we had enough time to explore. We were nearly left behind once cos we went far in! 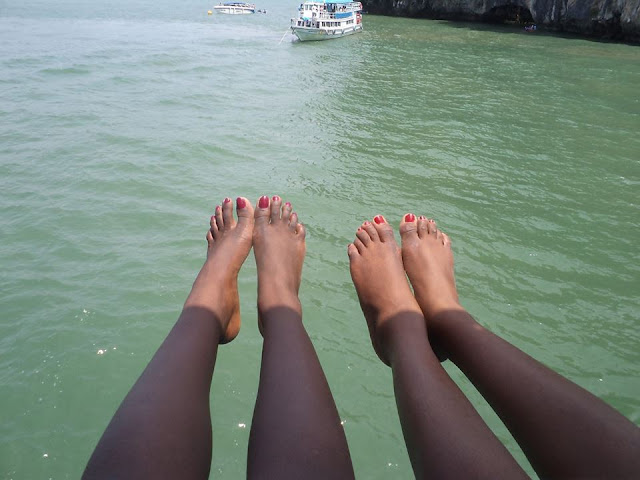 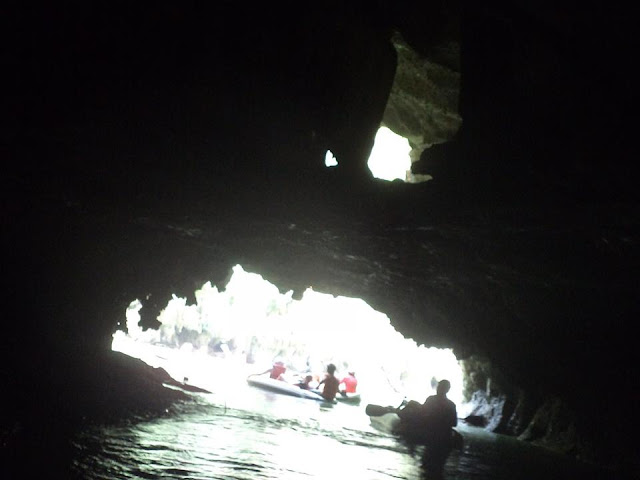 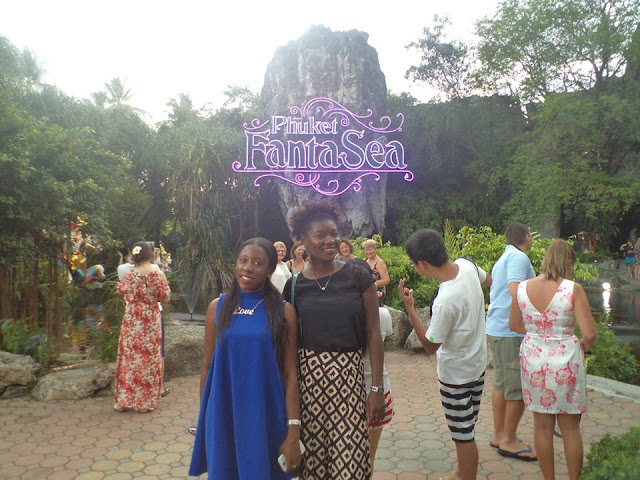 
﻿ On this day, it was the Songkran festival which signified the New Year/Water festival. The whole day was all about water. From the previous day, water guns were being sold and people prepared with water proof pouches for phones and cameras but we didn't anticipate that the day would be the way it was.

From the minute dawn broke, it was a water festival indeed! Nobody needed permission, water was poured on any and everybody, some had face paint smeared over themselves and others. Some people had barrels of water and stood by the road waiting, there were hoses in the barrels that refilled as the water went down. Everybody was involved - old, young, tourist, local. It was fun!

I started the day by going to church - it was a Sunday. I was keen to see what a Thai service would be like so I checked for a church close by and I was careful to check for one that had non Thai speakers in mind. My travel buddy slept in.
It was different but nice. As I so obviously stood out, someone came to sit beside me and did the translation. There were two of us who were foreigners. At the end, the older ones sat in a row outside and had water beside them. We filed out to greet them and they blessed people by dipping their hands in water and sprinkling on them or some poured a little. I asked what the significance was and I was told that it was the culture and as the day started a New Year, water was used to call blessings for the year - something like that.
They served lunch, as we ate I had a good conversation with a few people then off I went.
As I walked on the streets, water was thrown at me, poured over me. I had no water gun so I just walked through and enjoyed the whole thing. 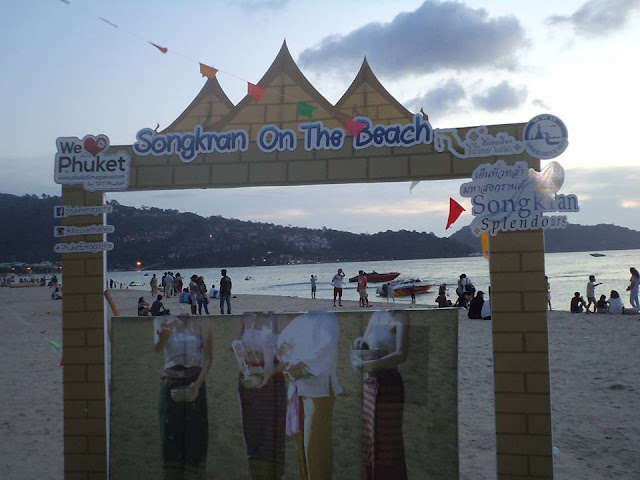 ﻿
﻿
﻿﻿
Old, young, local, tourist, everyone was involved. There were hoses everywhere for refills, the price of water guns was crazy that day! There was a mall off Bangla road that had an organised water battle, guys took turns to hold the water hoses, the kind of hoses that are used by fire service men.

The day after, we walked out half expecting water to be thrown at us, but sanity had returned. It was like nothing happened the previous day!
﻿
﻿
We went for a ping pong show...please check for yourself what that is. It is better seen than written about! Photos were not allowed so...

There was no slowing down through our stay in Phuket, the shows, the Islands, Bangla road, everything! It was such good fun and I would recommend it happily!

On the next trip to Thailand, we hope to go to Chiang Mai...