A view on the diplomatic/foreign service


Disclaimer – if as a diplomat, you do not have the ability to stomach criticism, please do not read further as you may identify yourself in a behavioural category in this post. If you are comfortable with being criticised please enjoy reading. This post is meant to evoke critical thinking.


It has been talked about so many times of how diplomats who represent the finest of a country go abroad to serve their governments. The sad part is that some of these individuals happen to show the worst of their countries. I say so because people who have never had any contact with the countries the diplomats represent, could easily take it to be the way majority of the people from that country would behave. 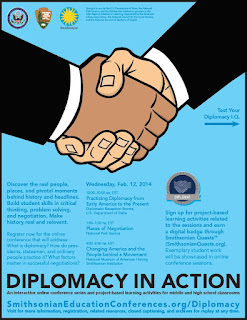 I did a course on Diplomatic Law - Privileges and Immunities, I enjoyed it immensely. One of the many reasons was that all my classmates and our tutor spoke candidly. We dissected diplomats (permit me to put it that way), including the ones I was studying with. We all agreed at the end of the course that the ones who see the worst of diplomats are the national staff with whom they work. Ironically, these are the people they are meant to treat as well as possible, as the national staff do a great deal of the work that keeps diplomatic missions running in the host countries but some 'stuck up' diplomats fail to notice.

I went on a trip with diplomats sometime ago. The entire group had a total of four cars. One car developed problems along the way and would lose power on its own.  The convoy would always park to enable the driver (Diplomat A) of the problematic car turn off the engine and restart. That way, the power would come back. Although it was no fault of his, it slowed the journey down for the entire group. A sign showed on the dashboard but the driver had no clue what it was. He had to look through the car manual, but that didn't help. Another diplomat (Diplomat B) suggested that he ask a mechanic to check, at least have an opinion from the mechanic if he knew what the problem was, something temporary could have been done to get the group to their destination. He refused. This happened every few minutes that the one who suggested started to worry about Diplomat A’s safety. While overtaking another car, if his car lost power, that wouldn't be funny. He spoke again via radio on sighting mechanics to get an opinion trying to persuade Diplomat A to check, but he said he would press on. The car broke down again within the next few minutes and Diplomat B asked once more, sounding keen to help but Diplomat A said resolutely ‘I do not want any local mechanic fumbling on my engine. I will only fix it at the Embassy’. Diplomat B was quite surprised as the mechanic back at the Embassy is also a local mechanic. Diplomat B mentioned quite rightly that in a country where things break down a lot, the local mechanics may not have the vocabulary of a diplomat or have been formally trained. But, they learn to fix things and it is unfair to judge an entire people that way.  Standing by, I wondered whether this country’s Ministry of Foreign Affairs sent mechanics also to work for the diplomats! We could understand his concern but nobody was asking for a mechanic to start work on his car without his consent, we wanted to get an opinion as nobody could interpret the sign on the dashboard.

On that same trip, another diplomat’s wife with young children had to change nappies. The couple kept insisting that the convoy stopped outside towns, she changed the babies on the car seat by the side of the road. Once we were in a restaurant in a town, but the madam said she needed to change nappies but would wait until she was out of town. I asked why at that point…the reply from a third party was unbelievable. They certainly had discussed. He said "because she wants privacy and does not want people to gather and stare while she is changing the baby. She does not want to be a monkey in a cage". Too stunned to say anything, I walked away.

Think about it, these ones had their logic the other way round. In a city, nobody would have the time to stand around staring at a baby being changed. Women in the entire country have babies who wear nappies too. That is nothing out of the ordinary to make people gather round. Privacy I would agree with as the side of the road could provide that. Well, depending on where! But monkey in a cage? I could not believe it. I bit my tongue not to reply.

A certain diplomat always had nothing good to say about anybody in her host country. She complained every single day about the people (whom she hardly mingled with) and the country.  One day she walked into the office agitated (as always...too much nicotine+caffeine) and shouting about her maid and how she slapped her in anger. My jaw dropped! Would she attempt to do that in her 'civilised/western' country (as she liked to put it)? She would instantly be sued for assault. And that is the best, the crème de la crème, representing her country. Suddenly, tragedy befell her family and she had to rush home to her country. While she was away, she wrote to me saying you may not believe it but I miss Nigeria and cannot wait to come back. Well, I believed it because she lives a life of luxury in Nigeria, most of the things she has and does, she may not be able to do or afford in her country. Nigeria may have many problems, but the people I find are hospitable. Nigeria grows on people who give it a chance.

This last diplomat went overboard with everything. He came to Nigeria with the colonial master mentality, I have no idea why anyone would think that way in this day and age. He yelled at people he worked with, cursed in official environments, had absolutely no regard for Nigerians or local laws. He was quite young, and maybe foolish. Maybe he had a complex or issues he buried by acting the way he did.Who knows?
He upset a lot of people from his work space, to social circles. The town was quite small so stories went around. I heard of an altercation he had at a night club which earned him a smashed windscreen. He chose the wrong person and the guy he went at, wanted to give him a good beating but for his friends. So he went straight to the diplomat’s car and smashed the windscreen then asked him to call the police. He knew that the diplomat would not do that as his Embassy would get involved and it would be all too complicated for him. The non diplomat was ready to follow the case up if the police got involved as the diplomat was wrong from what I heard.
This diplomat continued to go downhill, until he stepped on all his colleagues’ toes. He didn’t stop there, he went on to step on another Ambassador’s toes. At this point, his boss was ready to throw him out of the country. And throw him out they did, he lost his job!
What is my point you may ask?

Diplomats live the finest lives in countries where they are posted. Their countries ensure that they are safe, they get them the best houses in the city centre, they have maximum security, they throw lavish parties all the time. In summary, they live in what I like to call the 'diplomatic bubble'. But this is fair, considering the work they do and that they are away from home right?
Some of these diplomats (in the consular department) may not need to have steady contact with the nationals of their host country. Some need to, but maybe don't. I always wonder how a diplomat could work on subjects like politics/conflict/economy/culture/development/aid in a country and not have the local perspective or proper contact with the people of the country where he/she works? Some ideas could be imposed from what the diplomats think should be. It is impossible to go to a country and dictate to the people how their country should be run or how they should live. Colonialism ended long ago…although that can be disputed!
“You cannot make real impact by trying to impose your ideas on a set of people” – a diplomat I respect very much said this and I agree. The need to understand how the host country operates and the values of the people helps to make informed decisions and report better to home countries.

Diplomats are equally human beings who have flaws and are not above mistakes, but the cause they sign up for is “a higher cause”. They are called to be representatives of their country and are meant to comport themselves in the best manner always. As a diplomat, you cannot engage in certain acts. Nobody says they should not live their lives but they have to be more cautious than others. Thanks to diplomatic immunity, diplomats can travel to any country.
The job of a diplomat does not come without its own disadvantages. The pay and travel opportunities may be great but moving every few months/years is a big deal. Some families or relationships suffer because of this. A spouse may need to quit a job, children may have to change schools every few years.
I respect the role of diplomats and diplomacy in the world. There are certainly good diplomats but...

Let's hear your thoughts on this subject, thanks for reading.