If you missed the first part, please read it here.

Finally he returned. To everyone’s joy, he seemed fine. Chichi heard he was back but was not bold enough to face him, yet.

Time passed, life continued, then she met someone. He came like a whirlwind, she had those butterflies every time he came around. They went from being friends to lovers so easily. He thrilled her in so many ways. One evening they had an argument, she had never seen him so angry. They attended a party and were on their way home. They gave two of her friends who lived close to her a ride, and were all chatting away. When they all fell silent, he brought the subject of their quarrel up again. She did not appreciate that they had to talk about this with her friends in the car even though they tried to speak in hushed tones. As they talked, they soon started to yell at each other. He parked the car and looked her way, she saw the coldest look ever and with one sentence, she knew it was not meant to be. "Get the fuck out of my car" he said to her.

She could be stubborn, she knew, and this was one of the days to be that way. "I am not going anywhere. If I must get out, you must make sure there is a taxi to take me home. You picked me up from mine, remember?". Her friends must have been stunned, but did not say anything. One of them made a certain hmmm sound repeatedly to show her disgust at all the drama. She made the sound in that Nigerian way that passed a clear message. Chichi sat unfazed that it drained the energy he had. He drove and she prayed, because she knew that this speed could kill them but she would not say a word. When he got to the front of her house, they all got out without even looking at him.

She liked Bagua (popularly called Bee), but he had a dark side which she wasn’t sure she could handle. She struggled not to take his calls, they flooded her phone. She succumbed when she saw him standing at her door with that smile that won her over. He had flowers and her guilty pleasure; chocolates. She let him in and a kiss made her forget the reason why they were fighting in the first place. Bee certainly knew how to make an entry. He always walked in and took over a place, he was good looking, and she enjoyed the attention he brought to her because he showed his girlfriend off with every opportunity he got.

Soon he started to get very possessive but she didn’t think much of it. Her world revolved around him. She soon started to lose friends because she spent virtually all her time with him. Her friends could no longer rely on her. She just was never there. It hit her finally one day when a few friends were planning a party. She was right there but no one was asking her to join in. She interjected asking what was going on. She was stunned by the answer she got…"you won’t come anyway, you are never available". They slipped back into talking about their plans. She was so hurt but she announced that she would be there.

On the day of the party, Bee didn’t want her to go. She had done his bidding all the time that the one thing she wanted to do without him seemed to upset him. She on the other hand could not understand why he was being such a spoilt baby and she teased him about it. She got ready anyway and went to the party. She was having so much fun, maybe too much. She had told Bee that she would sleep over at his house that day. In her heart, she thought that would appease him.

Bee turned up at the party unannounced, he looked sleepy, but being the good looking guy he was, not many might have noticed. She was on the dance floor, she and a few friends were bringing the roof down. He stood there watching. This was one of the many things he liked about her. She liked to, and knew how to have fun. He broke through the crowd to dance with his girlfriend. He trusted her, he knew she wouldn’t do anything stupid, but he didn’t like the way a certain guy seemed to be checking her out. Soon enough he asked her if they could leave but the fun had just begun for her. This night, she was bent on not giving in. He would either wait with her or have to leave. Being Bee that she knew, he stormed off.

A few weeks later, he was still talking about things and how she no longer seemed to work with him. It upset her because she had a life before he came along, she had friends before him, and she said as much to him. They both started to wonder whether they were right for each other as each one wanted to change the other. He even hinted that if he had his way, she would not need to work. She wondered what kind of person he would make her if she could not follow her dream. She would hate to resent him, because that she would do always if he forced her to just sit at home.

They called it off one evening while having dinner. It wasn’t very pleasant as they didn’t seem to agree on things. After dinner, he walked her to her car and she thanked him for the time they spent together. He asked her for his house keys. She looked up and told Bee that she would like to go by and pick the few things she had at his house. It seemed like he wasn’t listening, he repeated his statement, "I would like to have my keys". She said same to him too "I would like to go by your house tomorrow and get my things" but he insisted. "Fine" she said! "Let’s go to your house so I can get them now". She fumed as she drove ahead of him. It was almost 10pm, she had had his house keys the whole time, did he suddenly think she was about to act irrational and burn up his house?

She went into the bedroom, the picture of both of them was no longer there. A pang of disappointment filled her, he had broken up with her in his mind before they even talked. When she got downstairs, while she picked her books from the drawer, he stood there, not saying a word. The silence was unnerving. "Have I become your enemy that you won’t even speak to me?". He didn’t reply. She looked up into his eyes and saw that coldness that sent shivers down her spine. As she walked out of his house, everything she felt for him died right there. Who knows, maybe she was being saved from something major. That was the way she chose to look at it. Then...the hurt of losing someone, ending a relationship, became her friend, again. It was a feeling she would never get used to. 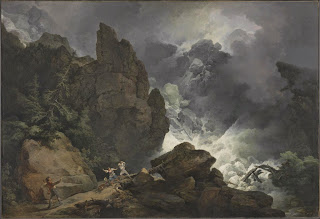 A few times while she was with Bee, she seemed to miss Azubike but never wanted to give that feeling the chance to grow. It came back now, the feeling covered her like a blanket. She cried, a lot, like she had not done is such a long time. Azubike was not one of those whirlwind ones, he slowly grew on her, he was this calm, strong, decisive yet understanding fellow. That was the kind of man she needed, one who would be firm and stable, yet willing to make compromises. She didn’t like her fathers unyielding nature and Bee only reminded her strongly about that.


She finally mustered the courage to ask Rabi how Azubike was doing. She was pleased to hear that he was doing well. Rabi was sure to add that he tried seeing other people but things didn’t work. Rabi thought that they both still held onto each other in some way. She was right, because now more than ever, Chichi wanted to see him. Almost two years had passed and she still had not run into him anywhere. Fate had it that they never seemed to be at work at the same time.

On the other hand, Azubike longed to be with Chichi, it was like their minds were in sync. He took the bold step, he made the call. Rabi had dutifully informed him that Chichi asked after him. When they met up, time just stood still. They apologised to each other for how they handled things, they hugged, they laughed, they kissed, she cried, they both has so much to say, they spent hours talking, non stop.

You don't want to miss the final part! Be sure to come back next week :-)
Thank you for your patience.