Where will I start from she said looking at her wedding dress and choking from tears, her vision blurred from crying…

Chichi had seen Azubike while she was studying, although they never spoke. She spent a good number of years in school thanks to her course of study.
After her studies, she stayed on in Jos for her housemanship (internship) and residency eventually. Jos was a place she could call home. The climate was perfect, it was a lot cooler than other parts of Nigeria. It was a place that brought nature close to her; the town had such lush vegetation and beautiful rocks. Jos was once her dream city; here she was living there fifteen years later.

They finally met during her housemanship (internship). He was a junior resident doctor at the time in family medicine. She started her rotations (they were moved from one department in medicine to the other), so she was in pediatrics. He was also doing a rotation in the same department. Apparently, family physicians usually have rotations in major specialties in medicine. She remembered that she saw him at some point while studying, she was on a rotation in Obstetrics and Gynecology at the time.

The day always started with departmental meetings where the interns would give presentations on patients admitted the previous day. On days when Chichi was not on the hot seat, she would read a novel while presentations were ongoing. From time to time, she looked up to see what was going on and would catch Azubike stealing glances at her. She knew she had this admirer but feigned ignorance. They had a mutual friend, Rabi, also a doctor, who noticed what was going on and she would always tease Chichi about her admirer. Unknown to Chichi was that Azubike had spoken to Rabi, but Rabi stayed loyal to both friends by not giving anything away.

He said hi, then would give compliments on her looks when they met in wards or emergency rooms. He also seemed to like her smile because he talked about that too. The funny part for Chichi was that when he spoke to her, he used terms such as ‘dear’, ‘sweetheart’. Ugh! She was having none of that! He wore a chain! That was so not in her books! She had a notion that guys like that were ‘playas’. Then he was good looking, he dressed well and was friendly so how was she not to believe he wasn’t a ‘playa’?! Everything in her screamed NO.

He called her one evening. Her first question was on how he got her number. Eventually, she found out that he got it from a senior colleague after much warning as he did not want to see a good girl get hurt.


Chichi had men coming after her but she had never really committed to any. She was spiritual in some way, she prayed a lot, she asked God to keep a good man for her as she knew that she was late on the dating scene. Chichi took ‘her medicine’ a bit too seriously as her friends liked to say to her. In any case, she didn’t want to date a doctor, and hoped she would meet someone who had similar beliefs.

They had spoken a few times, then he finally asked to take her out to dinner. They talked, unending. They got on really well. He started to go by hers’ to check on her. She stayed in the staff quarters provided by the hospital for interns. It was close to the end of the year and the time table was released, Chichi was somewhat disappointed that she would be on call/duty on Christmas day. So she was going to spend her first Christmas alone, in Jos. Her family always spent the Christmas holidays together. Azubike, would be around also... somehow, that warmed her heart. He came bearing gifts for Christmas, the guy seemed to know how to score points, good ones. The New Year rang in, and on the third day of the year, he made his feelings known to Chichi and asked her officially to be his girlfriend.

Chichi wondered whether she had lost her mind. He had major things scoring points against him, he wore a chain, he was a doctor and their religious beliefs differed in a few ways. She decided to take the bull by the horn, she needed to know if there could be compromises. First she addressed his religious beliefs. He answered her honestly and was happy to go with her as the lead. He had a few friends who went to the same church as Chichi, they had taken him there a few times, he enjoyed the services, so he was happy to go with the one his heart yearned for. Chichi’s father, thinking of him alone, she knew she had a battle coming her way! He had a firm stand on certain things and would never budge for anyone, one of those was religion. Chichi had always been daddys' girl but he was unyielding in certain areas.

She brought up the topic with him after a year and a half of them being together. They went through her fathers check list, but Azubike didn’t quite match. After that, things seemed to just go wrong. They argued a lot. Chichi hadn’t really been with men and didn’t know much. She asked a few people if this was how it was meant to be. She imagined it being more fairy tale, like the movies. After another six months of ups and downs, she had had enough and she asked that they end things. 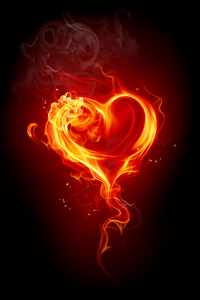 She took a break, she needed to catch her breath because it hurt. It hurt much more than she imagined, even though she was the one who called it off. On the other hand, Azubike was also hurting. He had put his all into this, he had no back-up plan. He thought she was the one he would spend the rest of his life with. He could not concentrate, he couldn’t work, he just couldn’t do anything! Azubike left, he just left. Nobody could find him. It sent his friends into a panic. He was incommunicado. Chichi felt guilty, more so because he would not take her calls at first. Then his phone number was no longer reachable...