I had the choice of attending Iyanya’s album launch or iBlog on Saturday, 24th February, 2013. However, I had committed myself to iBlog long before so I decided to stick with it. I ran into Iyanya the day before who turned out to be so cool but yeah, there’ll be many other shows :-)
I attended the first iBlog meeting where I met an extraordinary man who had convictions and would stand by them, a man who is using social media to bring awareness and wake Nigerians up to see the bigger picture. I admire his zeal and the passion with which he drives his message. He has been told enough to discourage him but Japheth Omojuwa is unrelenting to put it mildly. 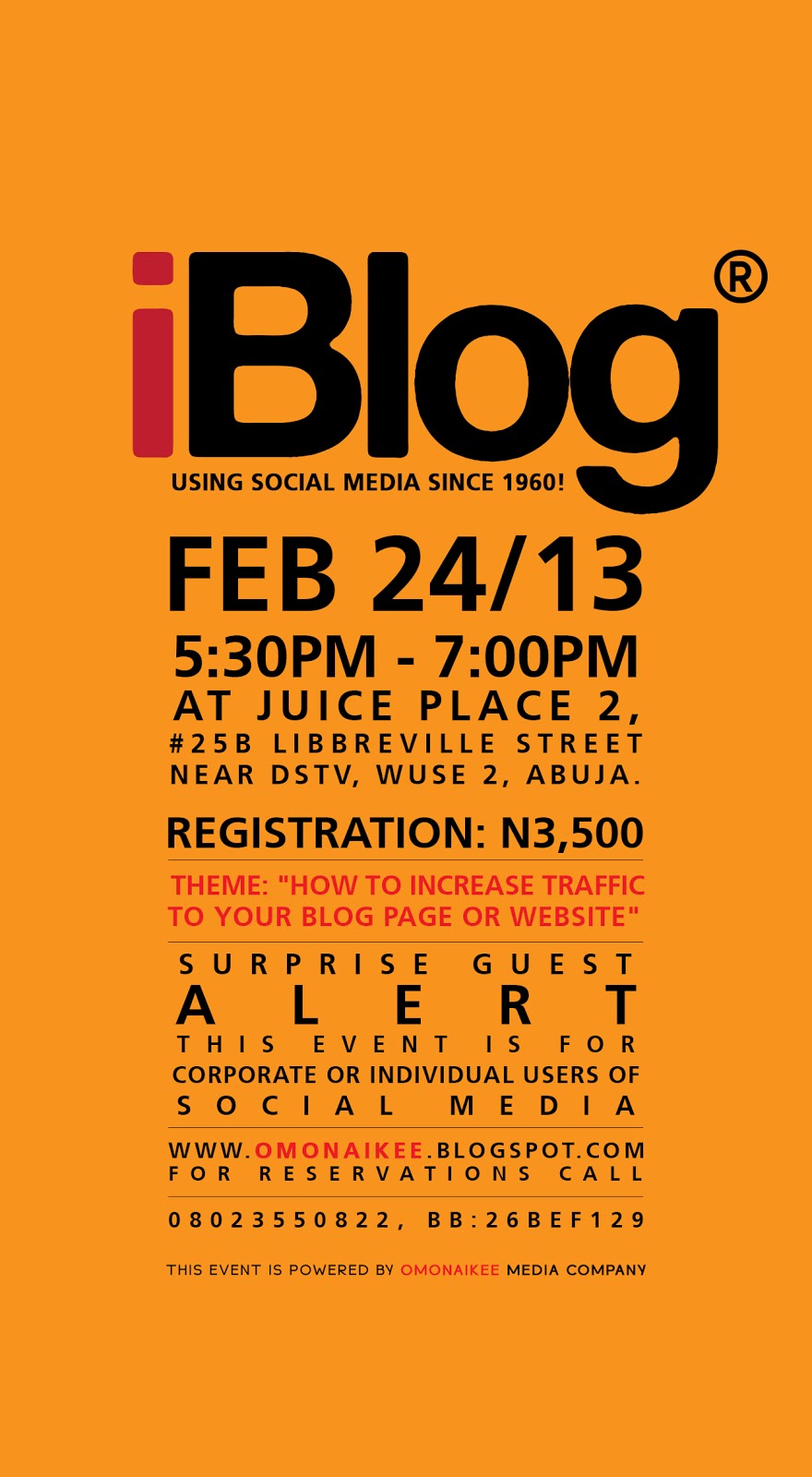 At this 2nd iBlog meeting, we were made to do some serious soul searching. The convener, Omonaikee stated that any celebrity could have been at the meeting but she chose this person. Her question – “would you prefer glam or real?” Real it was indeed!
You can check her out here: http://omonaikee.blogspot.com/
We met someone exceptional who invoked all the possible emotions anyone could have. He looked troubled; he was pensive most of the time. From the moment he began to speak, his passion could be felt with every word he said, his passion almost consuming him, like he had the worries of the entire nation on him. I got a rude shocker when he said boldly “I will either be killed or my show will be stopped from airing. I have been detained, beaten and threatened but I believe I am fighting for a good cause. Every show I do, I do it as if it is my last”.
He has been a constant thorn in the flesh to the Nigerian government. He started with a show in called ‘Oga Driver’ and eventually moved to . His aim is service to humanity, reaching out to the common man, educating everyone about their rights as citizens of . The humble man I met has generally been called the voice of the voiceless. Inspired by the hardship he faced while growing up, in his words ‘poverty no good oh’, and various personal experiences, he strives to make life better for anyone he can be of help to.
He was detained two weeks ago, everything has been done to deter him but nay, he moves on. When a taxi driver, a cleaner, a gate man and every possible person tunes in to listen to a show, that certainly indicates its success, it has inspired hope in people. If a person is prevented from speaking freely, is that not a breach of his fundamental human rights? And supposedly operates a democratic system. Well, Ahmed Isah the President of Brekete family by being himself and daring to be different has helped so many.
Examples
These are only two of the many stories Ahmed and the Brekete family have to listen to daily. People suffer much more than we are aware of. When the government is directly involved and they have to be called to account, it doesn’t always sit very well with them and someone always has to pay for it. Ahmed has no sponsorship for this NGO, he aptly described it as a Non Governmental Individual. Bad people have continued to succeed as good people will not speak out. Where the government is responsible, they are not held accountable. As individuals, humanity and the generations unborn will require us to explain what we did with our time on earth.
The one thing that kept ringing in my head as I left the meeting was the fact that our lives are but fleeting and the essence of our being is to make a difference. Ahmed reminded us all that if you live a life where only you benefit from it, it is nothing but a worthless life.
Nigerians do not know their rights and it is time we came together as one strong voice. is backward, it is up to us the youth to take our and move it forward. What better time than now when we are the strongest we can ever be? At the end of the day, that is the same message Ahmed and Omojuwa preach. We all are different and we all have a role somewhere, we don’t have to try to be like others but make ourselves relevant where best we fit in.
Want to listen to Brekete family? Tune in every week day from 7:30 am – 8:30am to Crowder Love FM, 104.5 .
Posted by Ene Abah at 18:50:00