Ok, I think I have been silent long enough. . .

marked the 52nd year of being independent from the British rule on October 1st but obviously as the number of years increase, the state of the nation keeps deteriorating. It’s shameful, it’s sad! the once fertile land is fast being destroyed. We once were referred to as the giant of but today, we are the sleeping giant.
The independence celebration has always been a celebration for all but this year, the president took it to the Aso villa where access is definitely restricted, that's a first and hoping it will be the last. The opposing political party to the president’s political party put it that “the president took the celebration to his bedroom”. The same party has described the president as “a president on internship”.

There has been so much to deal with in recent times: the floods that have claimed lives and property have not been properly handled. The victims feel neglected, the responses are slow, no proper shelter or food is being provided. There was a major attack, a massacre in the Federal Polytechnic, Mubi, Adamawa state; at least 25 students were killed. Nothing concrete has been done. The security state begs to be addressed.

The weekend of 05/10/2012 started with bad news of jungle justice being carried out on four boys from the . A lot has been written and said about the details. I do not know the actual story but the video I watched was enough to make me lose sleep. There is no justification for the way they were killed.
Arrests have been made for this and the Mubi attack but the after is what we hold our breath for, justice has to be served. No outright condemnation of these dastardly acts has been done.

Nobody that was present at the scene of this senseless killing is innocent including those who had the heart to stand by and watch those boys beaten then burnt, I cringe at the thought alone. Those who cheered on, those who filmed and uploaded are all equally guilty. Could nobody ask for it all to be stopped? We do not give life so who gives anyone the right to take life?

If the boys in question were guilty, I believe there are ways to punish people that they won’t forget but jungle justice is in no way right. It is expected that people will stray from the right path and the law has made provisions for different forms of punishment. The people who steal the collective wealth of the nation walk around freely, they oppress us in our land and are applauded for their greed.
Those boys as well as the students from Mubi were killed in a gruesome and barbaric manner and their blood will always speak out against the killers for such wickedness. The parents are grieving, the is enraged and the students have gone on rampage and have threatened to bring down Umuokiri-Aluu community. Revenge will only make the situation worse, it won't solve the problem. As much as I understand that many have lost confidence in the Nigerian judicial system, letting the law take its course is the best way to end the crisis.
I have no words to express how aggrieved I am at such savagery and I know other people share my feelings, is that what we have come to? In this day and age, such a weeping shame!

Our dear president had been quiet, we wondered if we had one at all but finally on the morning of 09/10/2012, he gave a speech, an empty one I dare say. The speech addressed none of the issues that are eating us all up. It is no news that the state of the nation is deplorable but the least one would expect from a leader is to have the ability to comfort his own people and be responsive even if he doesn’t mean it. It may have been better if he remained silent. 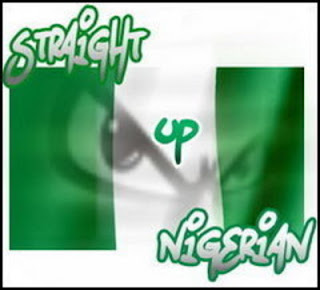 “I pledge to my country, to be faithful, loyal and honest,to serve with all my strength, to defend her unity, and uphold her honour and glory, so help me God.” The national pledge is a reflection of
Posted by Ene Abah at 06:05:00