It’s A Match…the familiar pop up from the dating app showed on his screen.

He didn’t care so much anymore. He had had several matches, some seemed cool while others were clearly there to grind and move on. It kept him entertained, which he was enjoying.  A few messages came in, this one seemed to know how to hold a conversation. They both were spontaneous and met same day. She was even more beautiful and charming in person. Her photos did not do her justice.

He’d been chatting with another person, they got on really well, but with the strange times in the world, they were yet to meet each other. Video calls, voice calls and chats were all useful thanks to covid, but it was wild that the whole time, 3 birthdays had passed, and she never remembered his birthday. So, for the third year, he erased hers from his memory. With this in mind, he had decided that were he to match with anyone, he would meet in person as soon as possible, then decide if they wanted to remain in touch or move on. 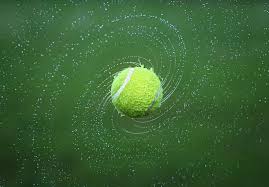 Meeting this woman left him confused and happy at the same time. Was she for real, he asked his best friend. The best friend was just too excited and reminded him how he had not had anything this exciting in his life in a while. He had wallowed in self pity long enough since his divorce, he barely had interest in women anymore. No wonder his best friend was this excited. No questions, just go with the flow his best friend said.

He was at her door the next day and they spent the entire day together. They talked and talked and laughed a lot. Conversation with one another was easy, very easy. Then she had to leave town for work, again video calls came in handy. They were on the phone each day, like they couldn’t have enough of each other. They met up again before it was his turn to leave town for work, it had been two weeks. He suddenly realised that he did not have any address for her and asked for her house address. All the while plotting with his best friend to check the address out while he was out of town.

Then a day passed with no word from her. Strange, but he let it be, it was just a day. Day two was advancing and he tried calling, once, then twice, then three times and panic set in. She was not responding to the phone. He sent messages and waited. The next morning a message came from her to let him know she was unwell. No details. Was she admitted? Where? How bad could it be? He had to keep his composure. His best friend joined in worrying while they waited.

He read and reread messages from her, played back conversations to see if anything was amiss. He wanted something long term, so did she, she claimed. This time, he let his guard down and went with it. What was the point playing around at his age? They professed their affection for one another, and on his prompting, she deleted the app they met on, as he was clear that they both had no need for it any longer. He deleted it too. He wanted to spend as much time with her as possible, she made him feel wanted. It was all so new, but everything was going fast.

The other person he’d been in touch with for years struck up a conversation, these were periodic now. But whatever he thought that might lead to had been derailed and quite frankly, he didn’t want to revive it. He’d respond to her conversations normally but she made no effort to keep things going, he also no longer had the energy or time to invest in that anymore. Coupled with this now, he was already giving himself every reason to crawl back into his shell.

Another two days passed and he called, at this point, he was starting to believe that he got played. When he said this to his best friend, he was told not to be so quick to conclude. He asked himself on some days if it was ever real. But there were photos of them together, screen shots during some of their video chats. After another two weeks of silence, he realized that indeed, he got played. It was so funny, he had lost nothing but was intrigued at how easily gullible he was, at how this sweet talking, good looking woman lied her way into his heart so easily. Oh well, nothing lost, life goes on, but is that how things are done these days he kept wondering...