I've found people here to be quite special, they don't seem as welcoming as one might expect when painted with the same brush of African hospitality. I wonder whether it is linked to the many difficulties they have faced.

It has been difficult to make friends with the locals as one never really knows what they are thinking. In West African countries, a certain warmth and openness welcomes you. The people have a joie de vivre that sustains you through bad days. That I'm afraid, is not the case here, people are quite serious and could flip at any moment. 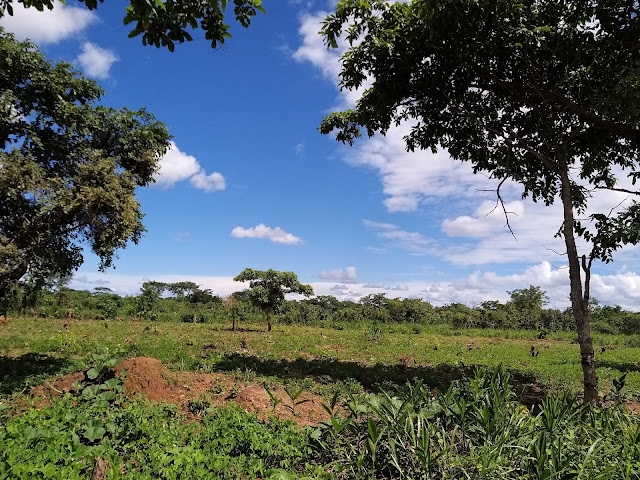 A simple gesture of knowing how you are is not so common. When you greet a person and ask how they are, they say fine and keep it moving. It is in a place like this where you'll have a rethink of times you called people nosy for asking about your welfare. It just strikes you on some days that the question is hardly returned.

Every time I have travelled, people stare at me struggling with my suitcases, not offering to help. The driver would stand by the car and wait for me to get to the car then load my things up so he can move. The last time I got back to the country, I couldn't find the driver at the airport. He was far from the usual parking spot. When he finally spotted me, he stood rooted to the spot waving at me to make my way to him. I had two big suitcases so there could be no hurry. As I wheeled them to meet him, all he did was complain that he had been waiting for me for over an hour (the flight was  delayed). I ignored that and said good morning. He stood aside for me to organise my things in the boot then get into the car. I did and we were on our way.

The following day, I was to leave the capital for the town I live in, Bouar. It was raining when a driver arrived...This time I was hoping he would offer to help so we could put my things in the car quickly but he sat in the car. As I loaded my things, he seemed more concerned about the fact that I hadn't said good morning and shouted over. I responded and kept putting my things in. Chivalry seems far from people here and this doesn't only apply to offering help with suitcases.

When people don't know you in the work place, they stare you in the face waiting for you to greet them or else the stare follows you as you go past. It doesn't bother me anymore and sometimes I walk right past as sometimes I am in a hurry or it is tiring to always initiate.

A few of us were hanging out, by this time I started to feel like these guys were no longer just colleagues but ones I could call friends. That happens a lot on the field as we are removed from everything, isolated and have to live together.
During this trip, each evening, someone would raise a subject then it could go from a debate to people getting teased, or everyone just having a good laugh about things. This evening, one of the foreigners (there were two of us) said there were some villages in the country where people did not speak the national language. One of the locals stated that if there were villages like that, then the people were foreigners. The person explained that work had taken him to more than one village where this was the case. The local's voice started to go up and he got offended. His position was that we were in no position to tell him about his country. As the foreigner tried to pacify him, things only got worse with the local shouting  and reminding us that they were equally victims of the different unfortunate events that continue to take place. He said this was a question of identity and his thoughts on this were not to be challenged. I was too dumbfounded to speak as I did not see how that sentence was offensive.

In another town, another foreigner mentioned how he noticed that people have very short fuses and can easily switch. He also said that the part that scares him is how they seem willing to get violent without giving it a thought. I have also noticed this so I refrain from voicing out my opinions on issues in the country outside work. At work, it is a professional opinion and can be debated with no bias, otherwise, that may not be the case.
I am unsure of a lot of things so sadly, I have to stay in my corner and for the most part, remain in the expatriate bubble which I prefer to get out of.

Cultural sensitivity is at its peak and although I am getting used to life here, I have no choice than to understand the norms so I can act accordingly.
Posted by Ene Abah at 12:25:00