I just got a reminder that I had to write about this subject!

Sometimes, the world seems to move on from certain issues or shall I say, some of them just come to be.

I was in Lagos, Portugal recently, it is beautiful! It is peaceful, the views are breathtaking. I stayed in Meia Praia area and it is not yet 'polluted' by chaos and noise, it is an amazing holiday destination. Will write about that in a separate post!

My sister was my travel companion and we noticed quite quickly that there were not many people with brown skin. We were stared at a lot, that's nothing new, we would smile at some point when the staring was unending 😊

One fine afternoon we were around the marina looking for an ATM. The restaurant we wanted to have lunch at did not take payment by card, so we had to get cash. Around the marina there are many restaurants so there were always people sitting out. We walked past an area focused on our search and did not notice who or what might have been around. On our way back, we spotted two ladies like us. We all smiled at each other, might have been one of those finally moments. One blurted out when we got closer, 'I love your hair'.

On our way to the hotel, which was a 20 minute walk from the marina, we were walking past a group of boys. There were about 8 or more of them, not more that 10 year old. We were on the other side of the road, they were in a place that looked like a playground or garden, protected by barbed wires. They were staring, then the next thing we heard was 'negro'. My sister did not hear at first but I stopped and they said it again. She heard this time! They seemed to find it funny.

When this happens normally, my response is usually silence, and I keep it moving. But in this case, I thought it was unacceptable that children would be promoting racism. I considered walking across the road to where they were but knowing children, they might have run off. So I stood where I was and asked if they were okay. And I told them that calling anyone negro was a stupid thing to do. As I do not speak Portuguese, I had to gesticulate as I spoke and tried to use words I knew they would understand if they understood any English at all. Unfortunately stupid was a word I knew they were likely to understand. I told them it was bad and that that should not be repeated again.

If they thought it was funny, seeing me upset and speaking said to them that they had done wrong. The same one whose voice was the loudest shouted thank you. I instantly said there was no need to say thank you but calling anyone negro was wrong. One, who might have been with the wrong crowd was pointing to another one. I think he might have been trying to let me know who started it but that was not useful. I wasn't going to 1) approach or 2) go around to where they were. 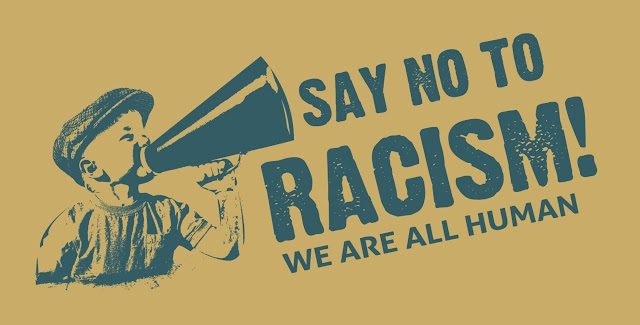 After I finished speaking, we started walking off. Sorry followed, they chorused but we didn't even turn around. In my heart, I hoped they understood how that action could trigger so much grief in someone else. It also made me wonder what they were being taught. This might be one of those situations where it was just a silly joke, but it might also come from what they may have heard from older people around them.
We need to do better in the world. Children do not know racism until they are taught and that's what made me speak to those ones. They are the next generation, they are the future, and if they grow up thinking it is acceptable to taunt people, I cannot imagine what the world will be like in the near future.

I saw a post on facebook a few days after this incident, this is someone I know from childhood...She is the owner of Code Wiz, a place for children who are interested in programming and all those techie things. Please feel free to check it out. This is what a part of her post said (shared with her permission):
"So today, someone with the very very best of intentions suggested that if I want Code Wiz to really grow and take off, I need to have a white person be the face of Code Wiz and I need to be in the background because well, you know, I'm a black woman.
I cried hard. Not because I was upset with him but because the reality is that as a person of color, even worse, a woman of color in tech, its an uphill battle in the corporate world and in the business world. Its sad to think that my mind and my ideas are good enough but my skin color is not and I always have to fight to prove myself."

I understood too well how she might have been feeling. I have my own struggles as a black working class woman. These lines from another post summed it all up succinctly for me! "I am no longer preoccupied with being likeable just so people won't say I'm an angry, aggressive Black woman. Appeasing racists is exhausting! This impossible task should be no Black person's responsibility, no matter how frequently society insists it is. Although I still refuse to "know my place," I've found sacred spaces where I am both embraced and encouraged to make room for myself everywhere." 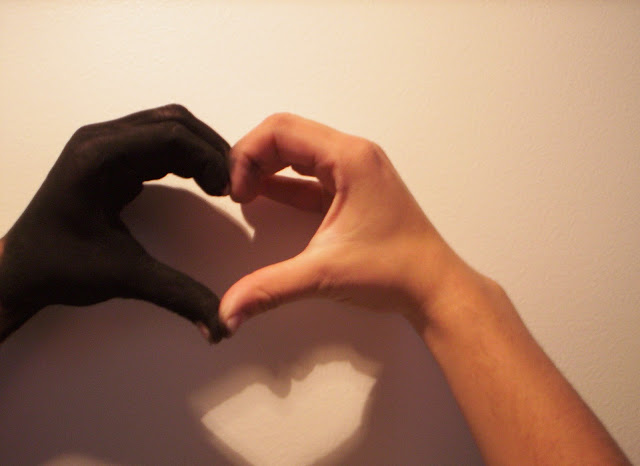 It is rather unfortunate that  by virtue of being born into a certain race, you have to constantly defend your very existence and capabilities. Having to work twice as hard in order to be recognised is not fun.
I could go on writing but I choose to stop with the words of Thomas Sowell "Racism does not have a good track record. It's been tried out for a long time and you'd think by now we'd put an end to it instead of putting it under new management".

We can teach love and not hate, we can do so much better. At the end of the day, we are all human, we feel the same things and we all bleed red! Hate, aggression, discrimination have got us nowhere so far.