Fancy being surprised? Or not?


I love surprises…It gives me joy when people go out of their way to make me happy in any way. Surprises do not always have to be presents, it can be a random act of kindness. The spontaneity of it excites me. However, not everyone is a fan of surprises I have discovered.
Someone I know was in a relationship, but not really. She was unsure whether she wanted to continue. The dude obviously knew what he wanted and popped the question. He genuinely loved her and wanted to spend the rest of his life with her but she was unsure. She was so undecided that she left the country to study, the whole time asking him to move on, but he waited.

They eventually got married… It was their first wedding anniversary. She woke up late so had to rush out of the house and didn’t even remember. When she got to work, a colleague who was close to her wished her a happy anniversary and teased saying the morning must have started out with flowers and kisses. Then the colleague asked what she did for her husband. The colleague was shocked as she protested saying ‘what has he said to me today? Why should I be the one to always act first?’ Her colleague, concerned, took her aside to know what caused that outburst and asked in detail how the day started.

She narrated that she left the house in a hurry so her colleague reminded her calmly how being married was different from dating and said one thing to her that made her think. Her colleague reminded her that love was not just about her. She stated that love does not hold back and if she were in love with him which she claimed she was, she didn’t have to wait but could be the one to say something, and she would be shocked at his response. Her colleague encouraged her to send a message wishing him a happy anniversary and to express how she felt about him. She grudgingly complied but was shocked to her bones with what it triggered. 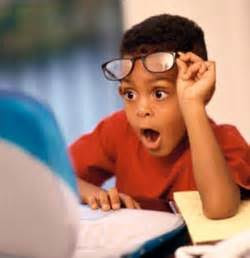 He responded with a long message professing his love for her and apologising as he equally forgot. It was almost like a vow renewal. She got all giddy inside, she felt butterflies that she thought had flown away. It made her day, she walked with a spring in her step the whole day.

After two weeks, she walked into the house to a surprise, he got her a phone. She mentioned sometime that she needed a phone and talked of the make. He went out of his way to get her one. When she opened the pack, her reaction was far from what he expected. In her words, ‘I would have preferred a camera with a higher resolution. I think I will return it and get another one’. Not a thank you, just that. He looked firmly at her and said no. His stance was that she should not change it. She knew then that she had messed up!

Was this woman not supposed to be happy about the phone instead of her reaction for instance? Now this leads to me asking what sort of reactions there should be to surprises even when one does not like them. What do you all think?