Not All The Way Home


On a hot ‘summer’ afternoon, she sat at a corner watching her colleagues eat, laugh and chat away, but she could not bring herself to join them, not after the kind of news she had just heard. Today the divide struck her so hard and it was most challenging for her because she belonged to both sides. She hated that she would have to choose. She was local but on the other hand, completely foreign. She did not appreciate the dynamics at work. The divide between locally employed staff and expatriates was wider than she imagined. As an outsider, she could see that it was there but she did not know to what extent it existed.

She moved back to this country where she grew up to get a sense of self, to connect with her roots, to try to understand some of the complexities that she could not wrap her head around. She figured that living in the country would help. So here she was!
It was largely difficult settling in, the people she found too direct. Getting little things done with the government seemed to always have something bureaucratic involved. Life as she knew it was completely different. She left this same country as a teenager to start university in her other country. Returning now after at least eight years, she was a complete foreigner, not local enough for the locals.


She started working for such a meagre sum but she did not mind because she loved what she was doing and had a sense of fulfillment from it. She had most of her needs met by her family so she managed pretty well. After nearly two years, she decided it was time to move up the ladder, and move she did. She moved to a new organisation to do something similar but on a larger scale. She enjoyed having all the responsibilities she had but there was one problem…
This step was in an organisation for her second country but she would not be paid as local but as an expatriate, oh the joys of dual nationalities! On the other hand, a local person who was employed at the same time as her and had the same qualifications as her and who was, well, more experienced than her, would be paid far less and would report to her!

It made her feel uncomfortable. She purposed not to make him feel like she was superior to him. That wasn’t her style of management anyway. Unfortunately, there was another colleague who had gone behind to get as many of the local colleagues as she could, to despise her before she even started working. That was a middle aged lady who was extremely disgusted that ‘a small girl who is equally of the same nationality’ in her words would become their manager. 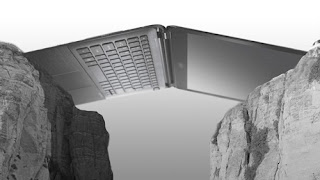 The news of a good number of local staff being laid off hit her hard. The reason = downsizing. She could not believe that was the official reason because she had access to the budget, there were allocations that she thought were unnecessary, these could easily be channeled to local staff salaries. The amount of money spent yearly on accommodation alone for expatriate staff was humongous while in reality, the local staff did most of the work. One of the people whose name was on the list of people to let go joined her at the table. In her usual cheery way, she started a chat. Kate could no longer sit through this, she mumbled something that even she could not hear and excused herself from the lunch area. They would be notified after lunch time.

Please come back for part 2 next week :-)

Have a great weekend.

Based on true events...