Kate was left alone to her thoughts and burst into tears in shame, pity and God knows what other emotion she was feeling… Life as we know it is so unfair she thought to herself. She could not explain why she was so emotional, but her heart was fully in this. She knew the family of one of the men who would be laid off and wondered how they would cope.
She was a single woman, living the life of her dreams, earning so much money that she almost did not know what to do with it. She liked her job but not as much as she did her last. Then, she made tangible impact but now, it was more theoretic.

She had a meeting she was not fully prepared for, so she pulled herself together as she needed to get her presentation finished. She had worked tirelessly to try to make her dear colleague see that she knew her job and was good at it but the Mrs. was adamant and had her mind made up. Some other colleagues had warmed up to her but would only refer to her as the pretty girl, her work was hardly spoken about. Mrs. was equally good at her job but was just being a WOMAN!
They both reported to the same person, she was also a woman but was extremely pleasant. It was sometimes uncomfortable to be in the same room as Mrs. and the boss but Kate was not in the job to compete with or harm anybody.

The boss was an older lady and was slowly losing her memory. If Kate were to judge honestly, she thought the time would be right for the boss to end her career. She must have made enough in her lifetime working and living in the places she had been to, to live a comfortable life after retiring.
This meeting was going to be a presentation of the mid-year report of activities to the overall head of the organisation. Kate was slightly nervous because she would normally stand in for her boss when she said things that were inaccurate at meetings, Kate would always find a way to cut in and save the day. She knew however that the overall head would like to hear her boss speak but Kate knew to be prepared in case she would end up having to do the usual.

Kate, Mrs. and their boss sat for the final meeting to agree on how the presentation would go. Mrs. had worked hard on things years before Kate started work with the organisation, or before the boss arrived in the country. So ideally, Mrs. was meant to handle the presentation as she knew every detail of their projects, then the other two would chip in from time to time. Kate was Mrs. boss according to hierarchy but there was no denying that she knew nothing about their projects in comparison to Mrs.

There was always some level of apprehension when anyone had to meet with the overall boss as he was erratic in more than a few ways. As they settled in the meeting room, their nervousness was fed  as he asked Mrs. to excuse them. The head of another department who was in attendance and the two all stared askance. “I don’t want any local staff in this meeting” he finally said. Kate tried to keep her cool, but an angry "why" left her lips before she could zip them, and she made a point that there was no logical explanation for that especially because this was the person who had handled projects for years. 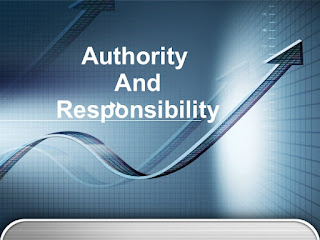 Just outside the meeting room, humiliation washed Mrs. over, she could hear every word of what was said as she did not shut the door. On the other hand, she was surprised that Kate would jump to her defence despite how badly she had treated her. Just then, Kate stormed out and met Mrs. standing by the door, she could only look her in the face before walking out for a smoke. Mrs. was emboldened and walked back into the meeting room, stated to the overall head that she was grateful to have worked for as long as she had in the organisation which made her know the position of the organisation on certain issues. She was quick to remind him about the organisation’s policy of no tolerance for discrimination and repeated his words as earlier said to him. She told him that she would do the presentation as planned because she was as involved as the other two in all the projects, but she would only start when Kate had taken as much time as needed to calm down. Flustered, embarrassed, ashamed and all red, he had no option than to comply, authority in this meeting had changed hands and he was now the subordinate.

Please come back for the next part next week...sorry!

Based on true events