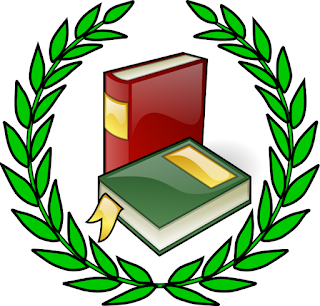 I was curious about certain things and I spoke to two people whose opinions I believe would mirror that of many others. One, a student and another, a professor.

The student is studying Graphic Design/Arts. Being a second year student, I asked how school was going and what challenges this student might be facing. The student narrated different things to me but there was one incident that I think is worth mentioning. A classmate, who had done a diploma in the same field in another country joined them late in the semester, and knowing most universities, hard work is something that is not out of place. Anyway, there was an assignment which some of them had spent sleepless nights doing. In honesty, my friend mentioned that the new student’s final product was not particularly great. In any case, this new student was given a D for her work and challenged the lecturer. She thought she deserved better and her ‘hard work’ was not rewarded. That was the beginning of her problems in the department. Many Nigerians who studied in our universities know this all too well. She was made to apologise and beg the lecturer every day for the entire year as he had made it clear that she would fail his course. The lecturer in question told his colleagues about this student and that is usually not good. When a lecturer involves his colleagues, there is a tendency that the student might be ganged up against.

I do not think the student did anything wrong by challenging the lecturer about her grade. I think students have the right to know what criteria is being used for grading. But she could have asked how things are done, then maybe done it differently. He might not have appreciated being challenged in front of all his students. Respect is another thing that he may have brought up, but that is a topic for another day.

On the other hand, I asked my friend about new technology, with a course like graphic design, that is certainly required in this time but I was told that there is not much room for practical application, the lecturers would rather dwell on theory and this student was unsure if they had much knowledge in that area. Any student who would like to succeed would have to learn on their own. I asked if there were young lecturers but I was told that the youngest one was in mid-forties. That was a disappointing revelation to me. As much as I do not expect all information to be fed to students (they certainly have to find out some things for themselves), I would have thought that new technology/media would be embraced in a field like this.

On the other hand, the professor I spoke to, mentioned similar issues and challenges, in addition, lack of open mindedness by colleagues and the desire to pull the ones who seem to be succeeding down.

Stories of students not being allowed to graduate because they had a misunderstanding with a lecturer is not uncommon in Nigerian universities but it is quite surprising that nothing has been done to end this ugly trend. I think that the education sector is too important for certain things to become the norm or such things to be over looked. I benefited from education in Nigeria when it was still decent but these days, I think it is at an all time low. Many university graduates are unable to defend the degrees they have. There are certainly exceptions and there might be universities working hard not to allow such trends become normal but I think that a shake up of the education sector might need to be done. Not just at university level but right from the foundation.

Private schools might have good standards but how many can afford to send their children to private schools from primary school to university. It would cost a fortune. The Federal and State level of education should be the standard to refer to me thinks. At least, it was when I was growing up.

I went around the university staff quarters and I cannot say very much attention is given to the staff welfare in terms of accommodation. The roads to some of the quarters were in such a horrible state. Some houses looked totally dilapidated, yet people live in those houses. I gathered that even when complaints are made, the snail speed at which responses are given, well if they are responded to at all, is something worth looking into. There is inadequate water supply. Electricity on the other hand is quite constant. However, we look at it, welfare is connected to productivity in so many ways. From what I hear, this university is a far cry from what everyone used to know. The once upon a time bubbly nature of the campus seems to have been washed out.

There was a twitter trend on education in Nigeria  (#EducationNGR) about two weeks ago that encouraged me to write this post. This might be coming long after the subject was trending but this is me adding my two kobo :-)