Uh oh!
On hearing that exclamation and a scream to follow, his mother instantly knew that there was trouble! As harmless as that exclamation sounded, her oldest son only used it when he had a serious situation in front of him.

They were a family of six, very closely knit. Mrs Idoko stopped at having three children initially, but years after , she wanted another so badly, a girl. She was tired of these three soldiers staring back at her with hard faces all the time. She wanted to be able to dress her girl in pink, use ribbons on her hair and eventually when the girl would grow up, she would have someone who would whine to her. Every girl would run back to her mother at some point she liked to believe. Well, she did. A lot!

The screams got her confused, he just stood there, helpless, watching his baby sister’s blood gush out of her and her writhing in pain. She was playing with a bottle. Somehow she smashed it, then landed on top of it. It had cut right through her stomach, deeply, and he could see her little organs held together by whatever supernatural power her mother liked to believe was at work.
She managed to pick her baby up, she could not pull the glass out, it would only complicate the whole situation. She shouted at Adanu to move his feet and get them to the hospital. How she managed to keep her cool through the drive, she did not know but she prayed silently, with everything in her for her dear Ebo to live. Ebo came into her life and changed her world. She redefined love to her mother. Mrs. Idoko liked to refer to Ebo’s conception and birth as a miracle.

She had mentioned to her husband that she wanted to try having another baby but her husband thought she had lost her mind. They had agreed on the number of children they wanted to have. They had been blessed with three boys: Adanu - 18, Enokela -15 and Ocheme - 11 years old respectively. Their lives seemed to be going as planned until she brought this topic up.  They started to have arguments, frequently, then, he would not even touch her anymore. That was his way of saying, I will not have any more children. She could not understand his reaction. They had a comfortable life and they could more than cater for one more child.

The selfish side of him was playing out, but she never expected him to go this far. They stopped really talking, their conversations were now superficial, talking only about the necessary things, the open communication that once existed between them had vanished. She tried, tried very hard to keep things going but she was getting tired. She went to bed lonely, she cried through many nights and wondered what she could do differently, but no answers came to her.

Then she decided to go back to doing all the things she loved but had stopped. She decided to live for herself and not for the children or the man whose name she bore. She had lost a part of herself which she intended to rediscover. She had considered leaving her Mr. but why would she go? How did her parents stay together for so long? They certainly had their ups and downs, but they fixed things. Well, this was her way…she would find a way to reconnect with the person he fell in love with. 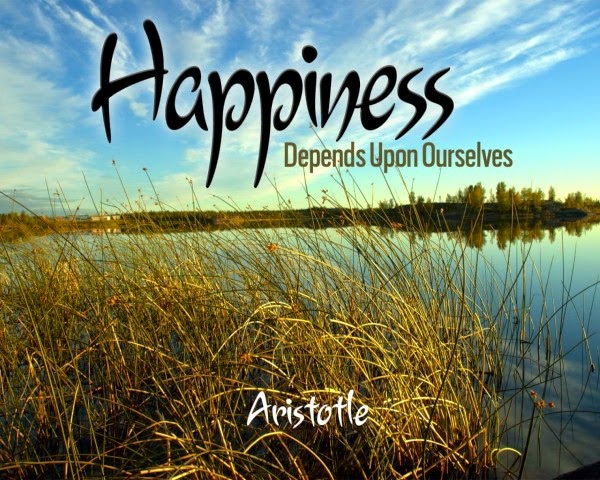 She had put on weight, a lot of it and she knew her husband was never a fan of big women, so that was the first thing she needed to work on. She once was very active and was such a good swimmer but now, she was always ashamed to let her body be seen in public. She would muster the courage and get back to it, then see where it leads. It would be a long road but she was determined.  She had suddenly become too busy to see friends but now that she had lost her only friend, she needed them. She started re-establishing contact. Some friends, she had lost for good, they were not so forgiving. But some were still open to remaining friends and she was quite pleased as it seemed like they had never stopped being in touch.

She put her heart more into work and got better results. She took things one day at a time and her labour paid off, she got compliments daily and they made her feel good.  She had noticed how her husband would come home and seem uncomfortable, he would try to have little chats but even she, had disconnected herself from him. It may have been a coping mechanism but it had become the norm. Now, she knew she had to put that right. Their chats seemed awkward and lame. They had been sleeping in the same bed for almost a year with no form of affection.

On this particular Friday, she took the boys off to a family friend that had children of similar age. They would spend the weekend there. She was mentally ready to start walking the path to becoming what they once considered 'a normal couple' again. She had some lingerie that had been waiting for a perfect moment to be worn, at one point, she had grown too big for them. A part of her knew to prepare for rejection, should that be what would come her way. She cooked his favourite meal and sat in their candle lit home waiting, in the shadows where she could watch him walk in. The moment he walked in, she sensed that something was not right. He stood looking shocked, but she could still sense that he was in a foul mood.

He dropped all he had and called her name. She stepped out in the lingerie he bought for her which he once always expected to see her in. Without a word uttered, he walked up to her then grabbed her and right there, all the time of fighting melted with their passion matching one anothers. I missed you he finally said to her breathing heavily. I missed you too she replied trying to steady her own breathing then burst out in laughter. What were we fighting for? She asked. Coming to terms with the foolishness of it all, he equally burst out laughing. Things seemed to have gone back to the way they used to be. They talked and talked, catching up, sharing jokes, events, things they had missed while they were both consumed holding up the angry front. They spent the weekend cleaning the house together and just talking, being, catching up and discovering new curves and secrets to each other’s bodies. He complimented this new woman who had found herself again and her body, he loved it even more.
And that night when all the passion came back to life, was the night the girl she had waited for was conceived. She had stopped using her birth control pills. She was not even sure what her husband’s response to her efforts would be that night but had decided to try.

On this day, sitting in the hospital, Ebo’s life flashed before her. She remembered the day she showed her husband the test results. She half expected him to send her packing, but he hugged her and held her tight. He was genuinely happy that he was going to be a daddy again. When they found out it was a girl, she cried uncontrollably at the hospital. That was the day she knew her name. She knew that very moment that this girl she waited so long for had brought peace to her in every way. And she named her Ebo (meaning peace in Idoma).  The pregnancy was without stress. She had been told by many that it gets tougher with age but her body defied all that. On the day she was born, a year and a half ago, her husband could not stop kissing the girl, she was beautiful, very beautiful from the moment she came into the world.

For some reason, the private hospital they always went to, was not an option for her to take Ebo to. They had mostly young doctors. Although they were skilled and good at their job, she wanted old and experienced hands to treat her baby today, she could not take any chances. They were driven to the general hospital in the community where they lived. As they arrived, the doctor they met was about to leave, but the moment he looked at that baby, he knew what had to be done. Swift movements and she was in the theatre.

A few hours later, a guy appeared from nowhere and was half speaking/half announcing that the diesel in the generator was nearly finished.  All the calm and tension that Mrs. Idoko had managed to keep together to that moment vanished. She shouted so much at him and told him that if the electricity went off, he would see an even worse side of her. She held him and told him that her baby was in the theatre and if that baby died, she would not be responsible for whatever happened to him.
Just as she was holding him, shouting, Mr. Idoko walked in. Looking confused at the sight before him, he tried to save the day, but just then the doctor walked out!

PS
This post is a combination of different true life events...
Posted by Ene Abah at 09:00:00