My time in Cross River State


Yesterday was my birthday and I am thankful for all the love and good wishes that I received. I received an early birthday present that had been on my bucket list for some time.

Thanks to the long Eid weekend, my very special someone whisked me off to Obudu, then Afi Drill Ranch in Cross River state. We had two working days as public holiday, so we were gone from Friday 3rd October, to Tuesday, 7th October.

I had heard wonderful stories particularly about Obudu Cattle Ranch/Mountain Resort but what greeted us was amazing. Although it was a long drive, the journey up there was smooth, we went in a group and contrary to what the other travellers thought, they found that the road was in better condition than they expected it to be.

As we drove into the famous Obudu Cattle Ranch/Obudu Mountain Resort I could not contain my excitement, it was beautiful. I thought I would be terrified by the winding road but going up, the view had my total attention.  The Mountain Resort is about 5,200 feet high (1,576m above sea level). See some pictures of the beautiful scenery.


We saw a waterfall from the distance, it looked beautiful so some of us went on a hike. We went up hills, walked through three streams and had the pleasure of going by two waterfalls. It was an interesting hike.

Those who went on the 9 hour hike could not try out the cable car rides or do the canapé walk, but the group split into two as amongst us, there were families with young children so while we were hiking, they went on the cable car and did the canapé walk, it was great I gathered.
I loved the serenity of the resort, although we were warned that some of the people who lived in nearby villages could parade themselves as workers at the resort. The climate was different, it changed so quickly. It could be all foggy this minute then clear the next.
Power in the resort is provided by a generator so it comes on at 6P.M. and goes off at 11:30P.M. then comes on in the morning at 7A.M. and goes off at 10A.M. That was sufficient to charge any devices we needed.
The mountain villas where we stayed were lovely. Made from material from Finland, to suit the weather, we were told. 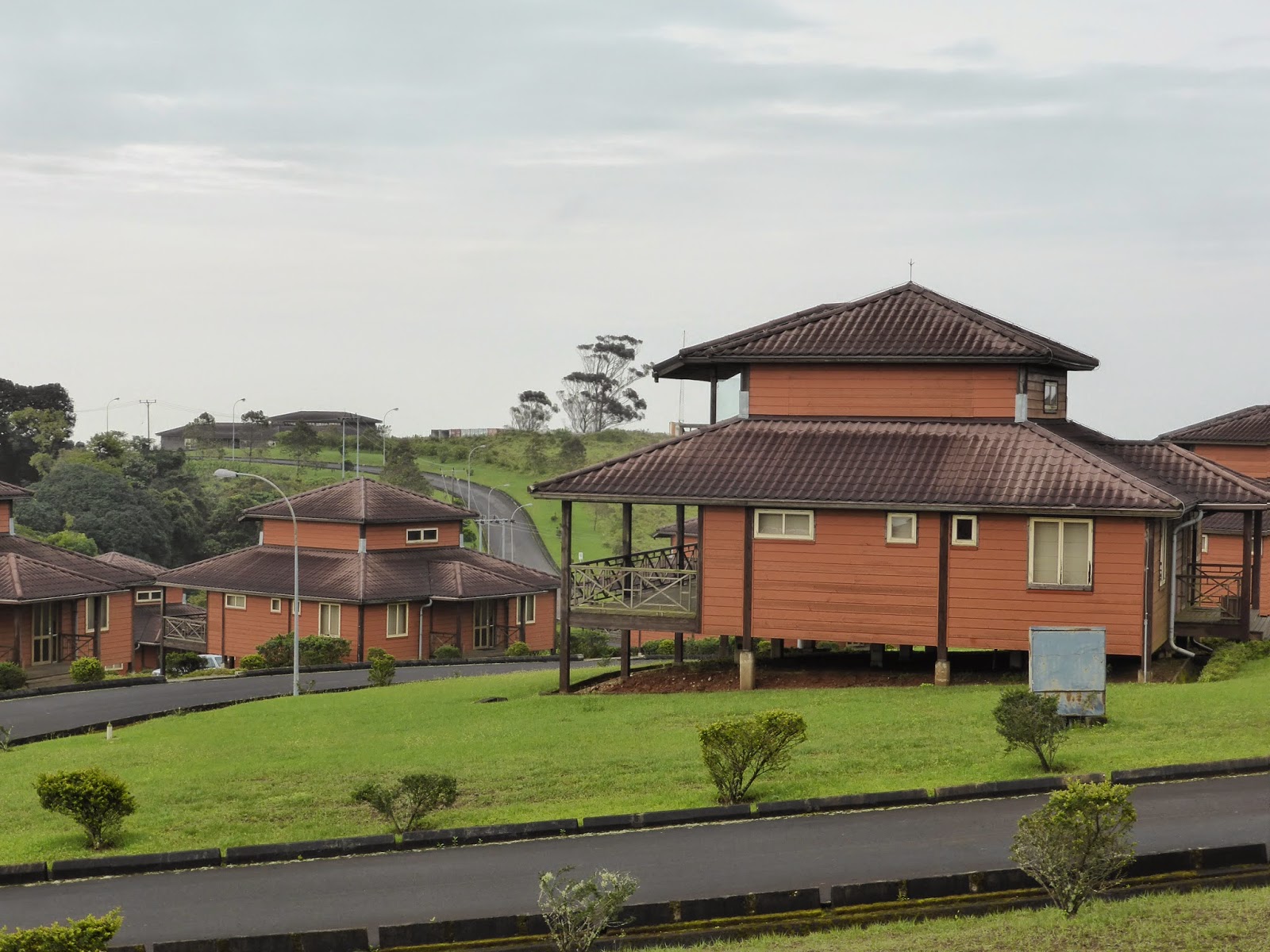 We spent three nights at the resort then had to proceed to Afi Drill Ranch for our last day in Cross River state. Afi drill ranch conservation project's aim is to protect drill monkeys, one of the most endangered specie of monkeys. The monkeys are brought from different places to the Ranch where they are cared for and prepared to be released into the wild. Getting there was adventurous. Only 4x4’s could survive that road/path (not sure which is most appropriate). We even drove through a river. 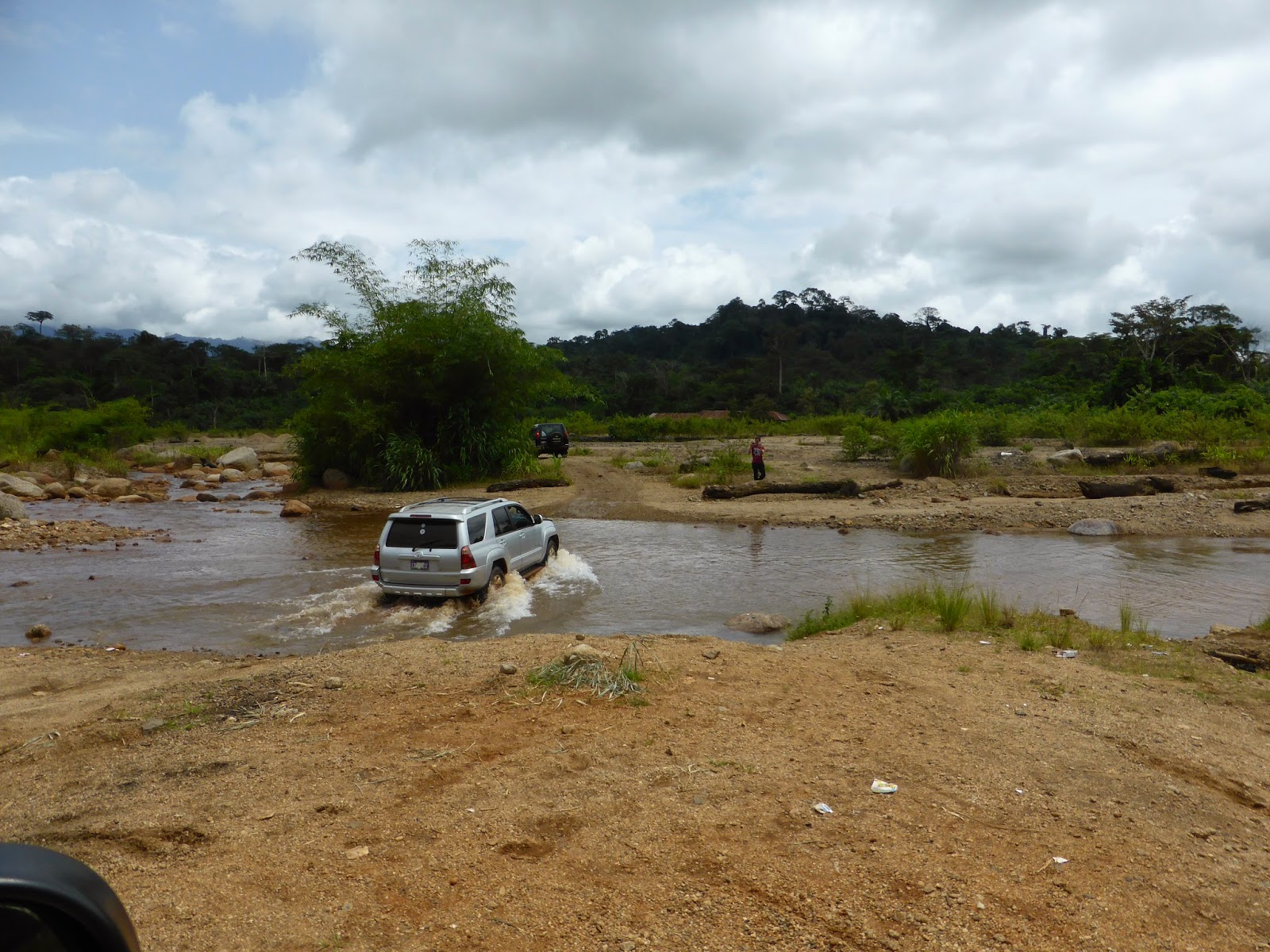 The place had the feel of a village to it. There is no electricity, cooking utensils are provided but each guest has to do his/her own cooking. The rooms were very basic with a bed and side tables. The windows were made from nets to protect guests from mosquitoes and other insects. Each one was somewhere in the bush.

It was life in the jungle as I called it…LOL. The shower was open, just like it would be in a village. If you know what a village used to be like just a few years ago, you would know what I am talking about. The kind of open shower you’ld need to shield with a wrapper or towel, that type. But there was a water barrel (drum as we like to call them in Nigeria) high up which would be filled up by someone, it was connected to the shower. We were warned to use water cautiously so we would not run out of water while taking a shower.  The toilet, was basically a pit toilet with wood over it as the sitting area/toilet seat. The pit was covered underneath and to do your business, you would need to remove the lid then cover it once you are done.

The drill monkeys were kept in a wide area surrounded by electrified barbed wires. The Alpha male stood out with his pink and purple bottom. We watched them being fed, they were quite noisy and it was a race for the fastest one to catch the bananas in some way. 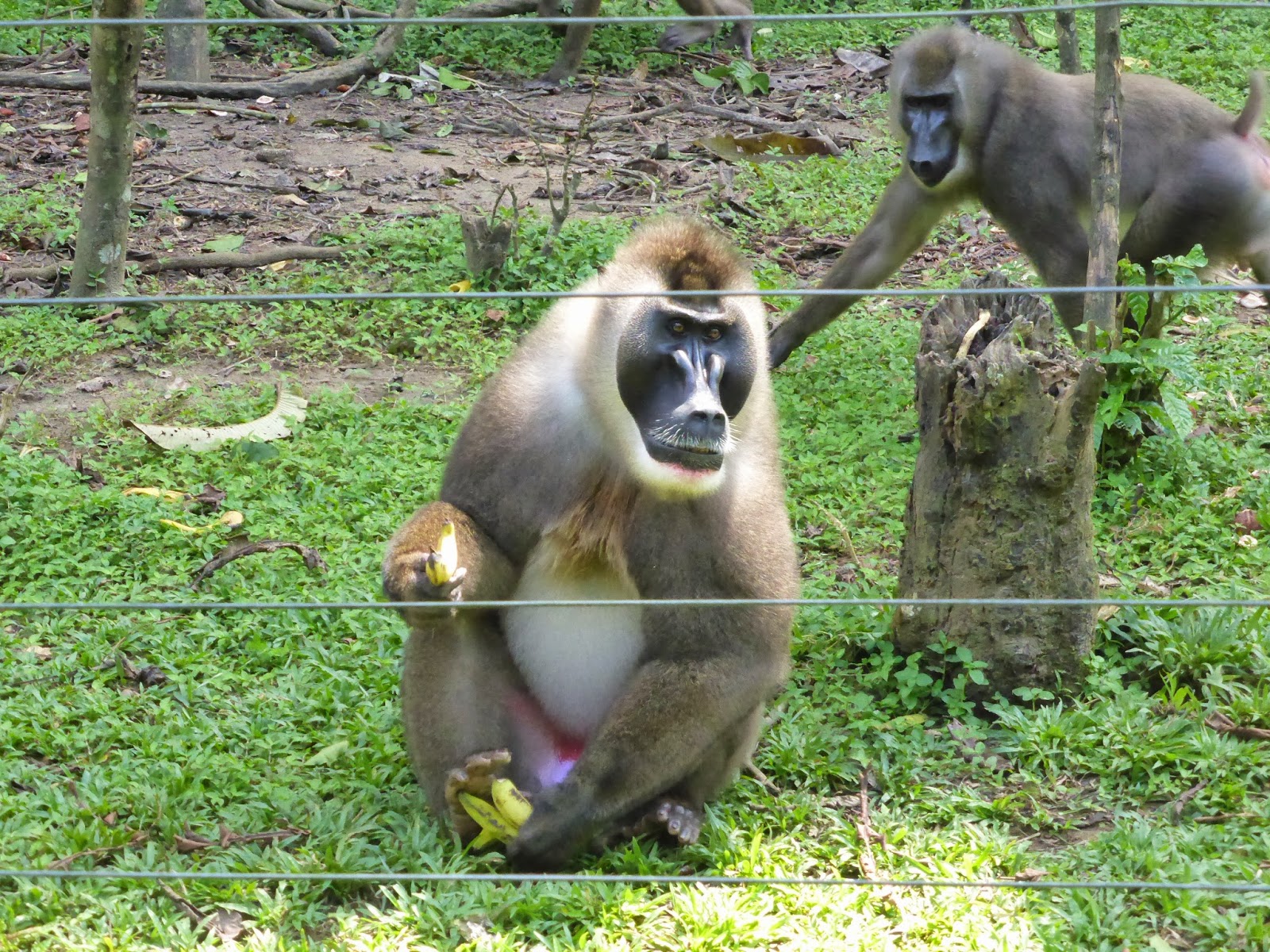 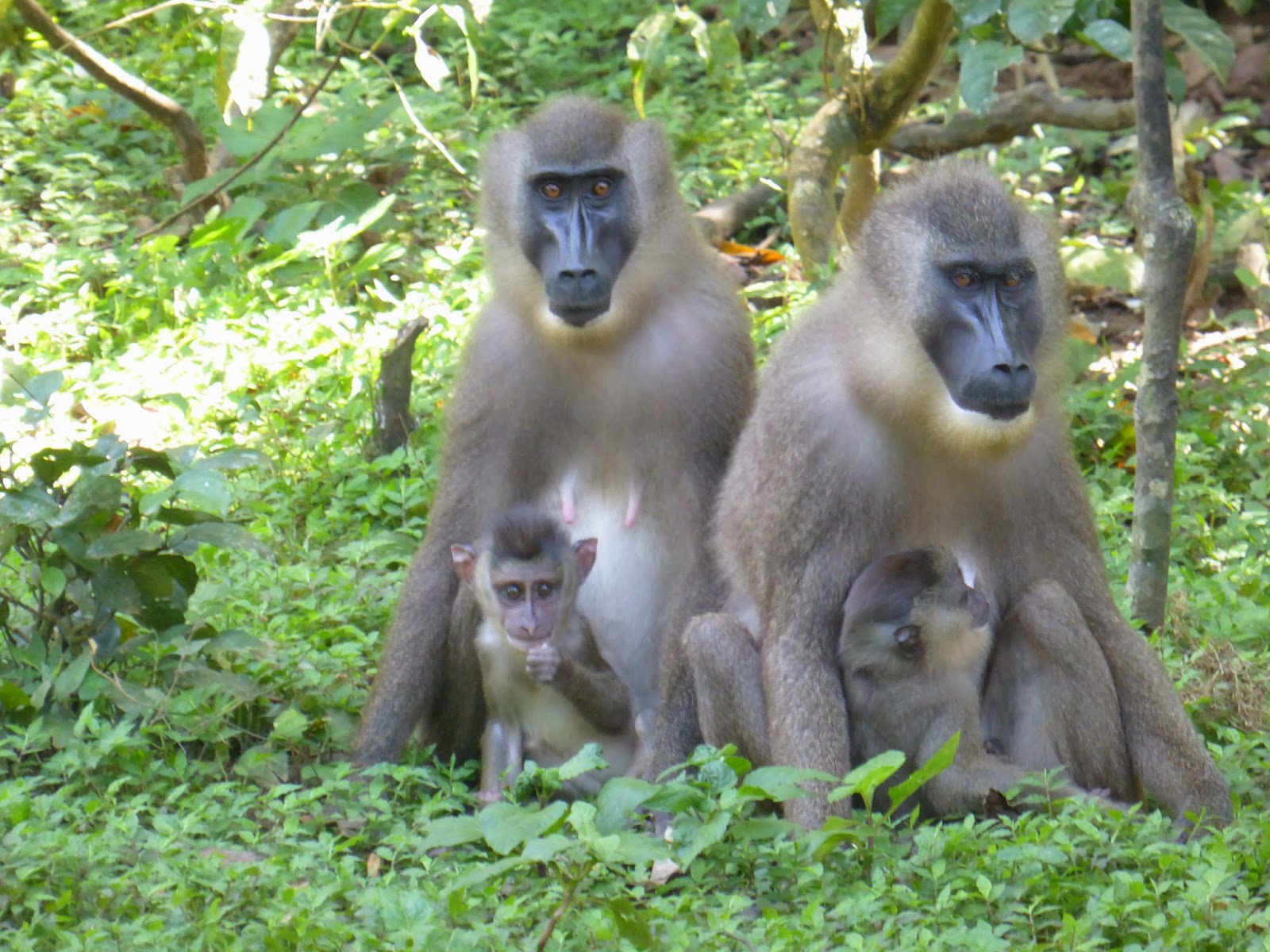 There were also chimpanzees, again we watched them being fed. They were noisy and there was an also alpha male. 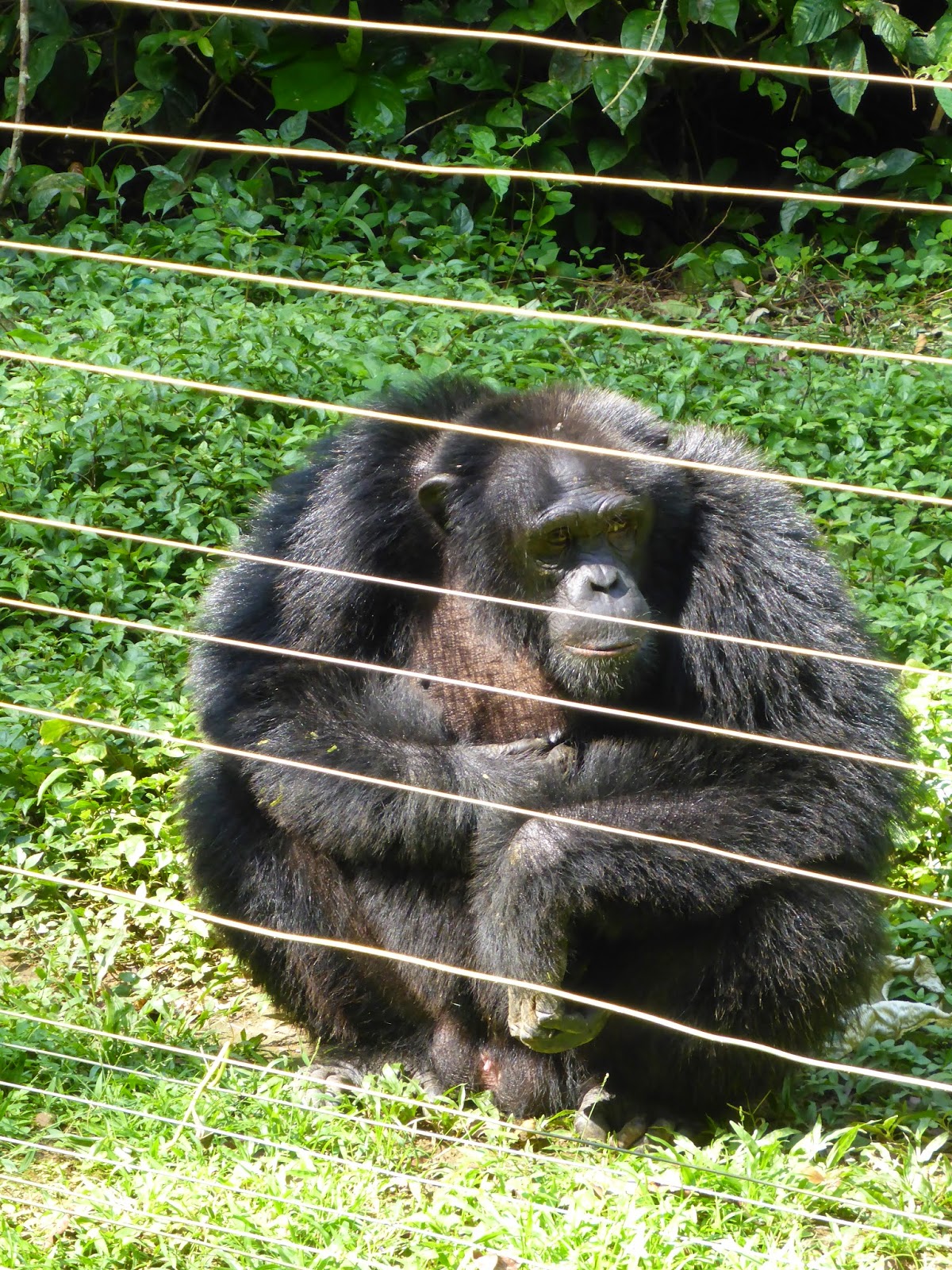 We watched one who asked for more continuously, she had her infant clinging onto her. Maternal instincts are always nice to see. She was so protective of her child. As were the drill monkeys with infants. 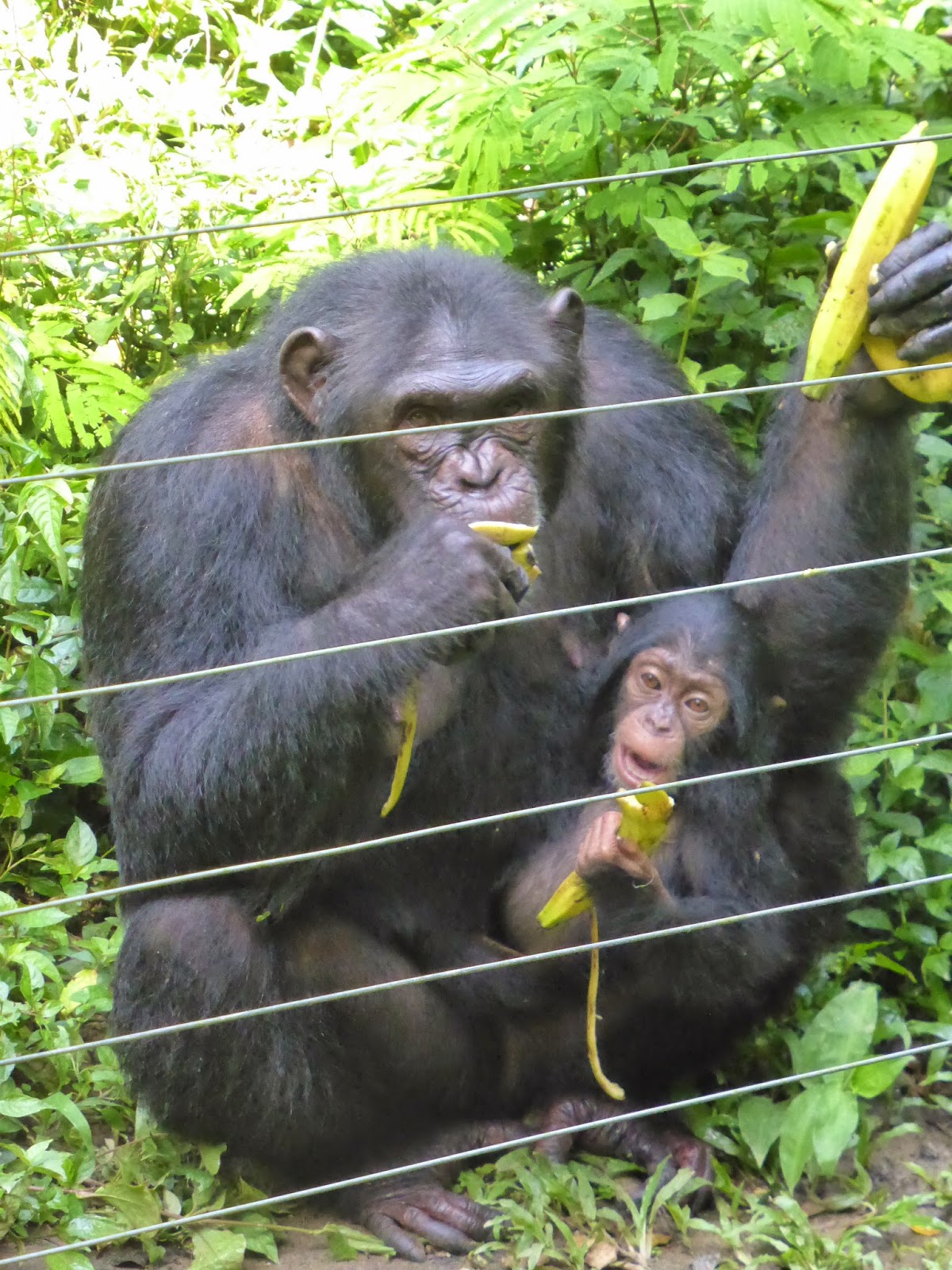 At night, sounds from different insects lulled us to sleep.
It was humbling to see people whose lives are like this every day and some who had given up the luxury of life in the city to live in a village. The project is quite inspiring. The Dutch man we met there seemed extremely happy to have company.  If you are around Cross River state, you might want to visit.

The journey back to Abuja was longer, a total of 12 hours but the trip itself was very rewarding and it was nice to get out of Abuja. I enjoyed myself all thanks to JB.