It is almost common place to hear 'anything for the boys?' from guards to drivers, filling station attendants and worse, Policemen! I don't mean to sound . . . (can't find the appropriate word) but I always stop to wonder if they aren't paid a salary. It may not be decent but begging shamelessly, I simply can't come to terms with that and it puts me off.

Once I was travelling and thanks to a certain group of people, there are numerous military and police check points on the roads in Nigeria. I was flagged down and we greeted each other then the elderly man who happened to be a policeman standing by my car door asked, 'won't you give your father anything?' I looked him in the face, my response was 'will a father not be the one to give to his children? Besides I am travelling so I'll prefer that this father says a prayer for journey mercies for me'. It worked like magic, he said a few words then bid me farewell, I was on my way again.

Why would people like the police think that they were offering 'customers' some form service when it is their duty to protect lives and maintain law and order? They suddenly feel like tips MUST be given to them by everybody. Apart from the American 'tip notion' where tips have to go with a service, I think tips should be earned. Offer your best and let the customers decide whether or not to give it.

I do not have anything against banks, but they seem to have the most badly behaved set of people in their customer service departments. The ladies are more interested in the way they look than their jobs. They have attitudes that are dowright rude and unacceptable. A lady could be busy on her phone while customers stand in line waiting. . . seriously?! I happen to be one who is particular about customer service but I always get disappointed. From banks, to restaurants, to stores, you name them.

I went out with JB and after paying for drinks, we had some change left but the waiter did not bring it. When we were about ready to leave, he asked for the change and the waiter muttered words beneath his breath which we both didn't make anything out of. Anyway, it was time to go and we still had not got the change so we walked up to the bar and JB being the gentle man he is, asked politely for the change. The waiter asked us to hold on and carried on with his activities without a care in the world. 15 minutes had passed and we were still waiting! We started to grow impatient at this point and he asked again, the fighter in me was slowly beginning to wear her boots but I had to behave, we both didn't want to cause a scene. Another 10 minutes passed and I was livid, I called the waiter and asked for our change, the fact that he ignored us the whole time made it all the more annoying. I tried so hard not to raise my voice and right on cue, JB took over, he more of ordered that the change be given immediately (I had to hold back from laughing at him). At this point, you'ld wonder why we insisted right? JB looked at me saying I won't back down now, the last time we were here (which was three days earlier), I asked and when I didn't get the change, I let it go but not this time. From the much I know about him, he says something and follows it through so there was no turning back. Thirty minutes had gone by and a man who had watched the whole scene decided to take up the fight. With his voice louder than both of ours combined, he yelled at all the waiters commanding them to give the man his change, asking for the manager to be brought into the matter also. Apparently a man who sat beside him left complaining about not being given his change. He rightly stated that if the waiters wanted a tip, they would have to earn it instead of taking advantage of people. He was angry and we both stood there smiling gratefully for his intervention. Within two minutes, the problem was solved. JB walked over to the man to say thank you and we heard his loud voice even after we had walked out of the gate, we both burst into laughter while we teased ourselves. 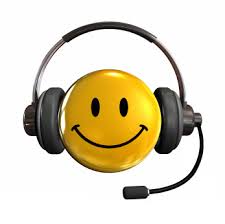