A notification popped up on her phone, it was a friend request on Facebook. This person looked familiar, but she could not place where/if they had met. They had so many mutual friends, so why not she thought to herself. She accepted his request.


He sent messages, but she did not feel inclined to respond at first. A few days later, he buzzed again so she thought she would be polite. Before long, she realised that he drew her in, the guy knew how to hold a conversation. He made her laugh and their banter flowed naturally. She looked forward to chatting with him, which they did daily.


Tare caught herself imagining what it would be like to meet him. The topic came up and they finally set a date for him to visit. She was nervous, she had butterflies in her tummy, but it turned out to be such a beautiful time. She laughed like she had not done in such a long time. There was a strong attraction between them and on that front, she had not been getting any action. 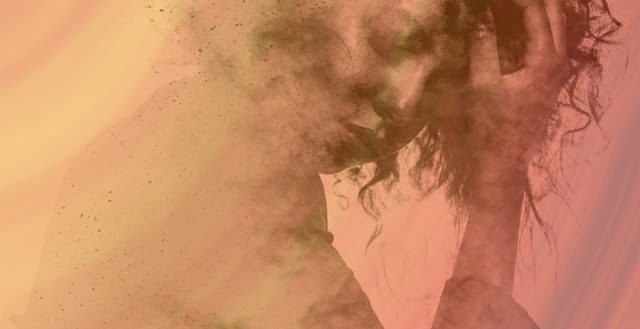 One evening, they sat under the stars gazing into each other’s eyes, it was a time of just pure bliss. They didn’t say much but they seemed to take in every detail of each other’s’ faces. They spoke about their future plans individually, but she noticed that he seemed to include her in some of his. Well, she was not about to let her guard down just yet. Time went by so quickly and when it was time for him to leave, she missed him even before he left. This seemed to be the start of something remarkable for them.


The next month, her monthly period didn’t show up. Ordinarily, she would not care as there were times it had a mind of its own. But this time, she had every reason for concern as they got careless. She started to freak out and called her go to. “Tare, are you crazy? What were you thinking?” Was all she got back from the other end of the phone. Iyabo was mad at her. The story might have been interesting, but this had made it all bitter sweet. Iyabo rushed over with a home pregnancy kit. The wait was Tare’s longest ever! 'It’s positive' Iyabo announced. Tare was thrown into instant panic and confusion all at the same time.


The thought of having to call a man to break this news frightened her. She had not made such a mistake in her crazy days, why now? What was she going to say to her mum? A million things ran through her mind. She had messed her life up, why at 32? She was supposed to be smarter than this. She braced herself up for the worst and made the call. He was overjoyed…it was like he was waiting for the call. She didn’t understand, did he do this intentionally? It looked very much like that was the case. Dude told her clearly that he took a shot and knew there could be this as a result, so he was prepared. It irked her, she was too shocked to say anything, so she ended the call.


The following day, he called to check how she was doing, and in one breath, it all came rushing out. He was already making arrangements to do the needful with her family. This was supposed to be a good thing right? She had dreamt of getting married, how her wedding would be was in her head. Here was a man willing to be honourable because she was carrying their baby. She had mixed feelings, but there was no time to process anything. She went off on him, expressing her anger, confusion and fear but this guy had a way of making even the scariest thing look beautiful. She gave up and decided to go with the flow. She allowed everything sink in, her whole life was about to be turned upside down, she was about to move to another continent. Finally, she made peace with herself and accepted her lot.


The D-day was drawing close, and she was showing. She would not wear her dream wedding dress, but she would wear one nonetheless. Seyi was arriving in a few days and things seemed to be going according to plan. She felt a sense of happiness but at the same time a sense of loss. Unsure what the loss was, she decided not to dwell on it. Everyone seemed more excited than she was, her mother was over the moon! Being the first and feeling the sense of responsibility to not bring shame to her mother, that alone made her glad.


From the moment he arrived, everything happened in fast forward. The wedding was a huge success, it would be talked about for a while. Tare and Seyi spent a week after the wedding to get her things together. She had handed in her resignation and her last day of work was two weeks before the wedding. She was quite the planner, so she always had her plans intact. They spent the next two days recovering, falling in and out of sleep. She had packed all she would travel with. The rest, she intended to give away. Iyabo had already turned the suitcases upside down taking what she needed. On the drive to the airport, the sense of loss came back so heavy, she burst into tears. Seyi was unsure what to do, but he pulled her in and let her cry her heart out.

Watch out for the rest of the story next week 😊

NB - This story (slightly modified) is based on true events...
Photo Credit - Google Images
Posted by Ene Abah at 13:17:00