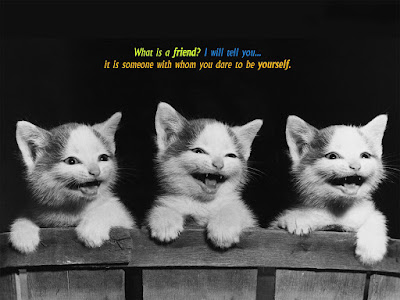 Zarah and Hassan had been friends for the longest time. They could have been described as best friends but for Hassan’s girlfriend. Zarah was cautious because she knew that Hassan’s girlfriend was not her biggest fan.
Hassan was known in Zarah’s family. When Hassan would visit the family house, he would call Zarah ahead to make a meal for him or bake for him or satisfy any food cravings he might have at the time of his visit. They supported each other, encouraged one another and they had a friendship that was worth admiring.

Years had passed and they both lived in different cities so they did not see each other as frequently as they used to. Zarah was going to leave for her studies overseas and Hassan was set to marry his girlfriend. Zarah and Hassan were not pleased that she would miss Hassan’s wedding, she had been looking forward to it. So Hassan went to Zarah’s family home to spend the weekend with her and her family before her departure. About a month after she left, the wedding took place. She spoke to the couple giving them her best wishes and for once, Hassan’s wife sounded pleasant. Zarah took it that her insecurities had been laid to rest.
Fast forward to two years later, they had a child and by then, Zarah had returned home. She was travelling through the city where Hassan and his family lived so she was keen to see them all. Hassan was equally excited and they had set plans in place for Zarah to be picked up on her return to spend the night as she had an overnight lay over. On the day of her departure, she called Hassan as a reminder to say she would return in three weeks and was excited to meet his family so she asked him to be there when she got back to pick her up. To her surprise, Hassan stammered, she asked what the problem was and wanted to hear what might be bothering him. Hassan told Zarah that he was sorry but their plans might not work as his wife said she did not want Zarah in their house. Zarah was shocked into silence. He went on to explain that the wife threw a tantrum and said she would be happy to make a contribution for Zarah to stay at a hotel but she would not have her stay over. Zarah lost it, the first thing she said to Hassan was to tell his wife that she didn’t need her money. She could very well pay for a hotel if she so wished. She also made it clear to Hassan that she had had enough of his wife’s horrible attitude and words.

She took him down memory lane, reminded him of when they broke up at some point in their eight year relationship. Of course it was Zarah’s shoulder he had to cry on. Then, he started to ask Zarah out as he said she was everything any man would want in a man but Zarah was wise enough to decline and said she would not be his rebound. Moreover, he had made his choice and was still in love with his girlfriend, so he needed to sort things out and get back with his girl. Zarah made it clear that if she wanted anything with him, she had so many chances in the past but she has some moral standards and enough respect for both parties. She told him that she never wanted to be around his family, if she ever would be in his city and would want to see him, she would let him know to meet her up. He begged, apologised but she said she would keep her distance, the wife was his to put up with, not hers. She had no reason to put up with such a fowl attitude or to deal with any more disrespectful behavior.

Their friendship has not been the same since. Hassan has tried to reach out to Zarah but she is smart enough to know that she should stay away for his sake – to save him any trouble in his marriage on her account. And for her sake – to keep her respect by avoiding any drama. They meet up from time to time and when they do, the love is there but things are not just the same.

This is a based on someone's experience and from this account, there are two questions that jump at me which I would like to read your comments/opinions on:
1)       Can a male and a female not have a platonic relationship?
2)      When a male and a female are close friends, if one person chooses to get married, how is the other supposed to feel or act afterwards?

So let’s hear your thoughts on this please…Many thanks for reading.

Also featured on BellaNaija here.
Posted by Ene Abah at 14:41:00