Meeting the Democratic Republic of Congo

I got to the airport early to avoid the rush. As I finally settled at the gate that was displayed on the screen, I got busy, killing time. At some point, it didn't seem right. The people at this gate all seemed too calm and quiet. I had 30 minutes before boarding time and decided to check again. I decided not to rely on the information on the screen and asked an airport staff. I was told that I was indeed at the wrong gate.

I rushed to find the right gate and as I approached, I knew these were the people I was looking for! Congolese people are vibrant, kind of like my fellow Nigerians. There were people speaking loudly, some overly dressed, which the Congolese are known for and of course they were disorderly. People had started lining up to make their way to the plane. The flight was smooth, then when the plane touched down, on cue, people started clapping. I did not understand how I felt, but I was actually shocked that so many people were clapping in sync.

Getting through the airport took some time, then we got into a bit of traffic, which I learnt was normal. As we drove on, I was getting the old city, Lagos kind of vibe. I could not believe I was in Kinshasa, I had heard so much about this capital. I was looking forward to discovering it. There were a few colleagues I had worked with in other countries who I was happy to see.

The explorer in me wanted to see the museum on Saturday, but it was outside the green area (security rules) and I would have to get approval to go. So I ditched the idea. I was only in Kinshasa from Thursday when I arrived until Sunday. I was to leave early on Monday for my duty station.

I noticed that although driving was on the right side of the road, people had cars with the steering wheels on both sides. It was confusing at first having to look for the driver when I looked into some cars.

First thing on Monday morning, I headed to the East of the country, to South Kivu, East of Congo. I flew from Kinshasa to Bukavu (the capital of South Kivu region). The flight took 4 hours, by the time I arrived, I was exhausted.

The next day, I continued to my office in Uvira. It was a 6 hour drive. We drove through mountainous areas, through escarpments and the roads were dirt roads. The trip was quite bumpy with sharp turns, overlooking mountains. People afraid of heights may not do too well on this trip. My road sickness on bad roads came right back! And I questioned my choices the whole time. Why was I subjecting myself to this again? I would have to deal with this for the next 18 months of my time here. But anyway, I made it to Uvira in one piece. 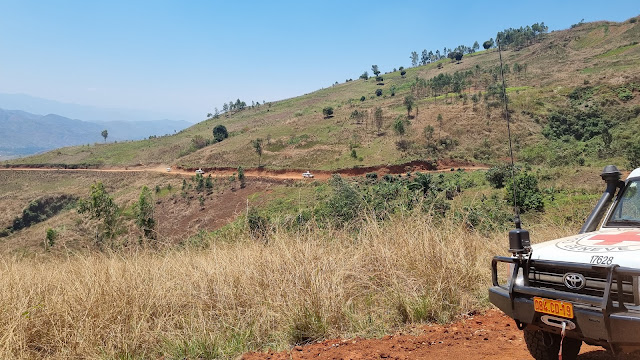 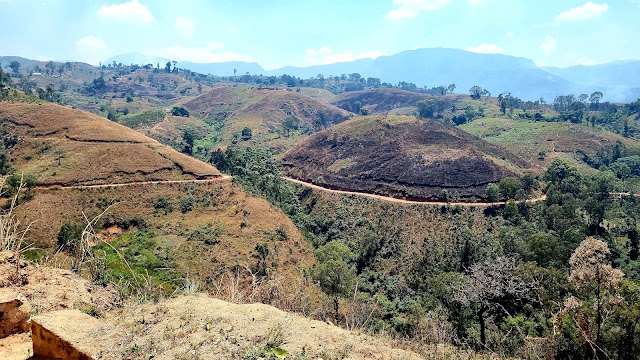 Uvira is isolated, with no roads. To get from point A to B, it is a joy ride of bumping up and down in the car. There is almost no form of entertainment, so finding ways to entertain oneself is key. It is a village by Nigerian standards, but they call it a town.

The town overlooks Lake Tanganyika. The people are alright...people will tell you things as they are. Being Nigerian, I much prefer this to people not being straight forward. Nigerians tell it as it is. Also, from what I have heard and seen, Congolese people could be quite desensitised to violence and things can go from 0 to 100 in a few minutes. I've seen some videos and some things I have read and heard are quite scary. But we'll see how it goes.

In Kinshasa, the capital, people speak Lingala and French. There are other dialects in different parts of the country. In the East where I am, people speak Swahili and French, although the Swahili doesn't sound the same as the KiSwahili in Tanzania.

The currency here is the Congolese francs but dollars are equally in circulation. This one shocked me a bit. You can get by without using francs. However in a place like the market, traders will take dollars but might mix the change with Congolese francs.

The Democratic Republic of Congo has long been troubled by different issues. I started work here in August 2021 and will be here until February 2023, so more posts to come...

~With the world being so unpredictable, this mantra comes more alive "live each day as if it were your last". You might be afraid to take certain leaps, do it afraid, but do it anyway!~